What Does It Mean To Be An IoT Engineer? 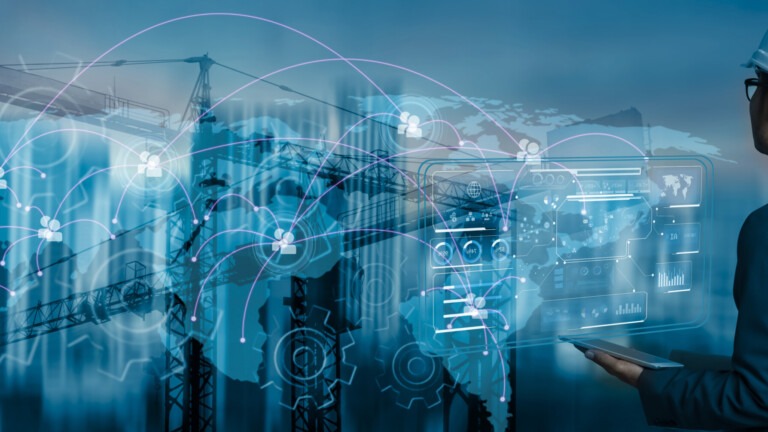 The term “IoT Engineer” is one that comprises dozens of job functions and areas of specialization. Engineers in IoT can work across the IoT stack – from devices to the cloud, user interfaces to connectivity and backbone support – and can hold roles that focus on a variety of system aspects.

IoT engineers are also in demand across a wide range of industries and many IoT applications. An engineer might pick an industry based on where the platforms in which they specialize are most prevalent or may want to support specific types of deployments that are common in a given vertical.

Here are some of the ways in which engineers support and build the IoT, and examples of applications within those categories.

IoT engineers maintain the infrastructure that makes up the IoT. They work on the platforms that run devices, the cloud computing systems that deliver data and ensure the various building blocks of IoT systems function properly.

This is an area of the IoT where mechanical engineers have an opportunity to show their unique skills. The “things” that make up the IoT are devices that require complex engineering to do their job securely and seamlessly. Mechanical engineers work on ensuring that hardware is durable, which is especially important for devices being deployed in harsh or remote environments. They also ensure the elements of a specific system are able to withstand changes in weather conditions and other hazards that might threaten delicate electronics.

Another role common in IoT infrastructure sees engineers work specifically with the sensors that are the heartbeat of the IoT. These devices collect information about anything from temperature to proximity to rays of light. With the IoT sensor market expected to reach $30.6 million by 2026, there’s a lot of room for individuals who are interested in figuring out how they collect and track different data.

This might involve experimenting with ways to optimize data and power usage across devices, such as prototyping and testing how to store certificates in the cloud. The end goal is to ensure the various pieces of a system’s infrastructure puzzle support the most efficient and effective end-to-end system.

Connectivity is critical to the IoT, and networking engineers keep systems up and running. Good IoT connectivity can cut costs, enhance scalability, boost profits, and improve the operational efficiency of an IoT project.

That kind of ROI requires the right engineers to support those systems. Engineers that understand mobile networking will be critical to supporting cellular IoT deployments. 4G is the most common cellular connectivity for IoT, so being able to work within that framework is key, but 5G systems are being built right now that will require support.

Even understanding outgoing systems is important. Following the 3G sunset, networking engineers will also be valuable in ensuring legacy systems are able to make the leap to more modern spectra.

An IoT engineer needs to know how to create systems that can communicate across different types of networks, from wireless to cellular to satellite, and handoff smoothly from end to end. Their understanding of the ways in which these networks work together can ensure that devices can transmit their data from the field to the lab.

Though IoT is heavily dependent on hardware and networks to run, software is critical to keeping all of the elements talking to each other.

For an IoT engineer, software specialists have to be familiar with development platforms like AWS and IBM Watson, and the lightweight operating systems that power the many devices that make up a deployment. They work in a range of languages – from C++ to Python depending on the devices and the system – and must understand system architecture so they can ensure data moves from one end of the system to the other without taking up too much memory or getting hung up with processing delays.

As software engineers build data pathways, they often must also understand the different protocols required for it to pass through gateways. Those handoffs are critical to an effective IoT system.

As software engineers manage those handoffs, they also must work closely with security engineers to protect the IoT network itself. From the hardware to the infrastructure to the software, each aspect of the system must be reviewed by a security engineer to ensure it will be protected from hacking, malware, and other system challenges.

Evaluating vulnerabilities and creating solutions for them is the security engineers’ role. In the first half of 2021, according to Kaspersky, there were 1.5 billion breaches of IoT devices, and the pace is only increasing. Security engineers are responsible for monitoring and addressing known threats and protecting against future attacks. Part of their role is to consider and plan how to address worst-case scenarios that could bring down a network.

IoT Engineers who work with data help determine how to process all the information provided by devices within the network. That might include solving data collection challenges or could involve creating dashboards that help visualize data brought in through the system.

Understanding AI and machine learning is a big piece of working with IoT data. Leveraging the power of AI/ML allows companies to process data more efficiently and effectively, but that requires thoughtful development. Data engineers provide critical support for that aspect of the work.

Data engineers also work to ensure all the data received is stored properly. This requires making sure the storage system has the right capacity, and that data within the system can be accessed quickly and accurately. The data must be available when needed, and enough of it must be stored for analysts or AI to be able to predict and monitor trends.

IoT Engineer Opportunities Are Developing All The Time

As the IoT expands, and companies find new ways to use the technology to support their customers, IoT engineer career opportunities are likely to flourish, as well.

From the infrastructure to the data, engineers support all aspects of IoT systems. There are many functions that keep deployments running smoothly, and dozens of specialties that can be classified as IoT engineers – this is just a taste of the disciplines that may work within the field. It’s a diverse industry that offers many ways to leverage engineering skills. For engineers interested in working in this field, it’s just a matter of finding the right focus.