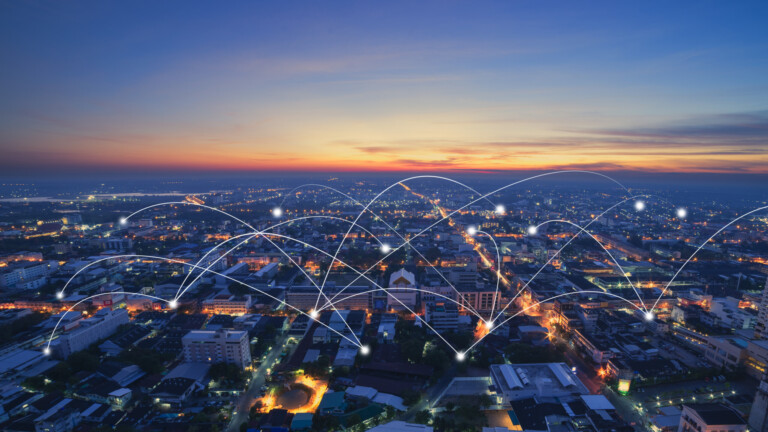 Much has been made of the potential of 5G to revolutionize the telecommunications industry. Yet despite all of the hype and even in the face of the 2G/3G sunset removing many legacy devices from the market, it appears that 4G technology remains the most prominent and popular connectivity solution for the IoT world.

Recent findings by ABI Research have found that the majority of IoT cellular modules are reliant upon 4G technologies. Of the 1,037 IoT modules from 52 vendors observed over the past two years, roughly 60% of the module models cataloged by the study (across both high- and low-bandwidths) are 4G. This comes in stark contrast to the oft-touted emerging 5G technologies, which represented only 45 modules in total.

“This is not surprising, due to 5G not being applicable to many IoT applications outside of the automotive space and for fixed wireless terminals,” said Harriet Sumnall, IoT Hardware, and Devices Research Analyst at ABI Research, “due to the original release of 5G baseband modems being aimed at consumer mobile broadband market.”

Is 4G the Best Option Available at the Moment?

In the wake of the ongoing 2G/3G sunset, it only makes sense that 4G would be the preferred connectivity solution for IoT developers. As an existing commodity, 4G technology already enjoys widespread adoption and infrastructure, meaning it can offer relatively consistent speed and latency virtually anywhere.

At its best, 4G connectivity can support data transfer speeds at a rate of up to 100 Mbps (though it is typically closer to 35 Mbps) with a latency of around 50 milliseconds. This is a considerable step up from the 3 Mbps of the outgoing 3G, and lower latency than the previous generation’s 63.5 milliseconds. For IoT sensors, which typically transmit fewer than 3 megs for a day’s work, this is a significant improvement over the previous generations.

That’s not to say 4G connectivity is not without its challenges. For one, 4G as a broadband cellular network was largely designed with consumer applications (such as smartphones) in mind, meaning there is a connection cost and battery consumption rate that may impact certain IoT applications.

To address this, 4G networks have evolved options for these more consumer-focused applications (LTE) as well as some for more data-heavy applications like IoT (LTE-M and NB-IoT). Though these options do fit well with many IoT deployments, they may not be ideal for every application.

Furthermore, though it’s reach is great, there are still pockets of the world – particularly rural areas – with poor 4G coverage. This is an issue that plagues most connectivity options, however, as providing the necessary infrastructure for strong connections in remote areas is not always a priority for telecom operators.

So What’s the Big Deal With 5G?

Though the slow rollout of 5G infrastructure means that coverage is currently quite limited, the potential of this broadband cellular network is undeniable. Estimates put the top theoretical speed of 5G at 20 Gbps, more than 100 times that of its predecessor. Though it is unlikely that most users will experience transfer speeds of that caliber, the current average is still 3Gbps.

On paper, the improvements to latency are even more impressive, as 5G latency is expected to go as low as a single millisecond. In an IoT setting, this is huge for applications that require instantaneous responses, such as self-driving cars or pipeline maintenance. The latency can also be a boon for AI performance, meaning vast improvements to predictive technologies, as well as virtual reality and augmented reality applications.

That being said, this latency improvement is solely between the IoT device and the cell tower. Any applications that operate over the internet will still be limited by the potentially high latency of the internet connection.

Of course, the development of 5G does also involve challenges of its own. For one, current 5G modules can be prohibitively expensive for some projects. Similarly, the hardware requirements for individual 5G devices – which can involve as many as 6 different antennas, among other considerations – can also prevent developers from embracing the emerging technology.

Will the Sun Set On 4G as Well?

Until adoption for 5G picks up, 4G will likely remain the most prominent form of cellular connectivity for IoT. Though fortunately for those with an eye toward developing using 5G connectivity, continued investment in the modernization of telecommunication structures suggests that the mass adoption of 5G may not be far off.

Across the globe, 5G coverage is being expanded every day. AT&T and Verizon are pushing forward with service expansions in the US, while Vodafone recently announced that it has provided 5G to as many as 45 million people in Germany.

And that’s only the tip of the iceberg. According to a recent release from The Insight Partners, the global Cellular IoT Market is expected to reach a valuation of roughly $18.2 Billion USD by 2027. Though the study does suggest that the limitation of 5G technologies may somewhat slow market growth, increased adoption of 5G deployments is anticipated to boost the market considerably.

Got a question for Soracom? Whether you’re an existing customer, interested in learning more about our product and services, or want to learn about our Partner program – we’d love to hear from you