How Do IoT Sensors Work? 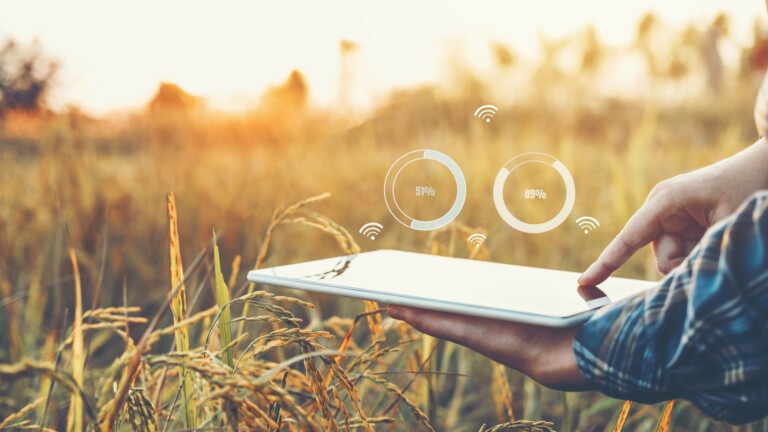 IoT as a concept is built on the acquisition of data, and that data, by-and-large, is drawn from sensors. The worldwide market for IoT sensors alone is expected to grow at a CAGR of 28.5% by 2027, and with the ongoing pandemic driving more industries to seek IoT solutions than ever, this growth shows no signs of stopping.

Though the importance of IoT sensors is evident, what may be less clear is how exactly they work. In this blog we’ll take a rudimentary look at the basics to try and gain a better understanding of this most basic part of any IoT deployment.

At its most fundamental level, IoT sensors work by translating observed physical data into electrical signals.This is largely accomplished thanks to Micro-Electro-Mechanical systems (MEMS).

MEMS are ultra compact devices, typically composed of semiconductor materials like silicon, that can range from as small as a micron to several millimeters in size. This allows them to be embedded into integrated circuitry (IC) with other components that can process and respond to incoming data.

That data is typically observed within specific physical phenomena, such as ambient temperature or pressure. Any observable changes in the electrical resistance or capacitance in said parameters triggers a response to capture the physical characteristics and transform them into electrical (and eventually digital) signals for input to a computer or electronic device.

How sensors function in an IoT environment

In IoT settings, this data is transmitted via connectivity protocols. This is typically accomplished via SPI or I²C digital interface protocols, which sends signals to a microcontroller. This allows each connected device to communicate and exchange data over a wired or wireless network.

The type of connectivity will vary from deployment to deployment. Solutions like Bluetooth and WiFi offer lower costs and high bandwidth, but have a limited operational distance. Other options like satellite and cellular IoT use more power but offer a larger range alongside strong bandwidth.

These connectivity options enable the data from the IoT sensors to be transmitted over the internet, where it can be delivered to a data collection server. The resultant information can be stored and pulled into a console, where it can be reviewed by users or monitoring software.

Some modern IoT sensors boast an integrated AI that handles a good deal of the data processing in a form of edge computing. This can help reduce the amount of data transferred, which both maximizes energy efficiency and prolongs the life of the device – making it ideal for applications with smaller batteries like wearables devices.

Naturally, there are many kinds of sensors being utilized by IoT developers. Here are some of the most common.

Other prominent IoT sensors track things like pressure, humidity, light, and gas, as well as speed via accelerometers, and velocity through gyroscopes.

As the IoT industry continues to grow, the sensor market in particular is predicted to reach a valuation of $34.4 billion by 2024. As these devices grow more compact and complex, it is likely they will find their way into even more applications.

“The burgeoning market is proving smart IoT sensors are able to be used in innovative new ways,” Aliaksander Kuushynau, head of GPS monitoring platform Wialon, told Information Age. “And with their advanced monitoring capabilities and efficiency, it is only a matter of time before they replace all basic sensors.”

………….
Do you have questions about an IoT project? Speak with one of our experts today to learn how Soracom has helped more than 20,000 innovators deploy, scale and secure their IoT projects.