What is the 3G Sunset? 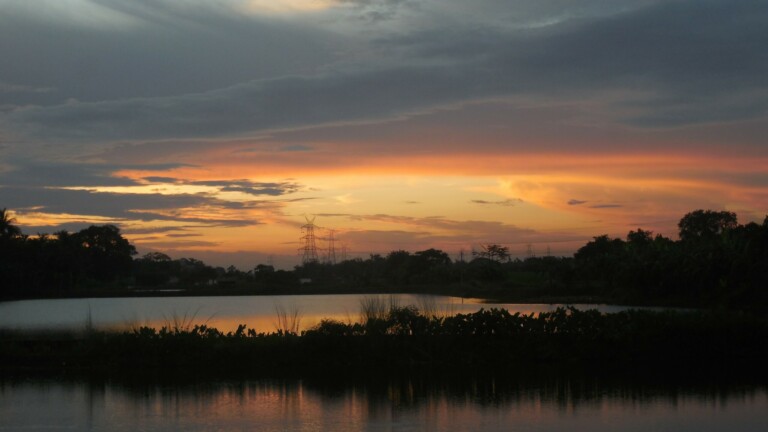 As the next evolutionary leap in cellular connectivity, 5G technology has the potential to change the world. From manufacturers of mobile phones to shipping companies hoping to better manage their fleets, virtually every industry is hotly anticipating the wider rollout of 5G networks, though not all of these conversations are positive.

Embracing new communication infrastructures typically means eschewing the existing ones, and in the case of 5G that means doing away with the longtime standard bearer for mobile telecommunications, 3G. Many major telcos are nearing the end of of their support for 3G, even as powerful trade groups are seeking to delay that motion.

This effort, known as the 3G sunset, is fast approaching. In this blog, we’ll examine what the 3G sunset is and how it will affect your IoT devices.

What is the 3G Sunset?

First introduced in 2001, 3G remains the predominant wireless mobile telecommunication technology in the world today. Though 4G (its broadband LTE successor) emerged around 2009, 3G has remained the backbone of cellular networks for the past two decades, thanks to massive global investment in the existing 3G infrastructure of cell towers and other legacy equipment.

To ease the transition to more advanced networking capability, mobile network operators have committed to a gradual phasing out, or “sunsetting,” of 3G connectivity. Like an actual sunset, the interruption in 3G service will be a gradual process, with cellular providers likely phasing out support in lower volume regions before moving to higher trafficked areas. Existing cell towers may be refurbished to support a more current network spectrum (a process called ‘refarming’) or simply dismantled/abandoned.

“It’s not like the light switch will be turned off, going dark at once,” Anton Albrand, chief revenue officer of industrial IoT solutions provider SkyBitz, told SupplyChainDive. “Instead, service and coverage will degrade. “

In Europe and the US, MNOs aim to shut down existing 3G networks by the end of 2022, with their European counterparts not far behind. Asia and other parts of the world are approaching the task more gradually, though it does look as if 3G will be globally retired over the next few years.

The 3G sunset has specific implications for IoT deployments. Once the networks are completely shut down, older IoT devices may be rendered inoperable. Some IoT fleets may be able to prolong their life through software updates, but most users will need to invest in updated hardware and new connectivity solutions.

What kind of impact can you expect?

A 2019 report by James Brehm & Associates suggests that the sunsetting of 2G and 3G will impact more than half of all IoT devices currently operating on cellular connectivity. Nonetheless the cost and complexity of updating large numbers of mobile devices (along with their underlying management architecture) has caused many companies to postpone upgrades until absolutely necessary.

Businesses are also legitimately concerned about the risk of security issues in emerging technologies. Any new technology brings with it the potential for new security vulnerabilities, and testing for new equipment has been hampered considerably over the past year due to shutdown provisions stemming from the Covid-19 pandemic.

One impacted sector is American law enforcement. Many agencies across the country rely on 3G connectivity to monitor non-incarcerated offenders via ankle bracelets and other devices. Testing for replacement devices has been slow, leading one supplier of these devices to claim that monitoring of as many as 250,000 offenders could be suspended with the loss of 3G support.

A similar situation is playing out over Point of Sale (POS) devices, where staffing issues exacerbated by the pandemic have tightened purse strings for many businesses running on legacy equipment. This has prevented many businesses from upgrading their equipment to function on 4G or 5G connectivity.

Updating a fleet of IoT devices has also been made more difficult by a global shortage of microchips – something that may impact the trucking industry particularly hard. Electronic logging devices, which truckers use to record driving hours, will be so impacted by the 3G sunset that the Australian Federal Motor Carrier Safety Administration has begun to cultivate a “revoked ELD list” of devices that will stop working in the coming months.

“I think there are a lot of reasons 3G is going away,” Andrew Rossington, CPO of fleet management service Teletrac Navman, told Transport Topics. “The changing landscape of what we do and will demand in the future, with autonomous vehicles, more sensors on vehicles and the large amount of data vehicles will send and receive in the future and 3G is just running out of steam.”

What are your IoT connectivity options?

Fortunately, there are a lot of connectivity options for IoT devices needing to be upgraded or replaced in light of the 3G sunset. The obvious answers like 4G LTE and 5G offer considerable processing upgrades over 3G, though the power consumed and costly infrastructure upgrades required may put them out of reach for some fleets.

Given the low data and power usage of typical IoT devices, LPWAN technologies like NB-IoT or SigFox, or LTE-M may be a more natural fit for some deployments. LPWANs support data transfers up to 200 kbps over a wider area than 3G or even 4G networks. This makes it the ideal solution for larger-scale projects like agricultural work or Smart City Installations.

Another viable solution is LTE Cat M1 connectivity, which takes advantage of existing LTE infrastructure to transfer low-to-medium amounts of Data across a wide geographical area. Similar to LPWANs like NB-IOT, Cat M1 can transfer data over a fairly wide distance – and its battery efficiency and power save mode can help prolong the working life of crucial IoT devices.

Soracom allows users to take advantage of virtually any IoT connectivity solution they can find via Soracom Arc. This blended network approach allows devices to connect over cellular, ethernet, WiFi and even satellite to ensure the most reliable connectivity for your deployment.