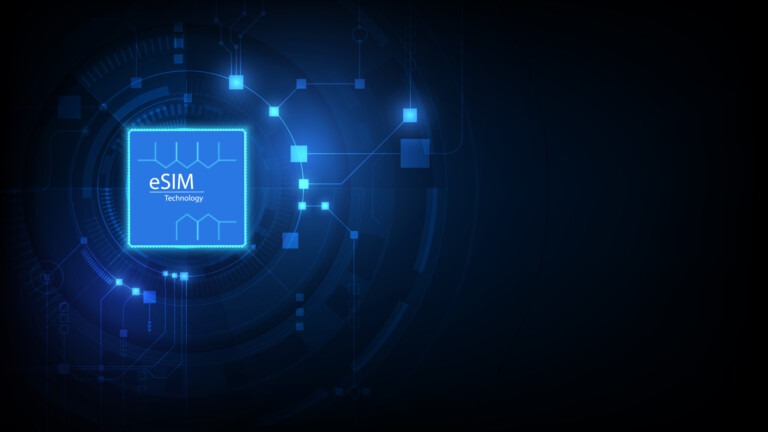 Though the potential applications of the Internet of Things appear limitless, the immediate future of IoT seems tied to low-profile solutions. Whether it be wearable devices or vehicle fleet management, it’s clear smaller former factors are positioned to open up new opportunities for IoT deployments. As such, it is no surprise to see that organizations are increasingly turning to eSIM technology.

A recent report from Kaleido Intelligence claims that active eSIM connections are expected to grow by 1400% between 2022 and 2027, resulting in more than 4.5 billion connected devices using the technology within the next 5 years. Much of this growth is tied to a new eUICC specification that has effectively lowered the barrier of entry for devices hoping to incorporate embedded SIMs into their designs.

This change will make it simpler for consumer devices like smartphones and wearables to rely upon embedded SIMs while maintaining their versatility, with Kaleido projecting that more than half of all cellular IoT devices will be using consumer or IoT eUICC specifications by 2026.

Researchers opined that this change could move eSIM into a more prominent place within IoT applications, rather than relegating them to highly controlled environments (i.e. testing) or backup solutions.

“The new specification is on the right path to mitigate the complexity associated with M2M eUICC, and will mean that eSIM for IoT is no longer simply for ‘insurance model’ purposes,” said James Moar, Principal Research Analyst at Kaleido Intelligence. “However, broad consensus among service providers and enablers will be required for it to realize its potential”

The Benefits of eSIM Technology

Of course, eSIM technology has practical applications in both consumer and M2M scenarios because of its many advantages over traditional SIM cards.

The most visible advantage of IoT eSIMs over card-type IoT SIMs is size, as eSIMs typically run about 5mm compared to the nano SIM’s 9MM form factor. Because they are soldered directly onto a device’s motherboard, eSIMs also tend to be more durable.

An eSIM also offers the ability to change connectivity plans over the air, a process that would otherwise require physically managing multiple individual SIM cards. Naturally, this is a boon for deployments that may cross into and out of a carrier’s service area, particularly fleet management and asset tracking solutions. eSIM also supports dual-SIM functionality, which can be essential for deployments that cross international borders.

The fact that the eSIM is soldered directly to a device’s motherboard also yields some security advantages. The fact that the SIM is not removable offers natural protection from bad actors seeking to launch attacks on a network through the device’s connectivity.

A recent report from Emergen Research adds a lot of nuance to the narrative around the continued adoption of eSIMs. While predicting a valuation of just north of $3 Billion USD by 2027 for the embedded SIM market, researchers identified manufacturing and government initiatives toward the adoption of EVs as key driving factors in the growth of eSIM technology.

And it isn’t just embedded SIMs that are expected to grow either, as the Kaleido report also indicated considerable expansion in the usage of integrated SIMs (iSIM) as well. Researchers believe that iSIM will represent around 19% of all GSMA-compliant eSIM shipments by the year 2027 – a rough estimate of over 300 million units.

Whether it’s an eSIM or an iSIM, it’s clear that these new forms of SIM technology are the future of consumer electronics, IoT deployments, and M2M applications.