Is iSIM the future of IoT Development? 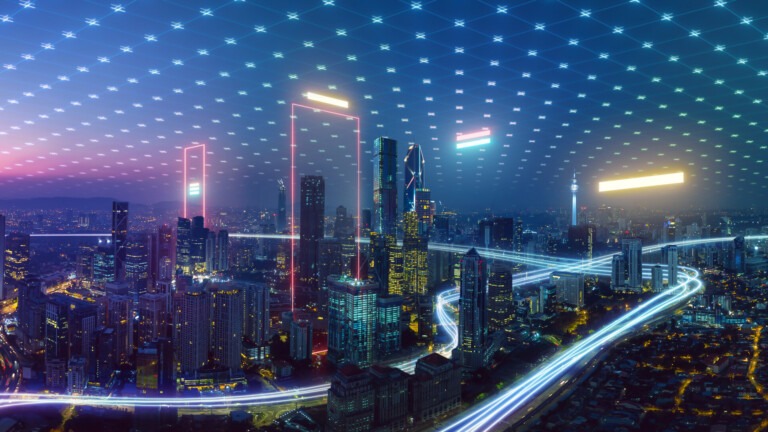 The Internet of Things is an ever-evolving concept, and with global spending on IoT expected to reach as high as $1.6 trillion by 2025, the future looks bright. Yet with the new year approaching, many are wondering what precisely the future holds for IoT

In a recent appearance on the We Talk IoT, a Smart Industry Podcast, Soracom co-founder and CTO Kenta Yasukawa spoke on the potential future for IoT, and among the topics creating the most buzz centers around Integrated SIM (iSIM).

Much like an Embedded SIM (eSIM), iSIM is a form of subscriber identification module built directly into a cellular module’s system-on-chip (SoC), eliminating the need for a physical SIM. The iSIM’s core functionality and low profile addresses multiple challenges facing IoT developers looking for the next great innovation – particularly as it pertains to miniaturization.

“By having an integrated SIM, we can reduce space and battery consumption,” Yasukawa told We Talk IoT. “Physical SIMs take up space. So for wearable devices or small factor devices, even an eSIM can be too large.“

Podcast host and Editor-in-Chief of Smart Industry Tim Cole then asked Yasukawa whether iSIMs would eventually become ubiquitous enough to find their way into more common devices like smartphones. The Soracom CTO believes it will happen in the coming years, a position backed up by a study from Counterpoint Research that predicted almost half a billion consumer electronics will support iSIM by 2025.

Furthermore, the iSIM could be the launching point for a new wave of Innovations.

“Since it doesn’t take any physical space dedicated for a SIM, [the iSIM] opens up more opportunities for small form factor devices to implement a cellular connection. We believe it would accelerate the production of connected devices even further, and that makes our everyday life even more connected.”

Yasukawa predicts that the greatest impact could be seen in the robotics and wearable device industries, highlighting that the low form factor of an iSIM allows for previously unheard-of levels of miniaturization in devices requiring cellular connectivity.

The power savings afforded by the iSIM is another factor that makes the solution a more attractive option for IoT devices, particularly in edge scenarios.

“When battery power [in an IoT device] runs out, there is no connection, no data, no actuation. In order to save battery, always using the lowest power solution is important,” said Yasukawa. “A physical SIM is a chip, and chips need power. Even though it is a small amount, it [still] drains the battery. It used to be negligible, but when it comes to small devices operating [its cellular module in low-power] mode that consumption is not negligible.”

A More Secure and Connected Future

Of course, any discussion of the future within the IoT sphere must also look toward security. Fortunately, Yasukawa believes iSIMs are no more inherently vulnerable to cyber attacks than any other SIM.

“The modules that support iSIM include a secure element that implements the same level of security as physical SIMs,” said Yasukawa. “In some scenarios, iSIM even has an advantage over physical SIMs because even if someone tries to steal the SIM [chip] or SIM card from a device, they cannot remove it and reuse it in another modem.”

In addressing the connectivity challenges that can be faced across the globe, Yasukawa championed the concept of blended networks.

“We have learned each IoT use case has a different requirement – and no one single connectivity option is perfect for all the scenarios,” said Yasukawa. “One of our customers in Japan, Nicigas, uses both SigFox and LTE-M connectivity to connect their gas meters – and since we support both options, they could achieve a hybrid solution that leverages both connectivity options simultaneously.”

All This and More

You can learn all of this, as well as his views on the future of 5G connectivity, OTA subscription management, and some history of Soracom as a company by listening to the latest episode of We Talk IoT.

Got a question for Soracom? Whether you’re an existing customer, interested in learning more about our product and services or want to learn about our Partner program – we’d love to hear from you!