What the Google IoT Core Shutdown Means for Users 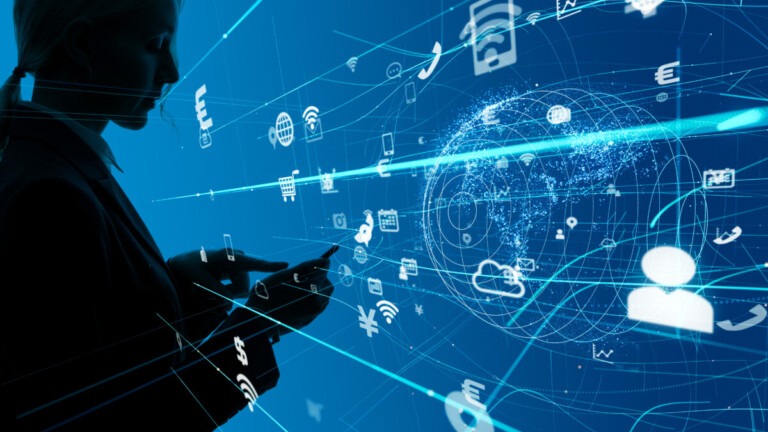 One of the industry’s largest names surprised the IoT community last week, as Google announced plans to shutter its IoT Core service in August 2023. The announcement came courtesy of an email sent to customers on August 18, and was echoed by a banner posted atop the IoT Core webpage the same day.

The announcement has provoked a lot of questions among IoT developers and associated businesses. So let’s explore what this means for users of Google IoT Core.

What is Google IoT Core?

Google IoT Core is a backend IoT service that allows users to easily and securely connect, manage, and ingest data from devices stationed around the globe. First launched as a public beta in 2017 before a wider release the following year, Google IoT Core was an instant player in the industry, being listed among similar giants like Amazon Web Services (AWS) and Microsoft’s Azure IoT Hub.

At the heart of the service are two primary components, a device manager that registers all connected devices to allow users to monitor and configure their fleet, and two protocol bridges (MQTT and HTTP) that allow those devices to connect to the Google Cloud Platform. Telemetry data from the devices is forwarded to a Cloud Pub/Sub Topic, which sends, receives, and filters datastreams to enable a number of cloud functions.

Google IoT core was designed with new businesses and projects in mind but was built to scale, offering pay-as-you-go pricing and access to the company’s fairly broad set of data tools. This includes Cloud Dataflow, BigQuery, Cloud BigTable, and Google Data Studio.

Why is it Shutting Down?

Currently, Google has yet to give a specific reason for shuttering the service. In recent years, however, the company has earned a reputation in some circles for making sudden decisions as they pertain to the lifespan of its services, having closed or discontinued support for more than 20 major products over the past decade.

“While this may come as a blow to enterprises that relied on Google’s infrastructure for their IoT solutions, it is not a shocking turn of events for those that are familiar with Google’s history.,” said Josh Taubenheim, head IoT analyst for Machnation.

The author further speculates that a lack of innovation may have made the service less competitive than its contemporaries – something supported by Google’s own communications closing the service.

“Since launching IoT Core, it has become clear that our customers’ needs could be better served by our network of partners that specialize in IoT applications and services,” a Google Cloud Spokesperson said when announcing the impending shutdown.

Some have speculated that the service’s troubles attracting new clients may have been a contributing factor, with market analysts at enlyft claiming that the company represented less than half of 1% of the global IoT Managed Service market. The company’s financials would seem to refute this, however, as Google Cloud’s Q2 financial reportings suggested 36 percent year-on-year growth.

It’s important to note that though Google’s dedicated IoT platform is shutting down, Google Cloud Platform will remain an active product.

For those organizations reliant upon Google IoT Core, the good news is that they have a year to find a new solution. Google has assured users that the service will continue to operate as advertised until its intended shutdown date of August, 16th, 2023. They have also offered support for those seeking to migrate to another service, vowing that “customers will have access to tools, docs, and other materials to migrate to newer versions with equivalent functionality and performance.”

While migrating to a new managed IoT service, may sound simple in theory, there are myriad considerations to be taken into account before such a transition can occur. IoT system architecture can be rather complex, so migrating to another service involves many moving parts, and the slightest oversight could mean part of your tech stack fails to function. There are some Google partners who are offering migration packages, though some may be looking elsewhere for their IoT management altogether.

Some enterprise users may prefer to transfer their IoT infrastructure to a vertical-focussed third-party data or device management solution. These niche providers may offer industry-specific expertise, but can also introduce their own challenges, particularly as it pertains to scalability, cost, and commitment. These organizations will want to research any platforms thoroughly, and possibly test in a limited scope, before committing to full migration.

Yes. No changes. IoT devices can still transmit data directly into GCP using a platform like Soracom. GCP is not going anywhere. It’s just the IoT Core product, as mentioned above.

The Importance of Planning Ahead

Yet another option is to design an IoT infrastructure that is not reliant upon any single cloud solution, instead creating a fault-tolerant multi-cloud system. Though there is an added layer of complexity in navigating multiple clouds, not to mention multiple bills to pay, plotting such a solution can help insulate a deployment from a service shutdown like Google IoT core.

Of course, there are also options to create an application that is fully cloud agnostic. Consider how you would migrate to another backend if you could no longer use your current one? How would you abstract away the backend environment? Services like Soracom can help by being the middle layer between devices and the backend, providing that additional layer of security in the event of the unforeseen.

Building a business is difficult, so it is extremely important to architect systems that allow the business to continue to operate. Selecting a cloud service that has strong support, and appears reliable is, of course, an important step in the process. Yet, even if you carefully weigh your options and make an informed selection, something unexpected can happen. As such, having an additional layer between IoT devices and a backend cloud infrastructure helps keep the business running, even in the event of unforeseen challenges.