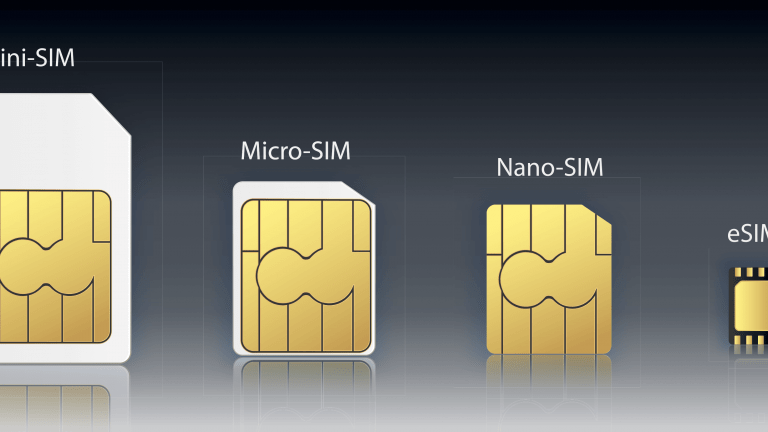 Here’s a quick tour of the eSIM vs. the IoT SIM card:

While they have similar names, the eSIM technology and traditional IoT SIM card are different entities. Both serve the same function—acting as the subscriber identity module for a wireless device—but they operate in different ways and have several distinctive features. IoT SIM cards might serve some use cases better than an eSIM, or vice versa, depending on the situation.

The IoT SIM card consists of a plastic-encased contact chip with applications for contact storage and network authentication. Earlier generations were called Integrated Circuit Cards (ICCs), but newer IoT SIM cards contain universal (UICCs), which can support additional applications and connect to multiple cellular networks. The eUICC, a version of the hardware that’s even smaller and able to be embedded in the device, offers even more versatility. If you want to switch profiles on a device with a traditional SIM, you must remove the card and replace it with a new one. But on the eUICC, SIM profiles can be managed and swapped out remotely, making it much simpler to manage large deployments of IoT devices.

At about 5mm by 6mm, the eSIM is tinier than the smallest traditional IoT SIM card form factor (the Nano SIM 4FF, which is around 9mm by 12mm). The difference in size might not seem significant in relation to typical mobile phones and tablets, but in IoT use cases, where connected sensors often need to be incredibly small, it’s a game-changer. The eSIM’s development is opening new possibilities for making connected consumer and IoT devices smaller.

Because it’s soldered directly to the device’s motherboard, the eSIM works because it is more robust than a traditional SIM. This water and heat resistance makes it an ideal technology for connected vehicles and IoT sensors deployed outdoors, underwater, or in extreme weather conditions.

IoT SIM cards consists of a contact chip equipped with 16–256 KB of programmable read-only memory, along with some ROM and RAM. In contrast, a typical eSIM contains between 256 KB and 1 gigabyte of storage. It has a sophisticated operating system that can store several SIM profiles and run additional applets to enhance security.

IoT SIM Card or eSIM: Which is Right for Your Application?

While the eSIM represents fresh innovation and sleeker, smaller hardware, it’s not the best choice in every situation. For example, if you have an existing fleet of devices that use traditional IoT SIM cards, it doesn’t make sense to scrap them and buy new ones with eSIMs on board.

And in some use cases, a traditional SIM card will serve better than an eSIM. The GSMA has released global specifications for the eSIM, streamlining the technology’s progress, but developers are still working out the kinks. As of now, moving a physical IoT SIM card from one device to another is still quicker and simpler than using the eSIM’s remote provisioning to transfer credentials. In small-scale IoT deployments where device size is not an issue, traditional SIM cards are often a smarter choice.

The GSMA has outlined robust security standards for the eSIM, but its inability to be removed from the device might pose a problem for some use cases. For example, if you want to take a device offline, you can remove the IoT SIM card and keep it from connecting to a network. With an eSIM, though, unless the device becomes inoperable, a network provider can always track its whereabouts because the UICC is inextricably linked to its circuit board.

The future of eSIM is strong, but it’s still a developing one—and IoT SIM cards still have important roles to play in both consumer use cases and cellular IoT device deployments.