How Data Collected By IoT Devices Can Support Eco-Conscious Solutions 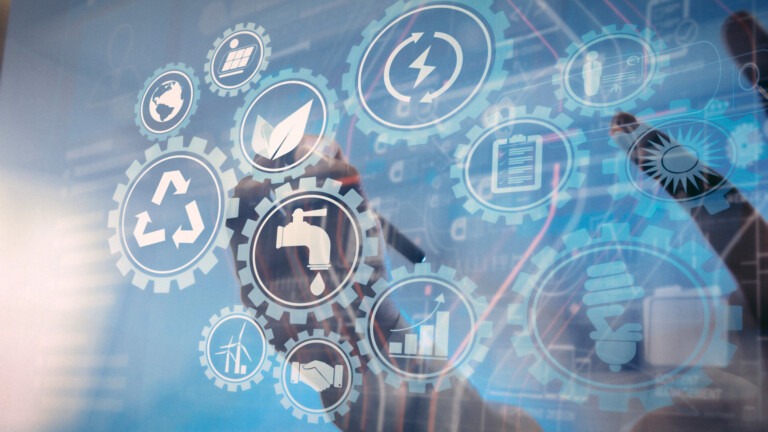 As IoT solutions become critical elements underpinning vital elements of society, such as infrastructure, healthcare, and even home life, it is critical to think about their impact on the planet. Sustainability in IoT is only possible if system engineers and developers design solutions that consider a greener approach.

These considerations have never been more critical. On February 28, the United Nations’ Intergovernmental Panel on Climate Change released a report that calls for longer-term thinking around how to adapt our societies in transformational ways to help deal with the ever-worsening effects of climate change. The IoT will play a necessary role in those transformations, but only if the industry addresses the crisis thoughtfully and strategically.

One person studying and implementing eco-conscious IoT solutions is Saverio Romeo, an Associate Lecturer at Birkbeck, University of London, and the founder of the Emerging Technology Observatory, a network of professionals working in emerging technologies (including IoT, blockchain, and AI) and studying their impact on society. Over the course of his career, Romeo has also been a software developer, technology analyst, and innovation policy consultant, giving him a unique perspective on the challenges in creating eco-conscious IoT solutions.

During the early stages of the IoT, Romeo believes the socio-political and economic climate was different than it is now. “[These days] climate change and sustainability is at the top of political agendas and citizens’ interests,” he said. “The public investment to promote green policies is becoming considerably big[ger]. The IoT is one of the enablers of those green policies.”

Romeo believes IoT solutions are one of the best tools to help mitigate the effects of climate change. The data from IoT devices can provide actionable intel on what’s happening in a particular segment of the environment, and support hypotheses on ways to solve specific sustainability challenges.

“The IoT is there to feed models with data – diverse data, rich data,” Romeo said. “They are enablers for solutions that reduce our environmental impact. Technology [itself] is not the knight who saves the world!”

Romeo thinks IoT can create greener applications for many facets of modern life, from agriculture to transportation and beyond. Romeo sees demand rising for climate-friendly solutions, and, as a result, he thinks they will become a requirement for new projects.

“Let’s imagine a world with 50 to 60 billion devices,” Romeo said. “Can we talk of green-by-design IoT solution development? That’s a nice question to explore.”

Agriculture is an area that has historically created tremendous carbon emissions, particularly when it comes to raising livestock. Farms that produce crops, however, can also be heavy polluters through pesticide and herbicide runoff and depleting local water resources through heavy irrigation. Fortunately, it is also an industry that is open to change.

“The agricultural sector is one of the most innovative in terms of use of IoT,” Romeo said. For example, data collected by IoT devices about crops, water, or land usage can be particularly helpful in creating more sustainable farms. Another IoT application might help farmers better nurse their plants by monitoring optimal nutrient levels. This could decrease farmers’ risk of yield loss, which assures them higher revenue and better yield quality. It also, in turn, reduces waste, which is better for the environment, more sustainable, and strengthens the food supply chain.

“The key difficulty in adoption is about understanding the value of IoT and about investment and financial capabilities,” Romeo said. Large agri-food companies have adopted IoT solutions quickly, whether that be running driverless combine harvesters or using drones to scout land and crop features. Romeo claims that a combination of policies designed to encourage IoT solutions, as well as technological education and support could help bring small to medium-size companies in line with their larger counterparts.

“We should not aim at the general industrialization of agriculture, but at the quality of agriculture and food,” Romeo said. “Technologies should help these companies, not transform them into something different.”

Romeo stresses the importance of providing more technical support to those in the farming sector who have not yet adopted IoT strategies. Sharing the story of IoT and sustainability, along with examples that show the real return on investment and a cost-benefit analysis, can help convince skeptical farmers or leadership at smaller agri-businesses.

Romeo highlighted upgrading water network systems as one of the key elements in creating more sustainable agriculture models. He and his project partners addressed water network system losses in a small Southern Italian community with substantial agricultural production. Each July and August, the farmers and community systems would run dry.

Romeo’s team found that the obsolete water network was leaking in several places, but relied on citizens to report the issues due to insufficient monitoring contingencies. That made it difficult to diagnose where the leaks were happening and address them in a timely manner.

The team replaced the full network step-by-step, leveraging classic IoT applications like leak detection monitoring and water flow regulation. They tested each solution individually so they could evaluate the viability of every facet. Once they were sure a solution was successful, they expanded it to the remainder of the system.

“The water engineers were pleased to have a picture of the pipelines on their device with all the necessary information, and water losses were dramatically reduced,” Romeo said. “There are many stories like this in water systems in which the IoT plays a great role.”

Data collected through IoT networks can also help urban communities solve sustainability problems. Collected data can help optimize the use of resources in cities, minimize waste within existing systems, and balance out situations in which resources are being overused.

Smart cities, in particular, often rely on interconnected smaller systems that make up the whole of their IoT infrastructure. For example, a cellular IoT telecom network and IoT-driven traffic lights might both be part of a city’s larger navigation network. Smart building systems like connected lights and smart energy meters might work together to balance energy loads as part of the larger power grid, which would likely also be managed through an IoT system of its own.

Though smart cities leverage technology to improve quality of life for residents and businesses, the smart city movement has mainly focused on economic development rather than prioritizing sustainability.

Now, the focus is turning toward creating greener smart cities, in which planners are being more eco-conscious when implementing IoT solutions in urban settings.

“The smart city is not about a specific project,” Romeo said. “It is about seeing the city as a system of systems and, therefore, planning with that frame of mind.”

Working alongside another project team, Romeo consulted with the local authority in a city of 80,000 to introduce a green transit service designed to improve pollution levels in the city’s center. To evaluate whether the service was helping reduce those levels, the city needed a widespread network of pollution monitoring devices to collect the data. Otherwise, there would not be an accurate view of pollution levels.

The team installed a multi-sensor network on light poles that included light and parking sensors. These devices funneled information into a single dashboard that helped analyze pollutant data as the network collected it.

The project allowed city staff to identify areas with high levels of pollution, which provided them the information they needed to create a new map of transportation routes to help reduce airborne pollutants in high-traffic areas. It also laid the groundwork for policy changes that supported the introduction of green vehicles into the transportation network.

Just like in the water management example, the key here was not that the IoT devices themselves mitigated climate change, but that they provided the critical data needed to support sustainable decision-making.

Given that the 2021 wildfire season in the U.S. alone caused between $70 and $90 billion in damages, this type of data is critical to helping stem the economic impact of these disasters – to say nothing of the ecological effects. When the data is used to feed AI applications that analyze it for patterns, Romeo said, “it can be used for informed decisions, predictive modeling, and prescriptive analytics.”

But Romeo sees broader applications for environmental and territorial management beyond just wildfires. When combining solutions, he said, scientists can make better decisions about all kinds of environmental threats. IoT solutions have been integral toward efforts to stop deforestation by listening for loud sounds such as chainsaws or large vehicles, track bee populations to ensure hives remain stable and healthy, and stop poachers from killing rhinos and elephants for their tusks.

“I think the IoT is really designed for territorial and water resource management,” Romeo said. “There is a perfect match there.”

A Continuum of Smartness and Sustainability

On its own, the data collected by IoT devices will not solve the climate crisis. It can, however, provide the input needed to develop thoughtful and sustainable solutions that address a variety of environmental challenges everywhere from city centers to rural communities and even the wilderness.

“Let’s not forget that we do not live only in cities,” Romeo said. “We need to look for a continuum of smartness and sustainability from cities to the countryside.”

When IoT networks are built strategically and with eco-consciousness, the data they provide can directly support the decisions necessary to combat climate change and create a more environmentally-stable future.

To hear more on this topic from IoT expert Saverio Romeo, join us on March 3 at 2 pm GMT for “How IoT is Reshaping the Sustainability Debate,” a webinar designed for technical innovators, CTOs, and developers who are conscious of how their IoT solutions could play a role in tackling climate change. Unable to make it? No worries, the webinar will be made available on-demand shortly after the live session.