How AI and IoT Work together 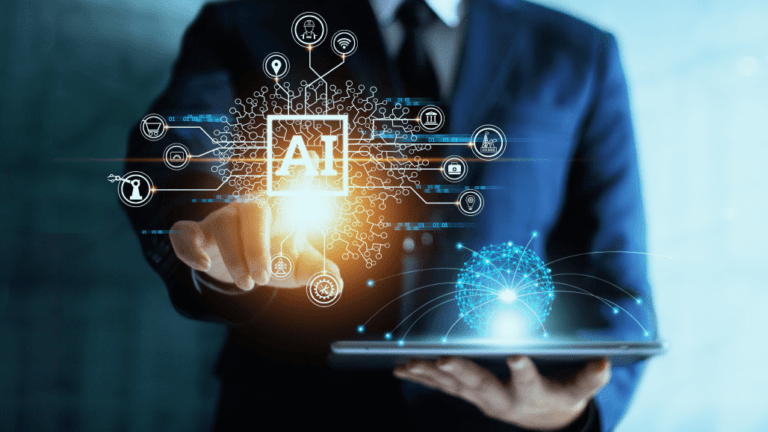 With Big Data playing such a prominent role in modern business, it should come as no surprise that many companies are staking their futures on the combination of Internet of Things (IoT) and Artificial Intelligence (AI) to help make sense of it all. A 2018 survey found that IT and business professionals were placing these technologies at the forefront of their growth strategies, and advancements in inference speeds and analytics programs make the combination all the more attractive for companies looking for actionable, data-driven insights.

While it’s clear that many see a lot of potential in the combination of AI and IoT, some may be unclear as to why. To better understand how these two technologies can best work in concert, we must first understand what AI is.

Artificial Intelligence is an immensely complicated topic. At its most basic level, AI is when a computer system can learn, act, and adapt based on observed data in a way that simulates human intelligence. This input can be anything from visual stimulus to verbal commands to lines of code, but this data allows the AI to autonomously perform tasks, improvise responses, and automate processes without the need of a human operator.

There are three main forms of AI graded by the complexities of the tasks which they can complete. The weakest of these is Artificial Narrow Intelligence, or ANI, which works on very specific tasks such as game play or text responses (such as chatbots). Next in complexity would be Artificial General Intelligence (AGI), which is said to have the same intelligence as a human being. This is followed by Artificial Super Intelligence (ASI) which would surpass human cognitive ability altogether. At this point in time, these latter two forms are largely theoretical in nature, but continued growth is something of a theme when it comes to Artificial Intelligence.

This is the key facet of machine learning or ML, a form of AI in which algorithms improve themselves through an influx of data. This means that, over time, AI will use the information it observes to learn and refine itself to become more efficient and agile. These processes have grown more ornate thanks to subsets of ML dubbed Neural Networks and Deep Learning, which govern responses and process increasingly complex data sets based on the information it has previously observed.

How AI and IoT work together

The vast quantities of data produced by IoT open up a wealth of possibilities when partnered with an AI capable of processing and reacting to this information as it appears. Furthermore, removing the necessity of human intervention creates a previously unthinkable level of automation – one in which the speed of inference for cloud-based AI currently sits at roughly 1.5 seconds.

With that kind of processing speed, predictive maintenance becomes an automated afterthought. Instantaneous response to the slightest material degradation could all but eliminate costly downtime due to equipment failure. At the same time, an AI that is able to sense these events and respond accordingly could ensure peak operational efficiency at all times. This autonomy is helping power the future of robotics, among other disciplines, and is currently being used on everything from mining operations to natural gas pipelines.

These advancements aren’t limited to traditionally technological fields either! Recently, an international team of scientists has harnessed the power of AI and IoT to develop a new model for effective diagnosis of cardiovascular disease and diabetes. Elsewhere, ET City Brain utilizes information pulled from traffic cameras located throughout Hangzhou, China, to adapt traffic signals to address congestion and help ambulances reach hospitals faster.

Of course, there are few AI/IoT collaborations as widely publicized as Tesla’s Autopilot program, which leverages information from GPS, cameras, sonar and more to safely and autonomously transport riders on some of the busiest roads in the world.

The Edge of Something Great

As impressive as this all is, AI is only getting faster. Leveraging Edge computing, which sees all computations performed at the endpoint devices rather than a central server, reduces the inference time to stimuli to 10-15 milliseconds. This process, dubbed the Intelligent Edge, seeks to optimize operational performance in real time by helping anticipate even the smallest inconveniences and adjust accordingly.

AI and IoT may also work well with another prominent data science in blockchain technologies. The idea is that IoT would enable data measurement, blockchain would keep things transparent and audit said information, and AI would then use that data to automate and improve functionality. This combination is already being tested out by German automaker Porsche, who believes this process could create a new generation of autonomous vehicles.

As a concept driven almost entirely by incoming data, AI is a natural fit for IoT applications. The ability to automate responses to tasks such as maintenance or logistics, would save countless work hours and improve any company’s bottom line. More than that, IoT-enabled AI has the potential to improve the quality of life by clearing menial tasks from to-do lists, allowing developers and visionaries more time to innovate.