What is Edge IoT? 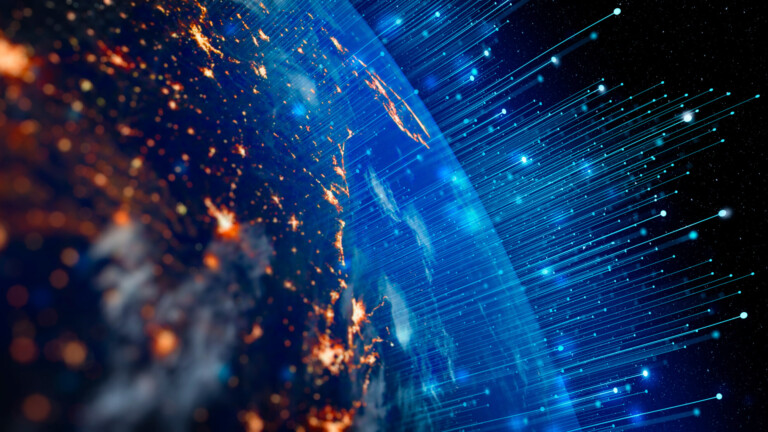 When discussing the potential for future developments, the tech industry likes to toss around a lot of buzzwords. Yet while Blockchain, AI, and 5G may dominate conversations surrounding consumer applications, the concept of Edge computing may have the most potential for meaningful development.

This is particularly true when paired with IoT solutions, as the potential applications of Edge IoT are incalculable. To better understand the possibilities of a combination between IoT and Edge computing let us first look at what the latter term actually means.

What is Edge Computing?

In short, Edge computing is a distributed computing framework that allows for computation and data storage to occur closer to the source of said data. This approach would, in theory, improve response times of intense computational processes performed by AI or machine learning, and reduce bandwidth consumption for the public or private cloud infrastructures upon which systems are built.

This happens by removing a step in the process. Instead of transmitting raw data to a centralized data center for processing and analysis, most of that work is performed before it is transmitted to the cloud or a server from wherever that data has been cultivated. Depending on the use case this could be anything from a worksite to an oil pipeline to a retail outlet.

The origins of this concept trace back to content distribution networks used primarily for web and video content deployment, but it was first deployed commercially in the early 2000s via simple solutions like tracking shopping cars and dealer locators.

How Does it Work With IoT?

As the entire function of an IoT device is to gather data from potentially remote locations or settings, the ability to process some or all of that information before it is sent to a cloud server carries with it several notable benefits. Some of the key ways enterprises can benefit from deploying edge IoT solutions include:

Organizations that deploy fleets internationally may also employ edge IoT to maintain data sovereignty. Moving large amounts of data across borders can create a number of not only logistical and technical troubles but also legal issues as it pertains to data security and privacy. Keeping the data locally before sending a processed and refined form of it across borders could potentially obscure certain sensitive information from confronting laws like EU’s GDPR regulations.

Are There Any Challenges for Edge IoT?

Of course, as with anything, there are potential roadblocks to an Edge architecture for an IoT deployment. Managing data lifecycles, for example, is something organizations will have to consider. For most applications, IoT devices produce far more data than is actually useful or relevant (such as a monitoring device that observes no changes over a period of time), meaning organizations will need to develop rules and policies to protect, store, and delete data points based on their own needs and/or the regulations of their local governing body.

Using unsecured IoT devices can be dangerous in an edge setting as well. More than that, organizations will need to design their edge IoT deployment with device management measures such as policy-driven configuration enforcement in mind. They should also look to encrypt their devices and create systems by which they can receive necessary patches and software updates.

The necessity for multiple edge receivers located far from a data center, maintenance, and troubleshooting of issues can also be a challenge. This is a challenge that can be addressed in the design stage, but updates and shifts to an operational model in an edge case may require manual fleet-wide adjustments, which can take a lot of time and money.

Naturally, any IoT deployment is only as good as its connectivity, and though edge cases will vary enough to make no one connectivity solution suitable for all, every edge IoT deployment will want to prepare for interruptions in service. Coding autonomous responses, utilizing AI, and planning for graceful failure are essential for edge use cases, particularly those in remote areas.

What is the future of Edge IoT?

With a projected value of $61.14 billion by the year 2028, it’s clear that the edge market will continue to influence the future of IoT. Utilizing edge architecture can supercharge an IoT deployment’s potential, leading to improved operational efficiencies and new tools for innovation. The discipline is still emerging but looks to be an important element of the continued growth of IoT.