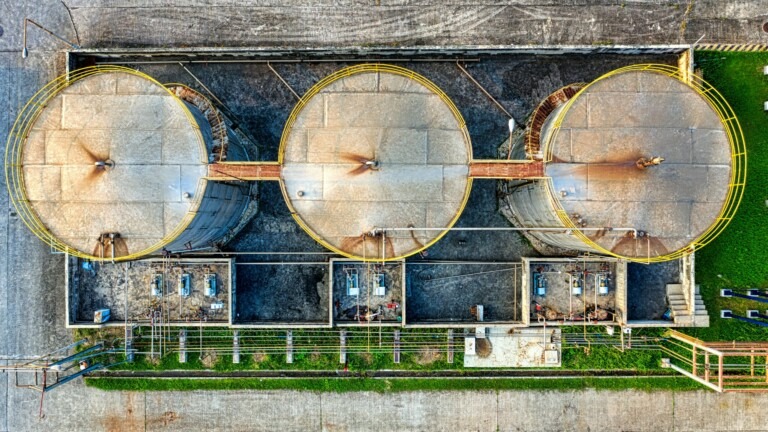 Oil and gas companies are increasingly investing in IoT solutions.  A recent report from Research and Markets suggests that the market for IoT in the oil and gas industry could reach upwards of $43 billion by 2024.

Like many other industries, much of the Oil and Gas market’s investment in IoT solutions has been accelerated by the ongoing Covid-19 pandemic. Social distancing measures have led many companies to adapt or even temporarily shut down physical operations and lean more heavily on automation and remote monitoring to continue serving their customers.

How IoT works in the oil and gas industry

There are many ways in which IoT technologies can be incorporated into the oil and gas industry, and one of the most prominent applications is in pipeline and equipment monitoring. Sensors and cameras placed along mission critical infrastructure allow companies to keep an eye on critical operations even in remote or particularly hazardous areas. They also monitor essential equipment and personnel to better address potential issues as they arise.

Solutions like TOKU Systems offer specialized sensors that can even monitor the pressure within wells, tanks and pipelines to provide real-time insight into their current condition. This provides actionable data on potential leaks and other structural compromises and facilitates predictive maintenance to avoid costly shutdowns.

Japanese energy provider NICIGAS, meanwhile, has utilized IoT solutions to create smart meters that monitor customers’ usage of natural gas in real-time. This data is sent to a centralized IoT platform and allows the company to remotely operate a customer’s gas valve to address any meter-related incidents.

Asset management is perhaps the most prominent use of IoT in the oil and gas industry. The industry is particularly dependent on shipping logistics, so integrating assets into an IoT platform helps consolidate the complexities of ingoing and outgoing shipments. Whether it be equipment like evaporators, heat exchangers, or air coolers, or shipments of refined product, a clear asset management strategy helps keep operations running efficiently in a time of fluctuating supply and demand.

Global demand for oil and gas products dipped 25 percent in April 2020, with the global pandemic largely at the center of the downturn. Many companies embraced IoT solutions to respond to this challenge.

Inmarsat’s Industrial IoT in the Time of Covid-19 report revealed that 74% of respondents had fully deployed at least one IoT project within the past 12 months. The primary driver of this adoption was addressing cost efficiencies (52%), though roughly half of those surveyed also hinted at an increased focus on sustainability as well.

Of those who have already deployed IoT solutions, the vast majority reported having achieved their end goals. Around 82% of respondents reported improved productivity, 76% claimed greater cost efficiency, and 73% highlighted better sustainability.

Fitting IoT into the oil and gas industry has not come without its challenges. Much of the industry’s existing infrastructure, from processing plants to offshore installations, was never designed to be connected to a centralized network. Retrofitting the existing infrastructure has introduced new security risks that have proven costly in recent years.

In April of this year, Colonial Pipeline’s networks were compromised when hackers breached an out-of-use (but not decommissioned) account using a password purchased off the dark web. This ransomware attack shut down operations for several days until the company eventually paid $4.4 million to the hackers responsible. More than that, it created panic buying, price spikes, and gas shortages along much of the US’ east coast.

Sensors and older IoT devices based on programmable logic controller (PLC) technology have been notable targets in the past. Due to their smaller memory sizes and limited functionality, IoT devices are not typically designed with innate security features. Unsecured devices on improperly configured networks place companies at risk through vulnerabilities in OT protocols, hidden backdoors, and buffer overflows among other sources.

Once inside a network, hackers can launch DDoS or malware attacks to extort a company for money. They can also gain access to sensitive information such as pricing and delivery data, readings from production and shipping sensors, or even just the identities and personal credentials of staff members and partners.

IoT devices can also be used to control essential equipment within a power grid and operate driverless cars – two scenarios in which unwanted incursions could create dangerous consequences.

The first step to securing devices is to make sure they are not reachable in the first place. The best way to do this is to avoid using public IP addresses that make your devices reachable. With Soracom connectivity, IoT devices are secured behind a NAT gateway and are not directly accessible by potential attackers on the public internet.

Similarly, avoid sending data from IoT devices over the public internet where it is vulnerable and exposed. Soracom offers a number of private networking solutions for IoT deployments that can help data bypass the public internet altogether. With Soracom Canal, Door, or Direct, users can create a private network connection to their own backend environment with VPC Peering, VPN, or a dedicated physical connection, respectively.

Combining the first two principles, to give access from your network back down to your devices without public IPs and while bypassing the public internet, use Soracom Gate.

Other services like Soracom Beam,  Funnel, and Funk allow users to offload encryption and authentication from their devices to the cloud, keeping sensitive credentials off of the device. Soracom keeps data secure over the encrypted cellular connection and directly integrates with cloud computing platforms and functions provided by hyperscale providers like AWS, Microsoft Azure, and Google Cloud Platform.