What are the Differences Between LTE CAT M1 and NB-IoT Connectivity? 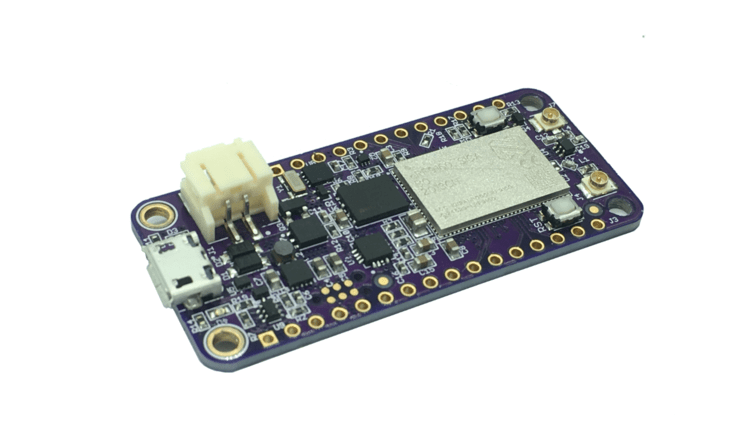 With some experts predicting that there will be more than 41 billion IoT devices in circulation by 2027, it’s clear that businesses and developers are investing in IoT as an important part of their future.

As such, developers are searching for IoT device connectivity that can support the specific coverage, availability, features, and price point that they need to successfully bring their ideas to market.

Choosing the right connectivity technology for your business is essential. There are numerous factors that can impact that decision, from something as simple as the location of the deployment to the complexities of scaling. The right connectivity can improve quality of service, cut costs, and strengthen operational efficiency, creating a competitive advantage that allows businesses to innovate more readily.

With the seemingly endless string of acronyms that come with the IoT space, it can be difficult to differentiate one IoT connectivity solution from the next. This is particularly true when the project requires a low-power wide-area network (LPWAN), the two most prominent cellular forms of which are LTE CAT M1 and NB-IoT.

To help you make the correct decision for your deployment, here are the differences between LTE CAT M1 and NB-IoT.

LTE CAT M1 – also known as LTE-M – is an LPWAN cellular technology that specializes in transferring low to medium amounts of data (200 – 400 kbps) across a wide geographical range.

With low power requirements (typically running on a 1.4 MHZ spectrum with a transmit power of 20dbm) LTE CAT M1 is an energy efficient solution that maximizes the uptime of your deployed IoT devices. This extended battery makes it one of the more cost-effective connectivity solutions. It lessens the frequency with which batteries need to be replaced across an entire deployment, reducing human capital requirements and limiting costly downtime. When the devices are not actively sending or receiving data, CAT M1 even enters a power-saving mode that improves operational efficiency while reducing resource waste.

LTE CAT M1 also cuts costs thanks to its reliance on existing LTE infrastructure, which eliminates the need to build antennas and other network necessities to support IoT connectivity. CAT M1 modems also require less power to operate, making them cheaper to maintain in the long term.

What is NB-IoT Device Connectivity?

Narrowband IoT, also known as NB-IoT, is also an LPWAN cellular technology, but its similarities to CAT-M1 largely end there. This connectivity solution does not actually operate within the licensed LTE construct, which makes it an attractive low-cost option internationally, as LTE is not utilized as prominently outside the US. It also doesn’t require gateways to aggregate data before transmitting it to the main server. Instead, NB-IoT devices directly connect to the base station, reducing costs in the long run by creating a highly secure, if somewhat limited, connection for low data transfers.

Since NB-IoT devices rely on simple waveforms for their connectivity, they consume far less power than LTE CAT M1. The trade off, however, is that NB-IoT devices can’t send as much data as LTE CAT M1, typically boast a higher latency, and aren’t able to interoperate with other cellular devices.

Should I Use CAT M1 or NB-IoT Device Connectivity for my IoT Project?

There are benefits and limitations when using both LTE CAT M1 and NB-IoT connectivity, making it crucial that businesses select the best option for their specific needs.

Businesses that are looking to deploy their IoT project within the US may find some difficulties with NB-IoT devices, considering the country is predominantly driven by LTE radios.

In Europe, however, there is considerably stronger investment in NB-Iot than LTE. Deutsche Telekom, the German parent company of T-Mobile, recently expanded its IoT roaming agreements, bringing narrowband service to 20 different countries.

This is twice their current reach with LTE-M technologies, which still face logisitical challenges based on aging infrastructure. Businesses building IoT projects with LTE CAT M1 devices will experience these challenges firsthand should their deployment involve devices in parts of Asia, Africa, and Eastern Europe, where 3G connectivity is still the prevailing technology for mobile network operators.

Both LTE CAT M1 and NB-IoT connectivity can handle wide ranges, though NB-IoT is the preferred solution for IoT projects with an extremely large area of coverage. NB-IoT delivers an astonishing seven times the range of current LTE technologies like CAT M1, making it a natural fit for deployments of a broader scale.

NB-IoT devices excel in indoor industrial environments, providing businesses with 20+ decibels of coverage. Also, since they rely on simple waveforms and only transfer very low amounts of data, NB-IoT devices can offer better building and obstacle penetration. This provides users with greater range and coverage, which is perfect for IoT projects that have sensors deployed underground or in other areas with poor signal reception.

How IoT-connected devices are deployed can have a tremendous impact on deciding which IoT connectivity would be best for your individual project.

On the other hand, if a data transmission powered by NB-IoT connectivity is interrupted – even momentarily – by a lost signal or moving from a fixed location, the transfer will be stopped until the device is reconnected. These disconnections may be small, but can have a cumulative effect that can have a defined impact on time and financial concerns for your project.

The Value of Intelligent IoT Connectivity

As the world continues to embrace Iot in everything from driverless cars and smart cities to predictive business indexes and fleet management, it’s clear that choosing the correct IoT connectivity for a deployment will be an integral part of many businesses’ agendas.

IoT cellular connectivity – whether LTE CAT M1, NB-IoT, or others – can provide tremendous value to a project. Though there are many variables to consider when choosing the right IoT connectivity to meet your specific needs, working with a nuanced connectivity provider that goes beyond cellular technologies can be a game changer.

Let Soracom help power your IoT project with a blended network solution that provides the most coverage and uptime at the greatest price point.

We’ve helped over 20,000 businesses drive their IoT dreams to reality with a powerful unified management platform that allows users to mix multiple connectivity technologies into any deployment. Being able to function on a combination of cellular, WiFi, Ethernet and even satellite connections offers a considerable flexibility for developers at a fraction of the cost of competitors.

Our expert team is ready and willing to answer any questions that you may have about your IoT project, providing you with the information and resources that you need to take your business to the next level.

Ready to innovate your project with intelligent IoT cellular connectivity? Book a demo with Soracom today to learn more about our revolutionary IoT products and services.

Editor’s Note: This post was originally published in August 2019 and has been updated for accuracy.