How do Cloud Computing and IoT Work Together? 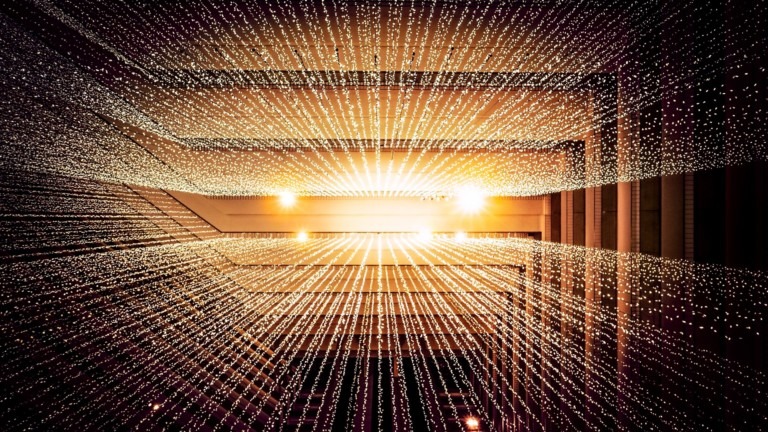 Cloud computing and IoT are often paired together, but how exactly do the two entities interact? While the IoT connectivity could exist without the cloud, it’s safe to say that cloud computing enables many IoT devices to function with much greater power and efficiency. To fully appreciate cloud computing in IoT, let’s start with a quick history of the cloud and explore how it impacts IoT deployments.

The Evolution of Cloud Computing

In the early days of computing, businesses purchased blocks of time to utilize giant mainframes. By the 1990s, computers had become much smaller. Because of this shift, many businesses began moving their infrastructure and servers on-premise. Today, as companies collect and store vast amounts of data, they’re turning again to off-site solutions in the cloud.

A massive collection of connected servers, the cloud infrastructure offers businesses a cost-effective way to store information. It also gives them the computing horsepower to run sophisticated data analytics and other programs without the need to invest in expensive hardware. Today, the biggest U.S. providers of cloud services are technology giants like Google, Microsoft, and Amazon. They typically offer pay-as-you-use models that mesh well with budget constraints, that allow businesses to expand their usage as needed. Cloud also enables Software as a Service (SaaS), the ability to purchase a software subscription. Rather than being downloaded, the software remains on a remote server and the user accesses and operates it through an online portal.

Cloud and IoT: A Perfect Match

In a typical IoT deployment, many IoT sensors (dozens, hundreds or thousands) collect data and send it to a central location for analysis. In many cases, that gathering place is the cloud.

Cloud management enables mobile network operators (MNOs) to access their sensor data from anywhere in the world using an online portal. With cloud management, the operator can access data from anywhere with any devices and an internet connection. For example, if marine sensors attached to buoys are scattered across the Gulf of Mexico, an MNO could pull up data on a tablet to assess maintenance issues or run data analytics. Without the cloud, aggregating IoT data across large areas and different devices is far more complicated.

While the cloud is indispensable for the majority of IoT deployments, there’s been a recent return for on-location processing for some functions. Edge computing keeps some of the data processing at the edge of the network, where IoT sensors and end devices are located. It’s essential in some IoT applications, such as autonomous cars, where any delay in data analysis and decision-making could result in a crash.

In some cases, edge computing can add a layer of security. For example, IoT solutions might use edge computing systems to deliver operational technology data to factory managers, rather than sending all sensor data directly to the cloud. That minimizes the potential security risk of transmitting everything over the air.

But while transmitting data through the internet always presents some security concerns, preventative actions can greatly enhance cloud computing security. For example, keeping device firmware up-to-date, ensuring encryption for all transmitted data, and implementing standard user authentication procedures can all help to prevent cyber attacks. MNOs should also work toward complete network visibility, the ability to stay aware of what’s happening throughout the network. Such vigilance allows companies to spot potential problem areas, including malware or ransomware attacks, before they engulf the entire system.

Clearly, cloud computing is here to stay—and when it comes to data storage and analytics capabilities, it’s a tremendous enabler of IoT services.