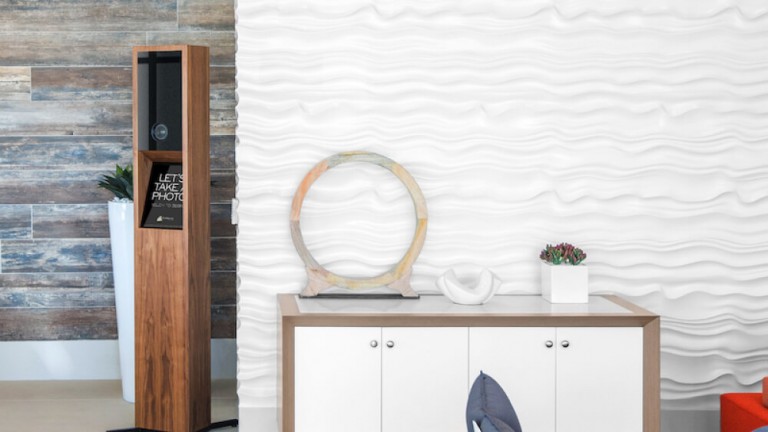 According to the United Nations, social entrepreneurs and IoT technology will play a key role in fulfilling the world’s 17 sustainable development goals.

Jaime Macias, Creative Director at studio black stands at the intersection of both trends as the creator of Lensley Studio, a freestanding, unenclosed device that can autonomously capture studio-quality images. As an artist by training, he didn’t initially set out to become an entrepreneur, but was led there by curiosity, imagination, and a passion for building new things.

We sat down with him to learn how a creative vision can evolve into an entrepreneurial venture, and how IoT technology can transform small moments of joy into lifetime memories.

What was the journey that led you to ultimately starting Lensley?

Let’s call it a 20-year journey at this point.

I graduated from school with a BFA in photography and graphic design. This path led me to advertising for a few years, on the media planning side. I quickly learned that I had a passion to become self employed. So I started a software company with some friends.

We started out by building a white label social network for brands here in Los Angeles. That was in the mid-2000s. Towards the tail end of that experience — I can’t remember how it happened — I decided to build something that was digital.

I started out by looking at what I had around me. It was all of my camera gear from my past life as a photographer. So I assembled it all together into a gadget that you could train to make self-serve take high quality photos.

We kept it at our office, where our customers could take a photo with us. At some point, I decided that I was going to turn it into a prototype into a business. That was in 2009.

What inspired you to turn your hobby into a business?

I had relationships with different media properties and could see that the technology could be used to support their activations and marketing events. This perspective helped me productize the Lensley. One of the first steps that I took was to add a web component, with photos to be delivered over email.

From there, we were able to build custom photo boots with interesting backgrounds. We started working with brands like Toyota, Sephora, Footlocker, Anheuser Busch, and other recognizable companies. We also started doing weddings and bar mitzvahs here in Southern California. We’ve gone on to operate around the world on cruise ships, in museums, in wineries, and other hospitality settings.

How has the product evolved over time?

We’ve been focused on making it sleeker and more transportable.

It started out heavy enough that we’d need to put it in the back of a truck to transport it. It was a three foot by two foot arcade style unit with a printer. Today, it’s 12-inches wide, nine inches deep, and six feet tall. At first we used a printer, and now everything is digital with photos being delivered by email, MMS, and SMS. It communicates with the Internet using an IoT modem.

What I’m most proud of is that Lensley has always been about capturing joy. It hit me in 2009 that this thing I built accidentally had the potential to make people so happy. It’s cheesy, but it’s true. What’s been timeless about what we’ve created have been the moments that we’ve captured — the very real giggles, kisses, high fives, people mooning the camera, and goofing off. It’s always been about making peoples’ lives a little bit better and happier.

We’ve built many different versions of the Lensley — and will continue to create more. We’ve built Lensleys that are iPads, that take pictures of your shoes against a green screen, that put you on the surface of the moon.

Every single component that could break has broken. Every piece that has needed to be replaced has been replaced. All the things that haven’t worked for us along the way, we have pruned and removed. Each new interaction of the Lensley has been more reliable.

What motivates you to keep going, despite challenges?

I do it because I believe in it. I see the connection and value that people get out of it. We want to put a professional photography experience into an automated format.

Those silly photos from festivals and weddings mean a lot to people. One day, these individuals will be someone else’s grandparents. These are real kisses and real giggles. These are real people having a good time.

Imagine what these photos will be in 50 or 100 years. Across the millions of photos we’ve taken, the majority of them are throwaways, but there’s enough of them that will be significant to people’s lives.

I try not to call it a photo booth, if possible. I call it a Lensley.

What’s the next phase in Lensley’s journey?

I’ve been thinking of keeping a Lensley in a single location for months, years, decades — however long that it may be, to capture how society is changing. COVID-19 has pushed me to build a touchless experience, so people can continue to enjoy photos.

I care about keeping people safe and connected. I’m looking at new opportunities as we go into the future and just continuing to make things that you know, start out as sketches.

Lensley has merged its operations with studio black, an agency co-owned by me where the Lensley Studio will continue to be offered along with other creative and technical advisory services.

Check out the case study to learn how learn how Lensley is building scalable, efficient professional photography tech.

Connecting Your Cassia BLE Gateway to AWS IoT with Soracom

How IoT Architects Shape a Deployment 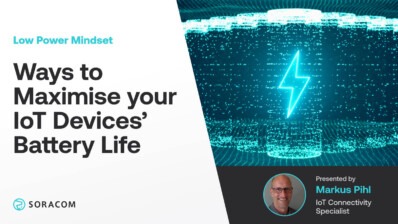