Back in February we kicked off the Cellular IoT Challenge on hackster.io.  If you’re not familiar with hackster.io, it’s the world’s largest network of hardware and software developers with over 1M members.  In total, there are also over 18,000 projects posted on the site, many stemming from the various sponsored contests.  These projects are quite unique in that the authors are encouraged to publish everything about making their final project such that anyone else should be able to re-create the project based on the write-up and shared code. How awesome is that?

Our goal was to challenge the hackster community to use cellular connectivity in an IoT project.  Co-sponsoring the contest with us was Amazon Web Services (AWS) and Seeed Studio who also generously offered credits and hardware to both free starter kits and the final prizes awarded to the best projects.  Judging was based on projects that included multiple Soracom products, but also leveraged AWS products, Seeed hardware and other products such as Raspberry Pi.

At Soracom, our mission has always been to focus on the IoT makers, developers and producers to help them get their ideas and dreams into production quickly, securely, and cost effectively as they scale manufacturing and production.  We have done so by connecting over 1 million devices worldwide in less than three years.  Many people know us for our SIM cards, User Console, and pay-as-you-go pricing.  But we also have several high-impact products that get IoT projects to market quickly.  These include:

Complete Visibility and Control – Track and manage usage and connections in real time with a full-featured user console and API and available serverless dashboard.

Cloud-Native Capability – Built in the cloud and for the cloud. Start from one device and scale seamlessly to as many devices as needed.

Secure Private Networking – Create your own bidirectional IoT LAN, peer with your Amazon VPC, SSH to devices or even mirror and inspect individual data packets.

When I first joined Soracom, our co-founder and CTO Kenta Yasukawa explained how we saved a client hundreds of thousands of dollars and many months of development.  How?  They are a food & beverage company – they don’t have an army of cloud, mobile, and device engineers on staff.  But they had the vision to connect their products and make them smart.  However, in order to achieve that vision, they thought they needed to hire software developers to custom build their solution.  That was until they met Soracom.

With Soracom products, they were quickly able to build connected prototypes to the cloud in just a few weeks – whereas hiring an army of developers would have taken months, that would have cost hundreds of thousands of dollars.  As a result, they were able to get to market on time, well under budget.

And so with this in mind, we didn’t just want the Hackster contest to be solely about cellular connectivity – we wanted to also encourage contestants to understand and use our products as well as leverage the cloud through AWS to truly think about scalability, security, and the economics of producing thousands of units, not just one prototype.

187 contestants from 39 countries applied for one of 80 free hardware kits.  The contestants had three months to assemble and document their projects – many created videos of their working projects, and several others 3D printed components and cases as part of their solutions.

More importantly, they all used cellular connectivity in their solutions and took advantage of Soracom’s products such as SORACOM Beam, Harvest, Funnel, Inventory and Lagoon.

Our judges were certainly impressed!

“The Canary project, by Jared Wolff, thought through how to securely access devices after deploying them in the field and how he should carefully design device authentication and security. These are important things to consider from the beginning, but are usually not prioritized because the developers want to concentrate on the product. SORACOM has services and features that offload those heavy lifting tasks and it was impressive to see that Jared thought through it.”

“The GNSS Tracker by Attila Tokes was also great – he built a serverless IoT system by fully leveraging services that AWS and SORACOM offer, namely AWS IoT, AWS Lambda, SORACOM Harvest and Lagoon. His system can scale without concern because of the architecture and can easily be expanded to cover more use cases by integrating with more services.”

We were also excited to have Jeff Barr, Chief Evangelist at AWS, as one of the judges. Jeff shared the following:

“I was impressed with the breadth of the solutions, the quality, creativity, and richness of the projects, the set of AWS services they brought, the overall professionalism of what they built, and how they described and marketed it. Congratulations to the winners, and thank you for all who participated – the judging was really difficult because everyone was so creative, and impressive.”

Here’s a link to our contest and our Grand Prize winning project by Bob Hammell.  Bob’s project was a River Monitor based on an IoT Flow Meter.  His award winning submission sent flow rate measurements to the cloud and monitored them in real-time utilizing Soracom Funnel, Inventory, and Harvest along with AWS IoT. 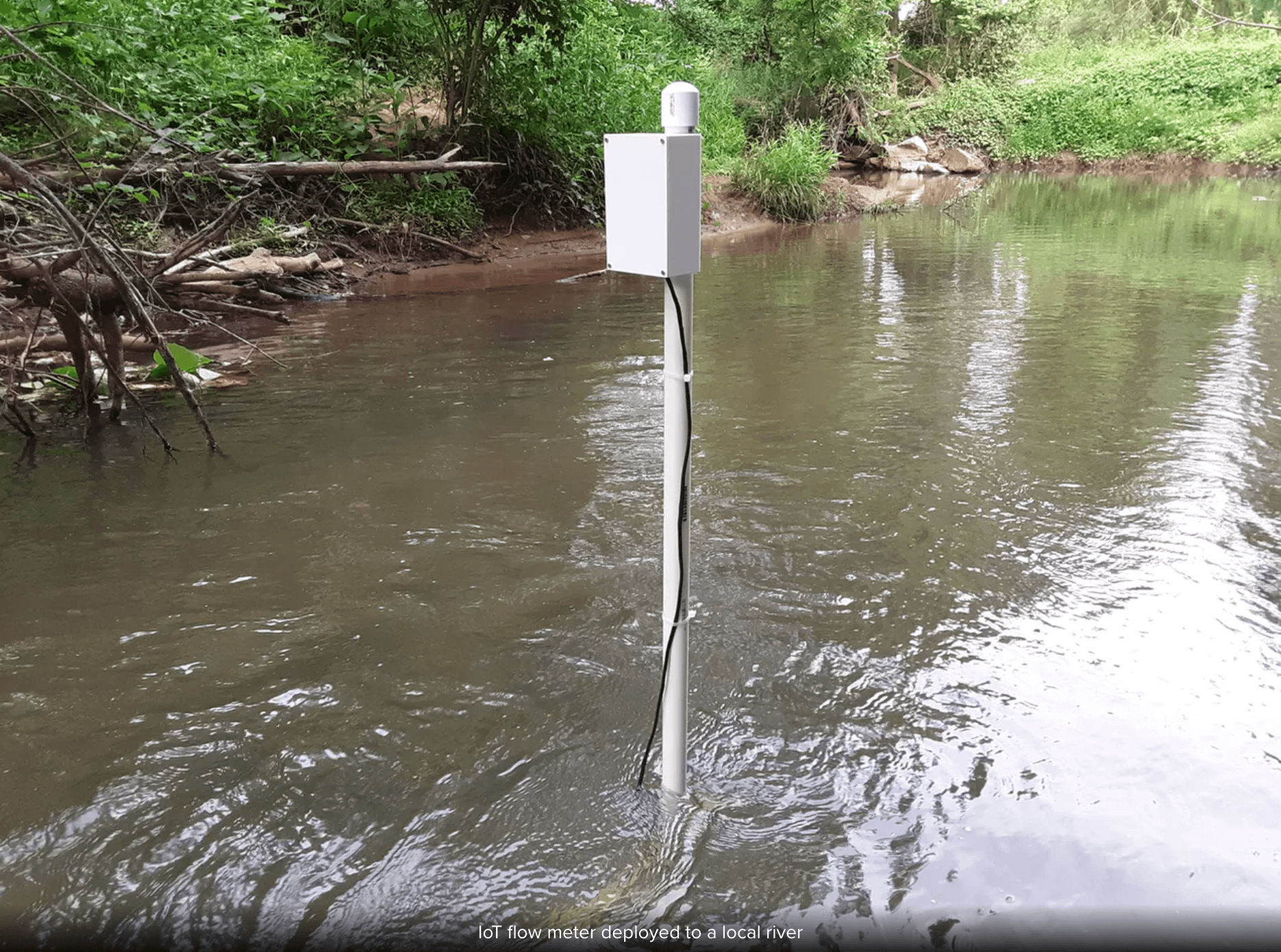 Congratulations to all the winners, and thank you to all who participated. We truly enjoyed hosting the IoT Cellular Challenge and appreciate the help and generosity of our co-sponsors AWS and Seeed Studio.  And a big thanks to our judges Jeff Barr from AWS and Seth Welday from Seeed Studio, as well as the team at hackster.io:  Adam, Ella, Jessica and Alex!