What Role will IoT Devices Play in the 2022 Winter Olympics? 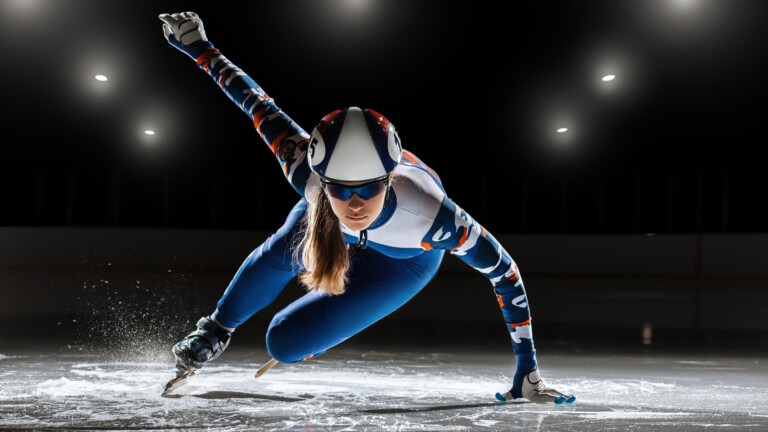 Recent years have seen IoT devices find their way into virtually every aspect of daily life. Everything from manufacturing to agriculture is benefitting from connected technologies, so it’s little surprise to see IoT being integrated into the 2022 Winter Olympic Games in Beijing.

As a multi-faceted sporting competition between 91 separate countries, the Winter Olympics is the ultimate world stage. Organizers are leaning into IoT solutions to help track performance, improve security for the athletes, and boost the experience for viewers at home.

Let’s take a look at some of the ways you may see IoT at the Olympics this year.

As we’ve discussed in the past, self-driving cars require a complex marriage of AI and IoT technologies to work. By utilizing IoT sensors like radar, as well as predictive AIs and smart cameras, these vehicles allow athletes, officials, and spectators to travel to and from events while limiting potential contact points for Covid-19.

Chief among these vehicles are Baidu’s autonomous Apollo Go Robotaxis, which have been slowly introduced to mainland China over the past several months and will be operating off of a 5G network in the Shuogang Park venue complex. The vehicles have achieved level 4 autonomy, which means that they do not require human interaction in most cases, but are limited to a prescribed area of operation. While there will be no driver present, a safety operator will be present in the passenger seat.

This builds off of the previous Olympic Games, which saw driverless busses ferry spectators between venues.

Given their unparalleled ability to read biometric information, wearable IoT devices are a natural fit for athletic competition. Alongside more conventional tasks such as heart rate monitoring and wearable thermometers to measure body temperature, wearable devices are also helping spectators at this year’s Olympic Games.

As Covid precautions remain firmly in place, organizers have developed wearable devices that serve as hands-free check-in and payment solutions. Contactless payment options were already on the rise before the pandemic, and the highly infectious nature of Covid-19 has accelerated that growth – particularly in public places with lots of foot traffic.

“When the pandemic hit, people really started paying attention to how literally they were spending money and people found that they didn’t want to touch cash and exchange cash,” Jodie Kelley, CEO of Electronic Transactions Association told CNBC.

That’s not to say the athletes have not also found new ways to incorporate wearable devices into their Olympic experience either. Scientists at the Winter Olympics Laboratory in Changchun City, China, have developed a wearable neuromuscular rehabilitation device specifically for snow sports.

By monitoring cardiovascular systems and lung performance, athletes can better tailor their performance on the slopes to maximize their physical output without risking their health. Researchers also attached IoT sensors to athletes’ joints and key muscle groups to more accurately assess their form and posture, helping them perfect their technique without the need to constantly climb the slopes between each run.

Elsewhere, Samsung has refined its SmartSuit technology to help short-track speed skaters improve their form and techniques. The suit integrates IoT Sensors at key positions along the skater’s body to track strain on the body, but also velocity. The idea is to help the athlete identify how deep they need to get in corners and straights of the track in order to achieve the fastest possible times. The suit was initially utilized by Dutch speed skaters Suzanne Schulting and Sjinkie Knegt at the 2018 winter Olympics and propelled them to Gold and Silver medals respectively.

A Clearer View of the Games

Like many modern sporting events, the Olympic games have been employing aerial drone cameras to help capture the action. Yet that’s far from the only IoT technology helping to call the action at the event, as the games will be broadcast entirely via cloud services.

Hosted by Alibaba cloud, the Olympics Broadcasting Service was designed to create a more efficient and enjoyable viewing experience. By utilizing more than 30 cloud solutions, producers are able to reliably create and share various content forms with local and international broadcast partners, from short-form behind-the-scenes clips to live broadcasts of events. This solution allows for more footage to be shot with fewer component pieces, allowing production crews to provide quality coverage with a previously unseen level of mobility.

“The agility that comes with cloud infrastructure allows faster deployment time with fewer onsite resources,” said Selina Yuan, GM of International Business for Alibaba Cloud Intelligence. ”While the flexibility of a cloud platform enables remote post-production and production to be done faster – and from any location with an internet connection.”

The Future is Now

This is only a portion of the IoT devices being employed at the Olympic games. As the technology continues to mature and evolve, expect these connected devices to become more ingrained in these processes – and life at large.