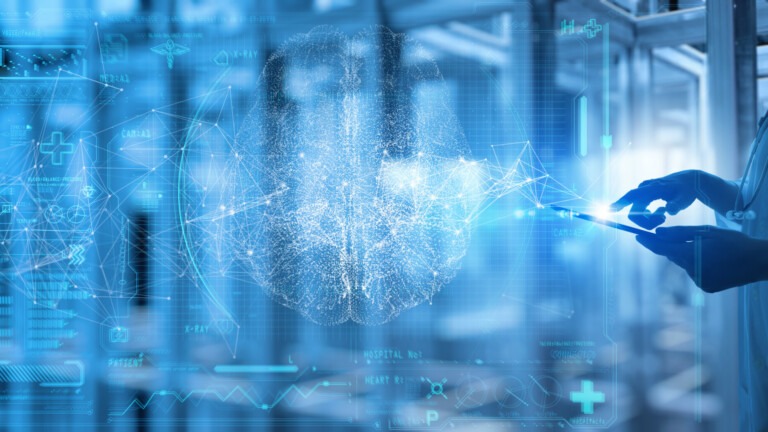 While wearable IoT devices have been available in some form for over a decade, advancements in sensor technology, improved form factors, and the impact of a global pandemic have increased their use dramatically since 2019. Gartner estimates that global spending on wearables will reach $81.5 billion USD in 2021, with the growing complexity of embedded IoT sensors creating new opportunities for healthcare applications.

The value of these improved IoT wearables has been especially evident within the healthcare space. In addition to devices that allow users to monitor covid symptoms, here are a few projects that are expanding the role of wearable IoT devices in healthcare.

Researchers recently published the results of a study in which participants were willingly exposed to common cold and flu viruses to determine whether or not wearable IoT devices could predict infections.

Using medical health trackers, the study recorded biometric data from participants before and after inoculation with H1N1 and human rhinovirus. By feeding commonly tracked stats like heart rate, skin temperature, and electrodermal activity into an advanced AI, researchers were able to successfully detect infection with up to 92% accuracy within 24 hours of exposure – and differentiate between mild and moderate symptoms with 90% accuracy.

“The beauty of the study is that we know the time of exposure to the pathogen, which is not true in these real-world studies. That makes this study uniquely powerful,” said Jessilyn Dunn, corresponding author of the new study.

A recent study found that 1 in 5 mariners have experienced some level of acute or chronic fatigue. This exhaustion represents a leading cause of groundings and collisions, and the nature of the labor undertaken by maritime workers makes fatigue a constant risk. To combat this, offshore support vessel operator P&O Maritime is seeking to introduce wearable IoT devices to its fleet in order to combat fatigue in its staff.

These devices take the form of headbands that track EEG (brainwaves) to anticipate a wearer’s ability to resist sleep. The data is transmitted to a smartphone app via Bluetooth, where it can be monitored by both offsite managers and the individual workers. Users can even set their initial alarms to private, so they can address their fatigue before it becomes a hazard.

Similar devices have found their way into other strenuous professions, including mining and commercial trucking. Used properly, these wearables could allow companies in fatigue-prone industries to better manage staffing, potentially using the data to cycle crew members in and out of rotation to avoid spreading them too thin.

Engineers at the University of Arizona have unveiled a new advancement in wearable IoT devices with the potential to revolutionize the way medical devices monitor users. Dubbed ‘Biosymbiotic devices,’ the wearables are 3D-printed to better match a user’s unique body shape, and utilize both wireless power transfer and compact energy storage to maximize runtime.

By configuring each device to the individual user, technicians can take physiological readings not possible in most commercial wearable devices. In tests, researchers were able to fit the devices to target specific parts of the body, including tricky, concave areas like the armpit. The devices were sensitive enough to accurately detect even slight body temperature changes.

“Because of the way we fabricate the device and attach it to the body, we’re able to use it to gather data a traditional, wrist-mounted wearable device wouldn’t be able to collect,” said Tucker Stuart, the first author of the research.

The devices are powered by a wireless system within a prescribed range, but also incorporate a small energy storage unit should the wearer leave the defined parameters. This allows for near constant monitoring under defined conditions as well as unrestricted range of mobility due to the devices’ wireless nature.

With the versatility that the 3D printing process allows for placement, and the longevity afforded by the extended battery life, biosymbiotic devices open up a wealth of possible applications for healthcare. This can include everything from improved drug testing, more precise monitoring of disease treatments, and improved personal health tracking, among others.

The future of wearable IoT devices in healthcare

Wearable technologies remain the most prominent form of IoT in the healthcare industry, with Gartner claiming sales of smartwatches and health trackers grew by 18% since the onset of the pandemic.

Yet there are many ways that IoT has found its way into the healthcare world. From remote monitoring devices designed to keep tabs on patients recovering from surgery to location tracking for wheelchairs, the industry has embraced IoT as a technological solution.

As the technology matures and advances, wearable IoT devices have the potential to change the way the healthcare industry treats and monitors it’s patients for the better.