What is the SIM Lifecycle, and How Can I Get the Most Out of It? 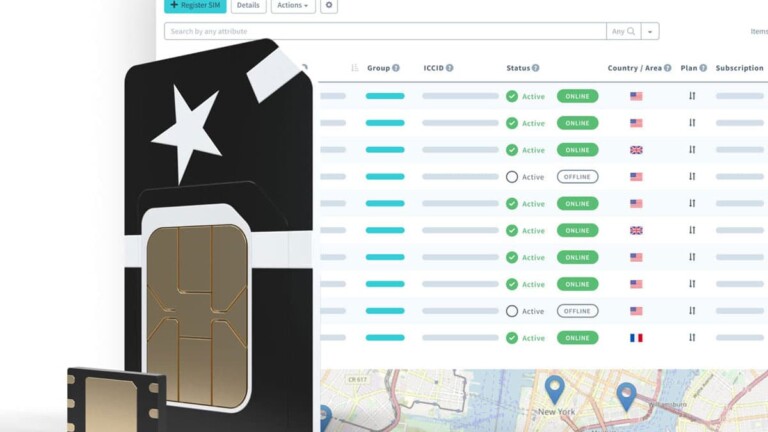 When managing a fleet of cellular IoT devices, one element that cannot be ignored is the SIM lifecycle It is the SIM that contains a subscriber’s information and connects the device to a cellular network, meaning that even though sensors and devices are getting smarter, SIM cards (in all of their forms) remain the lifeblood of the IoT.

As such, it is essential to take control of the lifecycle of every SIM in order to optimize your IoT devices. Though most connectivity providers don’t allow subscribers to take a firm hand in the management of their SIMs, Soracom’s unique suite of products allows users to tie the SIM lifecycle closely to that of the device in which it is installed.

This allows subscribers to focus more on the success and performance of the individual IoT devices, with the assurance that the SIM lifecycle is along for the ride. To this end, there are many ways that Soracom subscribers can make their SIM usage more efficient.

But first, let us define what the SIM lifecycle is.

What is the SIM Lifecycle?

The SIM lifecycle begins with the initial purchase of a SIM and covers the activation, deactivation, and termination of said SIM. It encompasses important elements of a deployment such as connectivity, data usage, billing, and security – each of which can be effectively and efficiently managed manually from Soracom’s user console.

An important element of SIM lifecycle management is governing the overall costs incurred by active SIMs. Once a SIM is activated, whether it is inserted into a working IoT device or not, it will continue to aggregate cost so long as it remains active. These subscription fees tend to be small on a per-SIM basis but can quickly add up when a deployment scales to include hundreds or thousands of SIMs.

With cost being one of the contributing factors to why businesses first attempting IoT projects have been known to lose faith, it’s important to keep a watchful eye on every SIM and its status.

Maximizing the efficiency of your IoT deployment starts when a SIM is first activated. After purchasing the IoT SIM cards (or eSIM or iSIMs) necessary for your deployment, they will typically be sent off to the manufacturer of the IoT devices in which they will be used for assembly.

As part of the assembly process, the manufacturer will activate each SIM to make sure the device is able to successfully connect to a cellular network. Once the SIM is activated, it will repeatedly try to connect to a compatible cellular network. It will also,  however, begin to accrue subscription charges, even as the IoT device it is connected to remains unused in a manufacturing facility. This presents one of your deployment’s first challenges, as though an individual device may not ring up much of a charge, a fleet of hundreds or thousands of SIMs all racking up costs without serving their expressed function can be a real detriment to any deployment.

As such, once your quality assurance tests have been completed, it’s not a bad idea to set your SIMs to Standby until they are ready to be deployed. This status temporarily suspends a SIMs subscription, effectively halting any fees that will come with the active SIM by extension. This is similar to the Suspended status, though a SIM on standby will reactivate once the device attempts to connect to a network again, making it the preferable option.

This is also a good strategy for seasonal deployments such as remotely piloted snow plows or certain agricultural solutions, where the IoT devices will face long periods of inactivity from time to time.

Of course, monitoring the performance of your devices is an essential part of any deployment. It is also an important part of SIM Lifecycle Management, as a SIMs activity can help report a faulty device, or potentially even an unwanted incursion from bad actors.

It is good practice to regularly run checks to see which SIMs have been active or inactive over a period of time. The length of time between checks is up to the business to decide, but given that most billing cycles are monthly, running API scripts to survey your devices’ performance every 30 days is a good place to start.

Soracom users can even use this helpful script to see which devices haven’t been online in the past month and place those active but not-recently used SIMs into standby.

Monitoring your deployment for SIMs that are using more data than the rest is also important, as this could be a telltale sign of malicious activity. Many resource-constrained IoT devices are designed without sufficient security functions, which can be exploited by hackers to gain access to sensitive data or issue DDoS attacks. If the data flow is abnormally large, and the network pull requests seem suspicious, you will likely want to set those SIMs into standby or even terminate them, depending on the situation.

Of course, Soracom users have a wealth of options for better managing their SIM Lifecycle all of which can be managed from the user console as well as API and CLI tools. From here, you can manage and monitor your fleet of IoT devices from a simple and easy interface that allows you to control both the individual SIM as well as larger groups. You can even control the speed class of each SIM to prescribe its maximum upload and download bandwidth. For example, you might throttle down the speed of SIMs that are using too much data in an attempt to limit their data usage without turning them off entirely.

From the SIM management page on the console, users can easily manage and update the status of their deployed SIMs, and even deep dive into their past usage with monthly, daily, and even hourly breakdowns. This allows users to model their Sim Lifecycle on the lifecycle of the hardware itself. Then there is the Expiry function, which allows users to set an action for a SIM at a prescribed date, allowing them to automate seasonality within their deployment.

There are even greater automation opportunities through our event handler service, which creates automated responses for certain events in a SIM’s lifecycle. This can include invoking an API or Lambda function in response to a SIM’s status change, an email notification when a certain data threshold has been met, and more.

It can also be used to improve security, as our IMEI lock feature allows users to set an alert and/or a response in the event that an IMEI does not match up with the correct device. This provides another layer of security in the event of misplaced or stolen equipment. These kinds of tools  monitor for any unexpected behavior or intrusion attempts, adding yet another security feature for your deployment,

To learn more about how Soracom can help manage the SIM lifecycle of your deployment, why not check out an in-depth demo of our platform.

Or if you have any other questions about your fleet of IoT devices, speak with one of our experts today to learn how Soracom has helped more than 20,000 innovators deploy, scale, and secure their IoT projects.