How Do IoT SIM Cards Work? 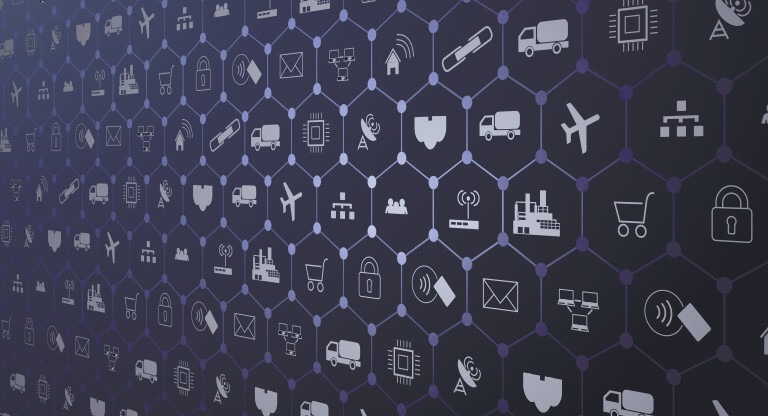 What is an IoT SIM card?

Continued investment in the Internet of Things (IoT) and its resultant evolution has fueled the development of the IoT SIM card, a variant of the traditional SIM designed to store user information and connect mobile phones to cellular networks.

IoT devices typically operate without much human oversight – interacting more with other machines than with people. For IoT deployments, which can include thousands or even millions of these devices, a stable, flexible, and secure network connection is of the utmost importance. Fortunately, IoT SIM cards are designed with these requirements in mind.

But how do IoT SIM cards work? Here’s a quick breakdown:

Map of an IoT SIM Card

Encased in protective plastic, the contact chip is the most important part of a standard SIM card. The chip includes a processor equipped with 16–256 KB of electronically erasable, programmable read-only memory (EEPROM), along with varying amounts of read-only memory (ROM) and random access memory (RAM).

Originally developed to verify users on consumer mobile networks, SIMs serve as a storage bank for distinctive information about the device, such as authentication credentials and carrier data. It also allows the device access to a cellular network. SIM cards are particularly useful for IoT applications because, when properly configured, they allow developers to authenticate individual devices, track locations, monitor data usage, and manage their own cellular data network.

SIM cards for mobile telephones typically store a set of authentication credentials that allow the device to connect to a network. These usually include security keys, location information. Some IoT SIM card vendors even provide IoT SIM cards that serve a similar function, identifying the device for admission to the network, governing the connection, administering security features, and allowing the device to send and receive data. Both traditional SIM and IoT SIM cards contain the following identification information:

As technology evolves, IoT SIM cards have become progressively smaller—with the newest embedded forms abandoning separate anatomy altogether. The original credit-card-sized SIM cards (1FF) used in early mobile telephones may no longer be in service, but other types remain on the market. Some form factors work better than others in IoT deployments, depending on considerations such as device type, environmental conditions, network standards, and required data speeds. When connected devices must operate in a wide range of extreme temperatures or harsh conditions, it’s wise to choose an industrial-grade SIM card.

Available in 2FF-4FF, these rugged cards offer additional layers of protection against vibration and deterioration. Here’s a breakdown of the four SIM form factors applicable to IoT:

The number of connected IoT devices is expected to grow from 7 billion today to 21 billion by 2025. As the market explodes, hardware manufacturers are designing SIM card variants with IoT applications in mind which IoT SIM card providers are picking up. Industrial-grade IoT SIM cards are created to operate in temperatures between -40ºC and 105ºC, making them an excellent choice for use cases such as emergency response, weather monitoring, and industrial IoT (IIoT).

Ultimately, IoT SIM cards serve a different purpose than traditional mobile telephone SIM cards. They provide a link between connected devices and the cloud, where collected data can be aggregated and accessed through an IoT management platform. With a focus on managing large groups of devices, IoT SIM cards provide more flexibility and support in the following areas:

Editor’s Note: This post was originally published in July 2019 and has been updated for accuracy.