The U.S. Infrastructure Bill Could Be a Boon for IoT 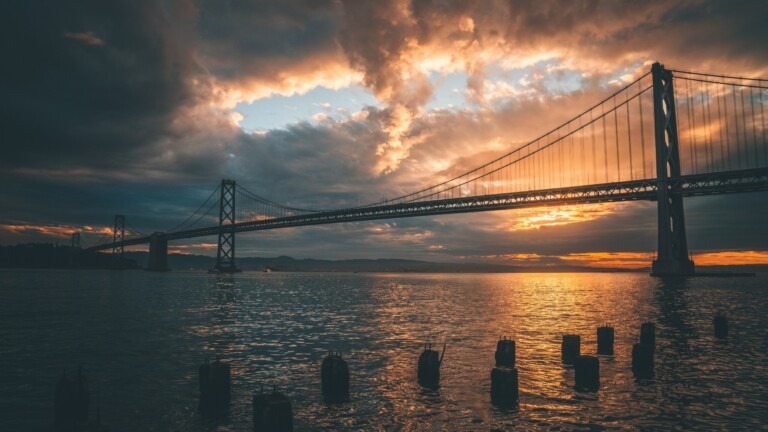 On Monday, November 15, U.S. President Joe Biden signed a $1.2 trillion infrastructure bill into law. This bipartisan legislation includes roughly $550 billion in funding for improvements to the nation’s transportation, broadband, and utilities, and represents the country’s largest investment in infrastructure in decades.

With the continued evolution of IoT in industrial settings, it should come as no surprise that many of the projects seeking approval under this new infrastructure build are rooted in IoT solutions.

Here are some ways that IoT can play an integral role in the country’s revamped infrastructure.

A full $110 billion of funding will go toward the country’s aging roadways, bridges, and other construction projects over the next 5 years. This represents the largest dedicated investment in bridge repair since the construction of the interstate highway system in the 1950s.

Recent years have seen IoT solutions become an integral part of the modern construction site. Devices like Exact Technologies’ concrete sensors, for example, allow for large-scale construction projects to safely and remotely monitor the tensile strength and resilience of large slabs on concrete. This can be invaluable to the timely completion of repair efforts, particularly on large projects like bridges and spans.

The legislation will also provide $7.5 billion in funding for zero- and low-emission public transportation vehicles, such as busses and ferries. By investing in greener means of public conveyance, legislators are hoping to offset greenhouse gas emissions while expanding access to public transportation.

IoT has found a number of uses in the world of transportation. Cities and municipalities can take a cue from Tokaichi Bus, for example, and use IoT sensors to create apps that track their vehicles with high degrees of accuracy. Conversely, sensors could be deployed to support preventative maintenance efforts, could be utilized for asset tracking, or a host of other services.

Additionally, a part of the investment was also intended to increase the availability of electric vehicle charging stations, such as those provided by OpConnect. This, too, is an effort toward creating a more sustainable infrastructure with an eye toward the future.

One of the areas expected to benefit most from the finds is the country’s ports. The $17 billion earmarked for coastal and inland port upgrades will allow these hubs to modernize their security and asset tracking systems.

IoT could possibly be most useful in real-time asset tracking, which can help manage inbound and outbound shipments more thoroughly. IoT trackers, such as those from Ubiquicom, could greatly help companies track containers and cargo remotely and securely, saving time and money for underfunded ports.

“Traditionally, ports haven’t had the resources to upgrade systems, or at least can’t do so without shutting down part of their capacity,” Tancred Taylor, an ABI IoT analyst, told the EE Times. “Applications will vary a lot; it can be asset tracking devices, it can be other kinds of live feeds to a central digital control tower – which none but the biggest and most advanced ports currently have.”

The legislation also seeks to create price transparency by expanding competition in areas that had previously been underserved by internet service providers. Creating greater access to high-speed internet can make deploying IoT projects much easier, particularly in remote and rural areas.

The infrastructure bill could breathe new life into many of the country’s aging support systems, and the IoT industry aims to be a part of that solution. A recent report from McKinsey suggests that IoT technologies can simplify processes, enable new workflows, and create safer environments en route to creating between $5.5 and $12.6 trillion in global value through improved functionality. This is to say nothing of how this improved functionality will positively impact the lives of everyday citizens.