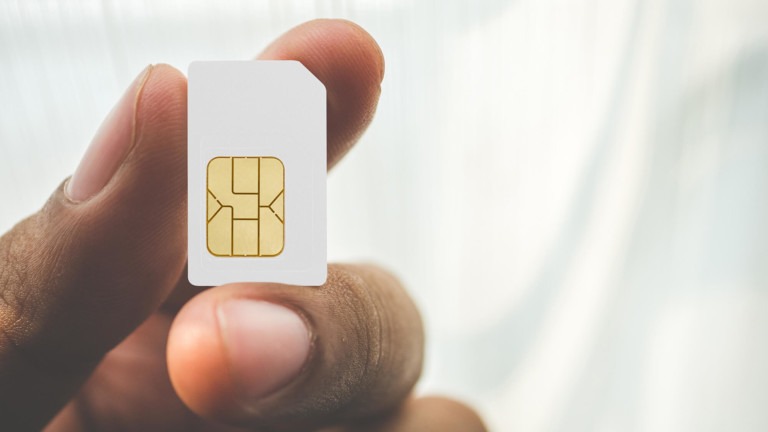 What are IoT SIM Cards?

Originally built for mobile telephones, subscriber identity module (SIM) cards connect devices to networks, allowing them to send and receive data wirelessly. The advent of the SIM card in the early 1990s ended the problem of mobile phone cloning—or copying the identity of one cell phone to another—and created an important layer of cellular network security.

IoT devices such as sensors, GPS modules, and asset trackers typically use much less data than consumer devices and are far more constrained in terms of available power and memory. These devices benefit from cellular connectivity designed with them in mind: IoT SIM cards that are sold by IoT service providers.

How are IoT SIM cards different?

IoT deployments have a distinct purpose: to connect machines (or “things”) to each other and to cloud services like AWS. IoT devices require more robust network coverage, data connectivity, and remote management capabilities than consumer devices.

Many enterprises manage global IoT deployments, with devices placed around the world that must remain connected to each other through a central cloud-based platform. Unlike consumer SIM cards, which are limited to a single carrier, IoT SIM cards often support multiple carrier coverage and can choose the best available signal in a given area, making it easy to keep smart devices connected no matter where they are.

Because IoT deployments collect, control and process varying amounts of data, consumer data plans rarely serve them well. On most consumer plans, users must pay a minimum fee that includes a certain allotment of data—but most IoT devices will use only a fraction of it. To offset this cost problem, most IoT SIM cards allow for aggregated data packages, where an entire group of wireless devices draws from a single data usage limit.

Remote network management is another key function for IoT. Developers—who become the network operators for their own IoT devices—need to monitor connections, check data usage, and view collected information from afar—and IoT SIM cards are designed to enable those capabilities using an IoT platform.

IoT SIM cards come in several sizes or form factors, depending on their intended use. Consumer SIM cards started out large—the size of a credit card—but as technology progresses, their dimensions continue to decrease. Current removable IoT SIM card form factors include the 2FF Mini, the 3FF Micro, and the 4FF Nano.

The newer eSIM or eUICC (embedded universal integrated circuit card) comes integrated into a device and cannot be removed. Instead, it acts as a miniature storage point for virtual SIMs, which can be controlled remotely.

The eSIM offers a number of benefits for IoT deployments. While traditional IoT SIM cards tie devices to a single service provider, the eSIM integrates with hardware and can be programmed remotely to connect to a local network if the device travels to another region. The eSIM is also more compact, durable, cost-effective, and adaptable to diverse form factors than its predecessors, making it an ideal solution for large-scale IoT deployments. A recent McKinsey report emphasizes the potential of emerging technologies such as the eSIM—and the importance of investing in them.

While consumer SIM cards are expected to function in the typical range of temperature and weather conditions, IoT SIMs must be rugged enough to cope with extremes. For example, IoT sensors monitor a wide range of conditions in underground mines, beneath floating oil rigs, and near active volcanoes. They must be constructed of a material that can withstand excessive heat and cold, water, wind, dust, and other harsh environmental situations. IoT SIM cards are built to operate in temperatures ranging from -40ºC to 105ºC, depending on the form factor.

Gartner predicts that 20.4 billion IoT devices will be connected by 2020. With that massive number of “things” comes a tremendous wave of collected data, and IoT security remains the biggest concern for businesses looking to deploy devices.

IoT SIM cards, including the eSIM, are positioned to mitigate some of that security risk, as long as a company works with a good IoT service vendor. The eSIM can store credentials such as public key infrastructure (PKI) certificates and use them to authenticate devices. PKI certificates enable data encryption, protecting information as it travels between devices and the cloud. A recent report from GSMA highlights several use cases of IoT SIM cards leveraged for security.