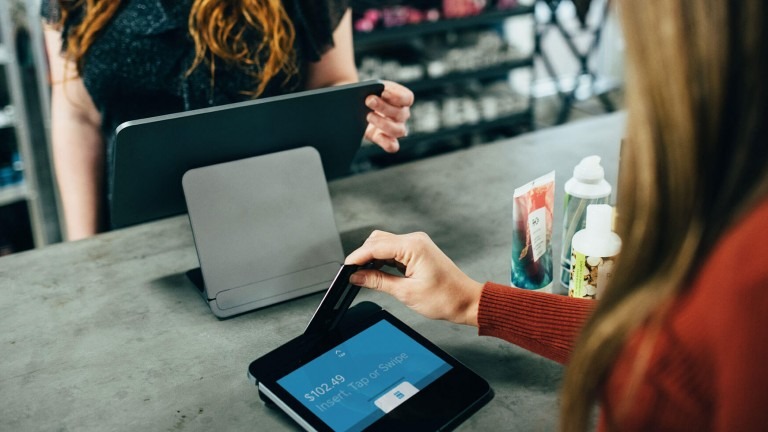 From cash to credit to cryptocurrency, the way we purchase goods is shifting with the emergence of new disruptive technology that promise heightened security and ease of use.

One of the most impactful changes has been with point-of-sale systems — also known as PoS systems — found in retail stores. These devices are continuously evolving to meet the demands of new markets, while providing unprecedented operational value to retailers.

By connecting these innovative devices with cellular connectivity, retailers can create an intelligent operational system that erases the downtime and logistical issues surrounding connectivities such as WiFi.

With the global retail IoT projected to reach a value $94.4 billion USD by 2025, there’s no denying the continued impact of this disruptive technology.

IoT has countless applications in the retail industry, many of which are leading to streamlined operations and a greater consumer experience.

Shoppers that tire of long checkout lanes — for instance — are benefiting from mobile PoS systems that are connected to IoT sensors installed throughout the retail environment. These IoT-connected devices can quickly handle the inconveniences that used to frustrate consumers, such as verifying product stock and prices.

Not only does this benefit consumers by providing a quick solution free of human error, but it also allows retailers to prioritize their staff for tasks that involve judgement and expertise.

This results in store owners saving time and money that can be spent on their customers in the form of discounted prices and better overall service.

Whether it’s cash registers, vending machines or ATMs, every retailer requires a stable and secure PoS system. After all, it’s what transacts and facilitates each deal between a business and its consumers.

Similarly, each PoS system requires a connection to the Internet in order to function. Without this, they would be incapable of registering each sale, meaning customers wouldn’t be able to purchase goods.

Plus, the system wouldn’t be able to provide the data and analytics that retail businesses often rely on to fuel their sales and marketing efforts.

Choosing which connectivity to power their PoS system with is an important decision for retailers to make, as it can have a significant impact on revenue and customer satisfaction.

Cellular connectivity remains the optimal choice for PoS systems for many reasons.

PoS systems such as vending machines, ATMs and cash registers are often installed and managed by third-party companies. Often, this means that they don’t have access to the retail store’s public Wifi connection.

Even with access, it can be risky to rely on the strength and security of another company’s connectivity, especially when it can make or break the success of your business. Visiting a retail store only to learn that they can’t take any debit or credit transactions because their Wifi is down can be frustrating. Not only does this limit in-store sales, but it also makes the retail store in question look like it’s poorly operated in the eyes of potential consumers.

Most short-range connectivity types lack the security necessary to adequately support retail transactions. With PoS systems managing and interacting with personal data on a daily basis, this a crucial feature that retailers can’t afford to miss.

Plus, the onboarding process for connectivity types like Wifi and Bluetooth can be painful, especially when trying to scale retail operations to multiple stores.

With cellular connectivity, PoS systems suffer from virtually zero downtime, allowing them to keep making your retail business money. They’re far more secure than systems that are shared on public WiFi, as they use encryption to ensure that data is kept safe. Plus, with the prevalence of existing cellular infrastructure and the countless cellular providers located worldwide, scaling retail PoS systems with cellular connectivity is an easy affair

In today’s world, where there are millions of companies around the world vying for the same consumers, failing to power your PoS systems with intelligent cellular connectivity can be a fatal mistake.

For over three years, wholesaler Kokubu has supplied their retail stores with the equipment that they need to operate, including PoS systems. However, when their stores switched from selling alcohol to selling convenience items, they needed to modify their network infrastructure to handle the new influx of products.

Plus, Kokubu retail stores located near universities, hospitals and libraries suffered from poor Internet coverage as they relied on the strength of public WiFi, often resulting in missed product orders, unnecessary delays and more.

Kokubu solved these problems by choosing to power their retail stores with Soracom cellular connectivity.

Installing a SORACOM Air SIM card into each piece of their retail equipment allowed them to keep their devices well-connected and secure, resulting in efficient ordering and a streamlined retail experience for their customers. Plus, Soracom’s pay-as-you-go pricing proved to be the perfect solution for Kokubu, as many of their stores require various amounts of data.

With the growing importance of securing consumer data, Kokubu integrated SORACOM Canal into their operations as well, establishing a private connection from their retail equipment to their Amazon Web Services Virtual Private Cloud.

For Tokyu Hands, managing a chain of over 80 department stores requires handling massive amounts of data ranging from sales and marketing, to legal and operations. This often necessitates having a virtual private network as a backup line for retail POS systems, which can be quite expensive.

Tokyu Hands wanted to find a solution that would allow them to bypass the costs of a VPN without compromising on security and reliability. In addition, this new connectivity would need to have the capacity to handle transferring data to and from departments, and even to other stores that may be physically distant from one another.

Soracom cellular connectivity allowed Tokyu Hands to support their retail POS systems without having to invest in an expensive VPN setup. By installing a SORACOM Air SIM card into each business terminal, Tokyu Hands could interact with their server without having to install a LAN for the main network line. This solution ended up saving Tokyu Hands the cost of installing network equipment, which could cost tens of thousands of dollars, and take up to a month to construct.

Plus, powering their retail system with Soracom cellular connectivity made installing a backup line virtually redundant, saving the department store chain even more in unnecessary costs.

With millions of vendors for consumers to choose from, it can be difficult for retailers to differentiate your offerings from the next business. That’s why it’s crucial for retailers to stay ahead of their competition by addressing the needs of their consumers, especially when it comes to how they pay.

Powering your retail PoS system with Soracom cellular connectivity allows you to deliver consumers stability and security in each purchase that they make. That means no more turning away customers because the Internet is down.

Consumer data breaches can be a press nightmare, making it a top concern for many retailers. At Soracom, we take great strides to protect all of our clients’ data from external threats with cutting-edge technology, allowing you to operate in complete safety.

For many retailers, it can be difficult to scale your operations when you own many stores across different countries. We’ve made it easy for you to globalize their business across over 120 countries by utilizing multiple network operators across the world.

Plus, our no-commitment pay-as-you-go pricing protect you from being charged for data that they’ll never use.

Book a demo today and learn how you can drive revenue with Soracom cellular connectivity.