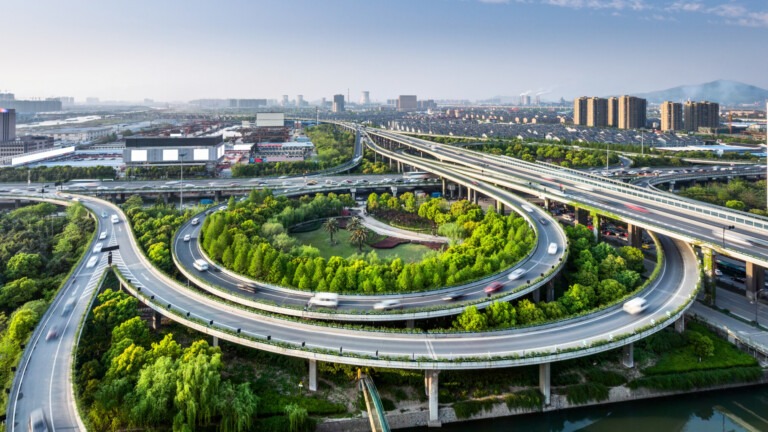 While the US government recently enacted a $1.2 trillion infrastructure bill designed to address the country’s aging roads, bridges, and waterways (among other things), there is still much work to be done. One company looking to make the most of this renewed interest in infrastructure is the concrete monitoring service Exact Technology, and they’re doing so by harnessing the power of cellular IoT!

“The Infrastructure Bill is a huge step forward in rebuilding the nation’s crumbling roads and bridges,” said Jordan Korenzvit, CEO and co-Founder of Exact. “The key to actually getting a 125-year service life this time around will be transparency on material performance.”

As explained in a recent profile on ForConstructionPros.com, Exact deploys temperature sensors that help monitor the strength and constitution of large slabs of concrete in real-time. This data provides an unprecedented level of insight into the viability of concrete structures during the curing process, allowing engineers to anticipate any potential structural issues, provide support when needed, and effectively root out any weaknesses that could arise.

Though it is an incredibly strong and durable material, concrete is not impervious to wear and tear. High temperatures have the potential to increase the rate of hydration and thermal stresses in the concrete, making it more susceptible to cracking and deterioration. This is true at all stages of concrete’s lifespan and is particularly true for materials that are open to the elements, such as roadways and bridges.

“If you eliminate thermal cracking, then you don’t have different things seeping into the concrete,” said Korenzvit. “As a result, you can have a much better chance of achieving the surface life – often 125 years for these concrete structures.”

Temperature monitoring is an important element of all stages of concrete development and allows for more precise curing processes and precast installations. This data can even be used proactively, allowing users to heat precast beds to speed up the concrete maturation process and create stronger slabs more quickly.

“It’s all part of the same kind of world of data temperatures and control,” Korenzvit added. “But now we’re actually applying heat to these beds in a controlled manner.”

As such, it has become common practice to monitor the temperature, humidity, and maturity of concrete structures. The challenge, however, has been one of scale – as the average construction project involves significant amounts of concrete, and monitoring an entire site can be demanding.

To help address the monitoring needs of entire worksites, Exact Technology has introduced a series of concrete monitoring sensors that can give users an up-to-date understanding of their entire site. The data drawn from these IoT devices is collected and analyzed and viewed via Exact’s web portal, providing users actionable insights that can redefine the scope of their projects.

To help connect these devices to their web portal, Exact has partnered with Soracom as their cellular IoT partner. Concrete sensors collect data and wirelessly transmit it to a radio relay outfitted with an IoT Sim Card from Soracom, which allows the devices access to a secure internet connection.

“[A] top concern in IoT is security,” Soracom CTO and Co-Founder Kenta Yasukawa told For Construction Pros. “We have provided those features to isolate devices and servers, and provided our SIMs to authenticate and establish a secure link between our endpoint and devices.”

Innovations like those from Exact Technologies could see considerable interest in the coming years, as the American Society of Civil Engineers recently graded the infrastructure of the US as a C-. Though this is a slight improvement over the previous report (in which the US earned a D+), the report found several areas that still demanded considerable attention.

For example, the study found that there are approximately 231,000 bridges throughout the country that are in immediate need of repair or preservation efforts. Meanwhile, a troubling 43% of the country’s roadways are labeled as poor or mediocre. This is only a sampling of the infrastructure projects that would benefit from properly laid, cured, and safely maintained concrete.