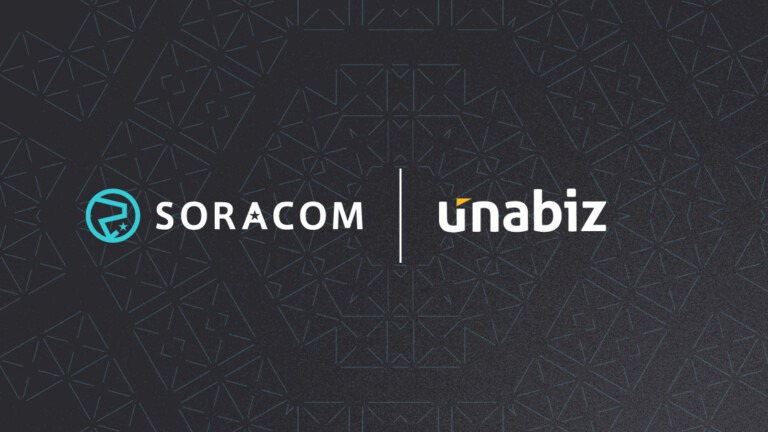 For an IoT deployment to work smoothly, it takes powerful hardware, sophisticated networking tools, and reliable connectivity working together seamlessly. While each component may shine on its own, the IoT is like a symphony, where it takes many different parts working together to create a fuller and more meaningful experience.

The strong partnership between UnaBiz and Soracom is a great example of such a collaboration between two companies with complementary expertise. Singapore-based UnaBiz has been pioneering the Massive IoT market, with its core strength being custom IoT hardware design. On the other end, Soracom is a leading provider of IoT connectivity that brings its expertise in connectivity service and international projects that serve more than 4 million connections across the globe.

Together, these two companies have emerged as a 1-2 punch for IoT solutions, and the collaboration was born out of solidarity of vision.

The potential of a collaboration between Soracom and UnaBiz was obvious for both CEOs, Ken Tamagawa and Henri Bong: Henri believed in a future born of low-power solutions widely deployed over secure and reliable connectivity – a concept that would later be dubbed ‘Massive IoT,” while Ken, sought to empower creators to design IoT solutions that will improve the world through secure and reliable connectivity.

Seeing common ground in their visions of the future, the two struck up a friendly relationship that would not only inspire Soracom to become an investor in UnaBiz but spur multiple collaborations throughout the years.

Nicigas, a major provider of liquefied petroleum gas in Japan, faced considerable challenges when it came to collecting the usage data for all of their customers. The company had been sending staff out into the field to manually collect meter readings, a cumbersome process that was fast proving inefficient from time and cost perspectives. Recognizing that a technological solution may be beyond their scope, Nicigas sought out organizations with the appropriate skill sets to help address their situation.

When Soracom was tapped to develop a solution to this challenge, their relative lack of experience with hardware development led to an exploratory conversation with UnaBiz. Yet the design stage of the device inspired new questions – and exposed some areas where the project could be greatly enriched by further collaborations. This brought to the table Kyocera Communication Systems, the Japanese 0G network operator.

Together, the 3 companies eventually emerged with the idea of the Space Hotaru, a smart extension that could be affixed to existing meters to help digitize the data collection process. The device proved to be a huge success, with a million units already deployed within less than 3 years, going well beyond the initial target of  850,000 units. This has resulted in significant savings in staffing costs (¥10 million on readings per staff member each year), and a 40% reduction in deliveries thanks to improved efficiency.

A Partnership Built Around Connected Trust and Looking to the Future

The partnership between UnaBiz and Soracom isn’t limited to this (major) project, either. UnaBiz also serves as a Premium Distributor for Soracom’s IoT SIM cards and platform services in Singapore and Taiwan.

This ongoing collaboration has enabled a wave of innovators to connect fleets of smart devices across the APAC region, with solutions ranging from e-scooters and mobility options to government operations and asset tracking.

And with their recent acquisition of the Sigfox technology, UnaBiz now looks to expand the scope of its ability to bring new solutions to market through collaborations.

UnaBiz CEO Henri Bong will be speaking at the Soracom Discovery event in July 2022 to say more about the company’s vision, and what to expect in future collaborations with Soracom.

Interested in learning more about what a partnership with Soracom can do for your business? Speak with us today and let’s get started building an IoT solution that works for your deployment.