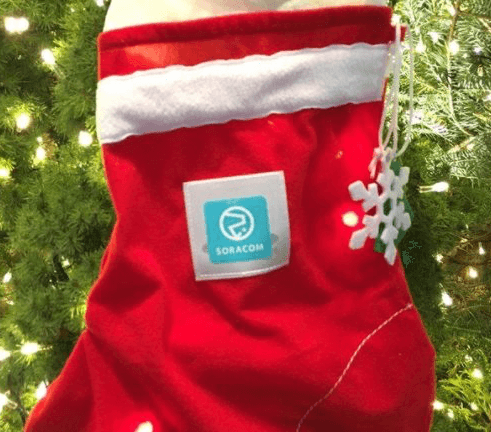 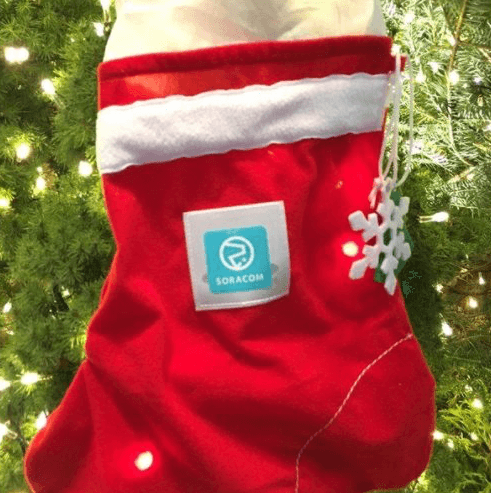 SORACOM Santa has been watching Twitter closely, staying up late to read all of the feature requests you sent to him at #SoracomSanta.

And because everyone was nice this year, his elves worked extra-hard so he could deliver gifts early: when you check your holiday stockings, you’ll find that SORACOM Santa has already dropped down the chimney to deliver 7 brand new features:

See below for full details on everything Santa is delivering today, with happiest of holiday wishes from all of us here at SORACOM!

(And if you don’t see your favorite feature on this list, don’t worry: SORACOM Santa has communicated all requests to our engineering team, and we will have many more features to announce in 2017.)

The SORACOM User Console now also supports forward-match text search, so you can instantly pull up a SIM or set of SIMs by name.

Previously, changes made to groups or custom DNS settings would not be reflected until the previously-established session had been disconnected on the device side or by invoking the DeleteSubscriberSession event via API or soracom-cli.

Thanks to your requests, Santa’s elves have created a new pull-down menu item to let you disconnect sessions directly from the User Console! 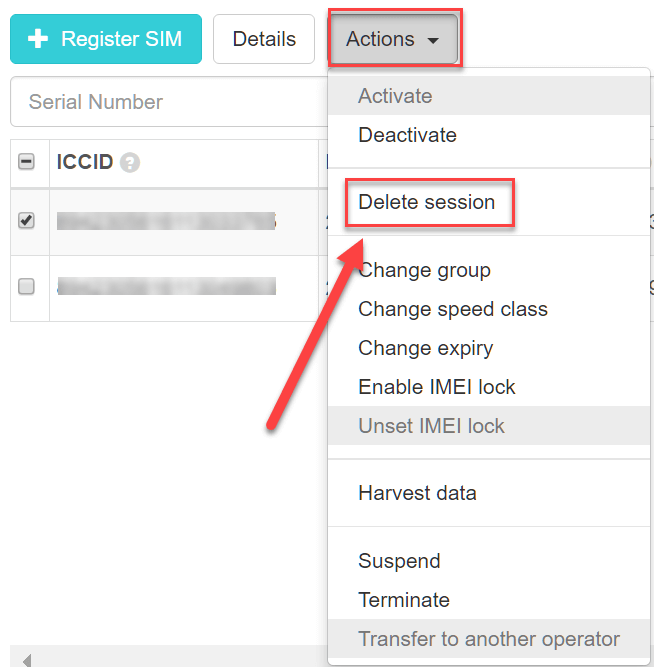 Disconnect sessions on the fly!

Please use this power wisely: Before disconnecting a session remotely, be sure to confirm beforehand that there is a session reconnection mechanism on the device side!

This can now be set as an option using the new toggle shown below.

For example, when UDP is used as the Input protocol, as in the so-called Fire-and-Forget use case, it is now possible to completely eliminate the response from the server side.

Also, in case you want to send a message to the device by response from the server, you will not need to parse processing to remove the status code part.

This option is available for all of Beam, Funnel and Harvest.

This feature gives you the ability to set powerful new conditions, such as “Hibernate if traffic volume exceeds a certain amount of data traffic per day”.

You can now acquire information from your supported devices by HTTP request. Previously, Air SIM information such as IMSI, name, tag, speed class of Air SIM was displayed in JSON format.

The metadata query function lets you read only the necessary part of metadata.

In cases where it might be difficult to parse JSON data, you can now use metadata even if you do not have an HTTP client!

Our newest service is only a month old, but that doesn’t mean SORACOM Santa forgot!

Until now, using TCP/UDP meant that SORACOM Harvest data could not be graphed on the console because transmission contents were Base64 encoded and incorporated in JSON.

Now, data transmitted by SORACOM Harvest via TCP / UDP can also be graphed. 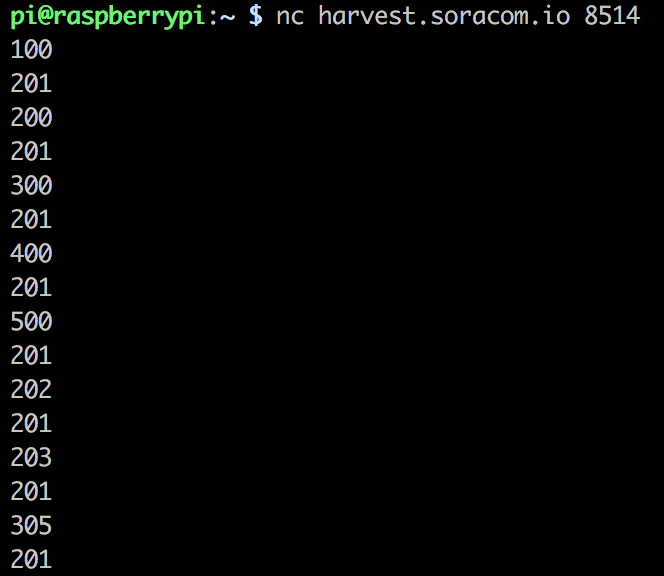 Until now, use of SORACOM Gate required a VPG (Virtual Private Gateway), which made it difficult to try out SORACOM Gate on a test basis.

Today, SORACOM Santa has prepared a VPG that anyone can use!

If you are already using SORACOM Air SIMs, you are welcome to access the public VPG for test purposes. (Note that there is a small VPG usage fee of about 5 cents per SIM/day.)

Because this is a public VPG, you won’t be able to use it to connect to AWS VPC, data center, or other cloud services.

Setting up the Public Gate

The setting method is simple. Open the group setting screen in the SORACOM User Console and select “Shared VPG for Public Gate” in the pulldown that specifies VPG for an existing or newly created group. 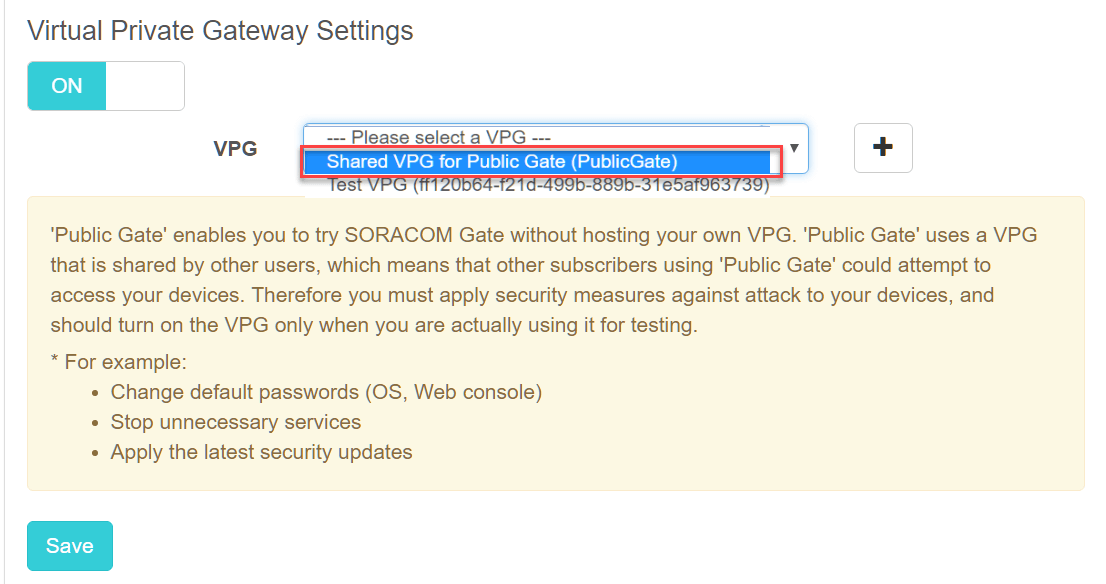 After establishing the group, just associate your desired SIM or SIMs with that group and connect. (If the device is already communicating, you will need to reconnect.)

You can reconnect by enabling/disabling airplane mode within the terminal, or you can now also reconnect the session using the “disconnect session” function announced above. 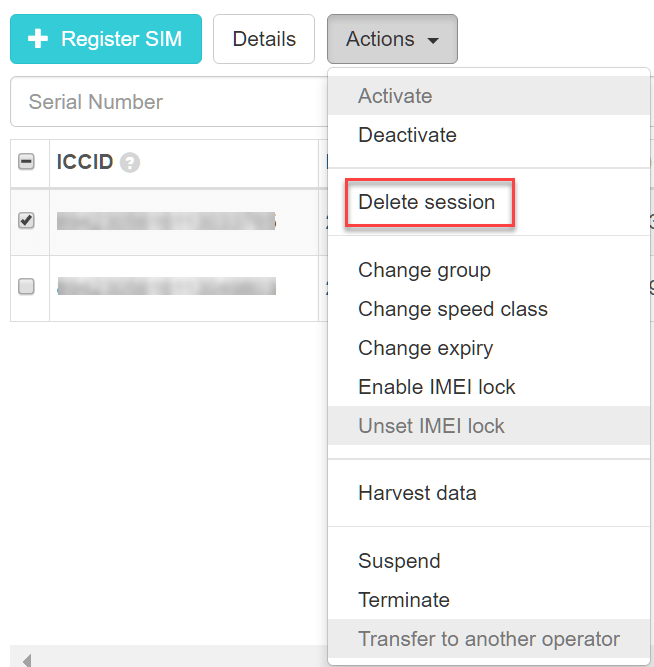 Please be aware: Because the Public Gate VPG is shared with other users, please take sufficient measures to prevent illegal invasions such as:

In addition, we recommend that you use Public Gate only when you want to perform verification or to perform any maintenance, rather than always connecting.