What’s Driving the Growth in Roaming Data for IoT Connections? 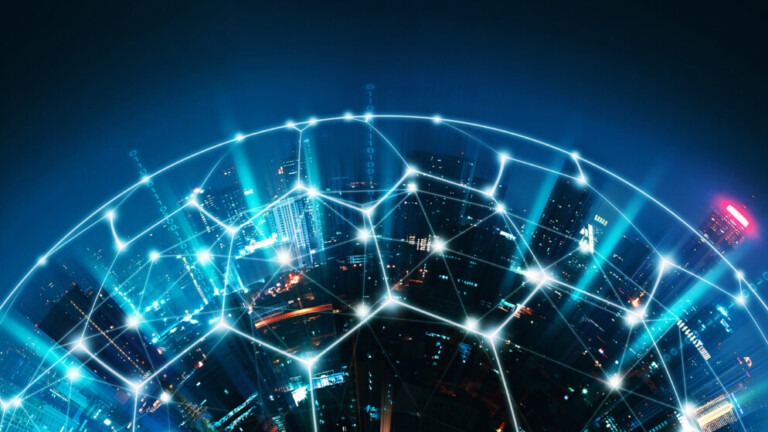 The amount of data generated by roaming IoT connections is projected to grow by 1,140% in the next five years. That would mean roaming IoT connections will produce more than 1,100 petabytes of data by 2027, up considerably from the 86 petabytes projected for 2022. To put that tremendous number into perspective, this is the same amount of data required to stream Netflix at 4K for 165 million hours, and 26% of it is projected to come from IoT devices in the U.S.

This corresponds to a similar growth in the global number of cellular IoT subscribers, which increased to 2.1 billion subscribers in 2021, representing a market share of USD$2.81 billion. The market for cellular IoT is expected to increase to $6.79 billion by 2027.

Roaming connections are often the result of IoT devices that are built to the specifications of one country’s networks – but have to perform globally. These devices may not be configured to connect to more than one cellular network, or may not be configured to connect to the number of networks required to work across international borders. Additionally, many countries have their own policies surrounding and restrictions on cellular roaming. This sets up a real challenge for multinational companies that rely on IoT solutions to accomplish their business goals.

Companies looking for IoT connectivity may prefer to stick to a single vendor rather than manage contracts with multiple providers. That means cellular IoT service providers have to be able to provide both direct and roaming connections to serve the needs of their globally-oriented customers.

Cellular service providers are also responsible for helping customers navigate shifts in the types of networks available to them. This includes the ongoing global 3G sunset, which is part of what is driving the growth in roaming data forecast by the study.

Many carriers in Europe, Australia, the U.S., and some countries in Asia have either already shut down their 3G networks or will have done so by the end of 2022. Carriers in a few countries, including Japan, Korea, and Canada, have either announced no final date at all or have pushed their sunset out to 2025. Regardless, those networks are shutting down around the world. This shift, which is called the 3G sunset, is driving more roaming connections, according to researchers.

When 3G networks came online in 2002, they enabled data transfers of around 3 Mbps on average – 30 times faster than those available on 2G. For 4G networks, which achieved full coverage in 2014, those speeds can approach up to 100 Mbps, though typical rates are closer to 35MBps.

The shift to 4G brought with it data speeds fast enough to enable HD- and video game streaming and drove mobile browsing to overtake desktop in popularity. That data rate can still be inconsistent, though, depending on a network’s capacity at a given time.

For IoT, 4G connectivity made high data transfer speeds possible for devices. The improved data transfers that resulted from this have enabled more types of IoT applications.

While it is unclear how many currently active legacy IoT devices will stop working after the 3G sunset, certain industries will be affected more than others. For example, the alarm industry has been vocal about the impact the 3G sunset will have on their panels and other devices. Many medical devices – particularly personal emergency response units – may be directly affected as well. Even in-vehicle systems that allow drivers to summon emergency help after a breakdown or crash might lose functionality because they are no longer able to connect to a 3G network.

Because many IoT devices that relied on 3G technology send smaller packets of data, and thus aren’t reliant upon the increased bandwidth of a 4G or 5G network, alternative connectivity solutions like Low Power Wide Area Networks (LPWANs) are filling the gap. LPWANs, in particular, are one of the reasons roaming growth is expected to take off.

LPWANs support smaller data transfers – maxing out around 100 bytes per transfer – over much wider areas than Wi-Fi. They are particularly useful for IoT installations that cover a broad area and send infrequent packets of data, such as for asset tracking or agricultural management. These networks have other benefits for IoT projects as well, including improved battery life efficiency and cost savings.

Increased adoption of LPWAN is also contributing to the growth in roaming data. Approximately one-third of all LPWAN connections in Europe, for example, are expected to be roaming by 2027. There is product development in progress that would allow IoT devices to shift from one LPWAN to another – a process reliant upon roaming connections to work. One potential use case for this technology would be to track assets as they move from one country to the next.

Data costs for this type of roaming are currently low, but as connectivity providers and cellular network operators adjust their billing rates for this type of data transfer, those costs may increase accordingly.

There are solutions available to help guard against high charges for roaming data, including eSIM data plans that can provide affordable connectivity while traveling, and multi-International Mobile Subscriber Identity (IMSI)l SIMs that work across multiple networks. These technologies will be critical as the quantity of roaming data used by IoT devices rises over the next few years.

Companies that deploy IoT solutions and the providers that connect and transmit that information will want to work together to create solutions that address the challenges and opportunities brought on by this rise in roaming data. Networks will continue to evolve, and IoT solutions that are flexible enough to accommodate these changes, while still remaining efficient and effective, will continue to thrive.

To learn more about Soracom’s roaming capabilities and other ways we can help with solutions around roaming data from IoT devices, contact Soracom today.