Connecting The World: Three Women To Watch in IoT 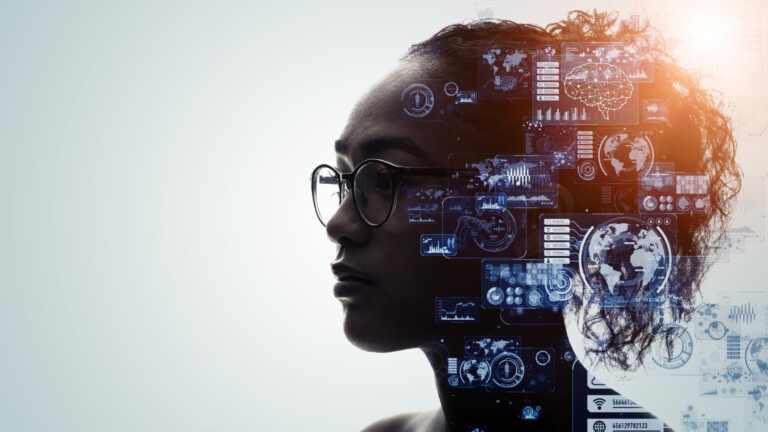 Women have historically held only 25 percent of the computer-related jobs in STEM, and 14 percent of engineering-related jobs. Furthermore, Bureau of Labor Statistics reports show women in computer-related roles earn only 81 percent as much as their male counterparts, a gap that does not encourage more women to step into the field.

For companies that embrace inclusion and work to increase gender and racial diversity in their teams, however, there is a tangible benefit: More revenue that can be directly attributed to greater levels of innovation. IoT devices – and the services that support them – brought to market by a more diverse group of developers could also reflect a wider range of audience needs, which may lead to more tools and devices tuned to specific needs.

These three women – a CEO of a company using IoT devices to protect the homebound elderly, a telecom executive building a 5G network, and an ethicist and foundation officer who is focused on Internet sustainability and accessibility – are blazing pathways in their respective areas, and showing what’s possible for women looking to thrive in roles like theirs.

The Urban Institute expects the number of Americans aged 65 and older to more than double by 2040, and the number of adults aged 85 and older to quadruple in the same timeframe. As a result, public health practitioners have begun focusing on “aging in place,” which is when older people stay in their own homes longer.

In addition to providing a more comfortably familiar setting, staying at home reduces the need for assisted living facilities, where tight quarters and communal spaces have increased the risk of Covid-19 among residents. Especially during the early days of the pandemic, infections spread through those facilities quickly. That has changed the conversation about the best place for an aging family member to live.

Aparna Pujar founded Zemplee in 2015 after experiencing challenges caring for her aging parents, who both have chronic health conditions and live in India. Pujar, who lives in California, wanted a solution that would allow her to monitor their wellbeing and stay engaged with them without infringing on their privacy. She and her co-founder developed a system that allows caregivers to place a number of motion and contact sensors around the home.

Zemplee’s smart sensors spend a month collecting data to create a picture of the resident’s typical behavior. They then use that data as a baseline to measure a range of behaviors, from movement to sleeping patterns to eating to restroom use. If the system senses a behavioral pattern change that might indicate a problem, it can alert either a medical professional or family member.

Pujar founded Zemplee after holding roles at several Silicon Valley companies, including eBay and Yahoo! In 2021, she was recognized by Analytics Insight as one of the Top 10 Women of Impact in Technology for developing an innovative IoT solution specifically for an underserved population. It’s a thoughtful approach to IoT product development that leverages her personal and professional experience.

During an October 2020 podcast, Pujar told Gary Fowler the Zemplee team was intentional about developing a non-invasive IoT solution. “It’s very hard…to expect an elderly person to change their daily lifestyle habits, which a wearable would demand from them,” Pujar said. “We also did not make it a video-based solution because…there’s a lot of concern [about] privacy and dignity.”

When the COVID pandemic got underway, Pujar and Zemplee made a small tweak to the product that allowed them to qualify for Medicare reimbursement, a change that has made it easier for U.S. families to afford the system. She also told Fowler the advent of 5G is going to help make real-time alerts even faster, which will improve the system for users.

As 5G networks roll out across the globe, Edwige A. Robinson is using her deep technology experience to ensure T-Mobile’s 5G network is cutting-edge and top quality. She leads a team that is designing, building, and implementing the network in the company’s Central Region of the US. Though 4G is currently the most prominent connectivity for cellular IoT devices, Robinson’s work will help speed the adoption of broader 5G connectivity for IoT devices.

Among Robinson’s priorities in the project is ensuring 5G serves more customers in underserved locations. Lack of connectivity in rural areas is a challenge to many IoT projects that span large areas.

Robinson started in her position in October 2020, but her rise to the top began in a small town in the West African nation of The Ivory Coast (Cote d’Ivoire). She moved to the United States in her 20s and did not speak English when she arrived. She took a job in a plant that manufactured motherboards and discovered a passion for STEM that led her to engineering roles and leadership positions at a variety of communications networking companies and, eventually, to her executive role.

“One of my goals in life is to become a role model and to show others what is possible,” she said in an interview for T-Mobile. “As a triple minority, I take great pride in showing that it is possible to become what you dream of in secret. I want little young black girls and young men to see that their dreams are valid, too.”

In late January, Robinson was named one of 100 Influential Women in Tech to Watch in 2022 by Womentech Network. She was honored for her tech leadership, her role mentoring and lifting up other women in the field, and her work in ensuring communities that have been systemically left behind in the tech industry have access to STEM education.

Michelle Thorne is a technology and climate activist, policy advocate, and ethicist who is working on ways to create a healthy Internet that is both accessible and more sustainable. She came to her understanding of the power of opening resources for community use while coordinating international projects for Creative Commons earlier in her career.

“Even from a very young age, you watch the gestures and words of your parents and you remix it and make it your own,” she told Bangalore’s Centre for Internet and Society’s Access to Knowledge in 2013. “All of human culture…has openness embedded in it. And in some ways, we’ve just created artificial restrictions to this openness.”

In 2015, Thorne founded Mozilla’s Open Internet of Things Studio, in part as a way to extend the company’s work beyond the Firefox browser. The project was intended to expand and champion Mozilla’s values, particularly around open access and inclusion.

The studio is “part think tank, part open-source laboratory exploring and advocating for ethical IoT.” It convenes practitioners to talk about how open IoT can benefit more of society and creates prototypes to envision what responsible IoT really looks like. The studio collaborated with design agency Superflux to produce “Our Friends Electric,” a short film about the implications of the use of AI voice assistants, which was one of the topics members of the studio examined in their research.

She also co-authored “Trustworthy AI and the Climate Crisis,” which appeared in ThingsCon’s State of Responsible IoT, an annual collection of essays that explores challenges and opportunities in the IoT space. In it, she calls for policy interventions such as steering research investments toward understanding how AI can harm the environment, ways technology can be reclaimed for the public good, and setting carbon emission standards for AI systems.

“A diverse internet, not a brittle monoculture, is healthier for businesses as well as the people using it,” Thorne said at the 2021 Internet Governance Forum. “That’s why investing in alternatives is needed.”

For the past two years, Thorne has published Branch, an online magazine focused on the intersection of technology and sustainability. In fact, sustainability runs through even the publication’s technical elements. The magazine’s design intentionally uses limited fonts, lightweight images, and backend code that draws as little energy as possible. It also caches easily for offline use so readers can access it even if they are not connected to the Internet. Branch has received the Ars Electronica Award for Digital Humanity.

More Room for Women in IoT

Pujar, Robinson, and Thorne each take a very different approach to the business of IoT. But in each woman’s case, they’re approaching the field from a place grounded in their own personal story. From products to networks to thinking big about how the industry can tread lighter on the planet, they are showing why they are women to watch in this space.