What is an ICCID number? 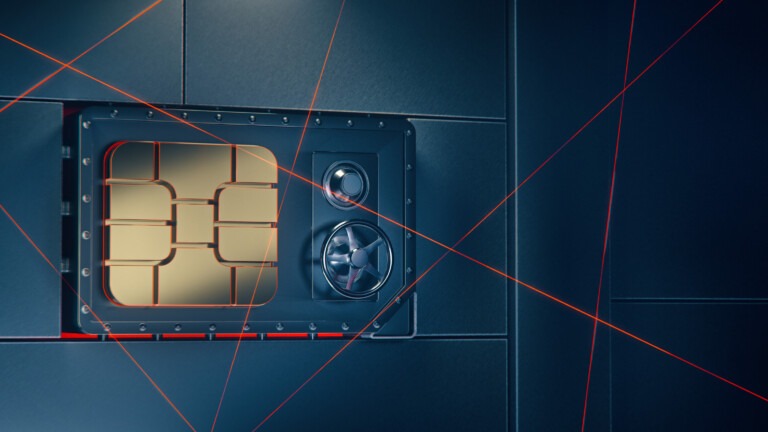 IoT SIM Cards represent the basic building block of any cellular deployment. In order for those SIMs to connect to a cellular network, your local network operator will need to be able to recognize them. At the individual device level, that can be achieved in part thanks to a unique identifier associated with each SIM card called an Integrated Circuit Card Identifier or ICCID.

Though it’s not the only identification found on an IoT SIM Card, the ICCID is an integral part of the communication between your IoT device and your mobile network provider.

Identifiers Are Essential to Cellular Connectivity

At a basic level, adding a unique ID number to every modem in every cellular device could be sufficient for networks to recognize said device and connect it to the internet. Yet relying solely on hardware IDs can be problematic, as this ties the connectivity to the specific device, rather than the user.

That’s where Subscriber Identification Modules, aka SIMs, come in. Specifically, SIM cards are used to separate the ID of the subscriber from the ID of the hardware. Identifying SIMs, which can be transferred between devices, grants users greater versatility within their own connectivity requirements.

Say you wanted to upgrade your smartphone, for example. Relying solely on hardware IDs, your phone number and service would be tied directly to the old phone,  meaning you would likely have to sign up for a new plan and phone number in order to use the newer device. Now when you buy a new phone, you can just move your SIM over and continue using the same service.

What is an ICCID?

Typically found printed on the back of a SIM or on its packaging, the ICCID number is a unique 19 digit identification code. This number can be broken into several unique sections that denote information like the SIM’s country and network, in addition to a unique identifying code.

IoT Sims will always begin with 89, which is the industry code for telecommunications networks. This is known as the Major Industry Identifier (MII) and will allow the SIM to differentiate itself from similar chips found in other items like credit cards.

Next will be one to three digits to identify the country code (CC) for the region to which the card issuer belongs. These codes are assigned by the International Telephony Union. In the above example, the 1 that follows the telecom code signifies that this IoT Sim card is from the United States or Canada.

The next one to four digits signifies the mobile network operator (MNO) that issued the IoT SIM card. This mobile network code (MNC) can be generated by ITU but is essential to defining the SIM’s home network.

These three parts of the ID, which will vary considerably but can be up to 7 digits, are collectively known as the Issuer Identifier Number, or IIN.

The remaining digits are the most unique part of the ICCID’s numerical identity. These digits are what truly differentiate the IoT SIM card from all others, and allow your SIM to be found and activated by your connectivity service provider. The final digit is generated by the Luhn Algorithm (a checksum formula typically used to validate ID numbers) as a combination of the other digits.

ICCID is Not the Only Important Code

Though the ICCID is an essential identifier for any SIM, it is far from the only code that your IoT deployment will require.

IMEI: The International Mobile Equipment Identity is a 15-digit number found on the modem module of all devices with cellular networking capabilities. It uniquely identifies the modem that is installed in your IoT device within a worldwide IMEI database. Though both serve to identify an asset in an IoT deployment, the IMEI is specifically located on the IoT device’s modem, not the SIM.

IMSI: The International Mobile Subscriber Identity is a 15-digit identifying code that acts as the necessary credentials (specifically the username and password) to grant devices access to a cellular network. IMSI tends to be tied closely to a user’s data plan as well, so it is an essential part of billing. There are even multi-IMSI SIMs that can access multiple networks. Though the code may sound very similar to ICCID, the key difference is that IMSI is used to access a device’s cellular networks, while ICCID identifies the SIM hardware itself.

Depending on the IoT device, there may be other code signifiers that you’ll need to keep in mind as well. Should voice or SMS messaging be a factor, you’ll want to pay interest to the Mobile Station ISDN number, or MSISDN.

Then there is the case of embedded or eSIMs, which require their own specific identifier dubbed the eUICCID. Because of the unique capabilities of eSIMs, such as companies that sell eSIM profiles separate from a physical eSIM. The eUICCID is separate from the ICCID and will be created in addition to it.

It All Starts with a SIM Card

Soracom’s IoT SIM card is a versatile tool that can help you build your deployment from the ground up. Designed to work with any M2M device and covering most form factors (including eSIM), the Soracom SIM grants users access to a secure and expansive connectivity solution that includes multiple carriers within an area.