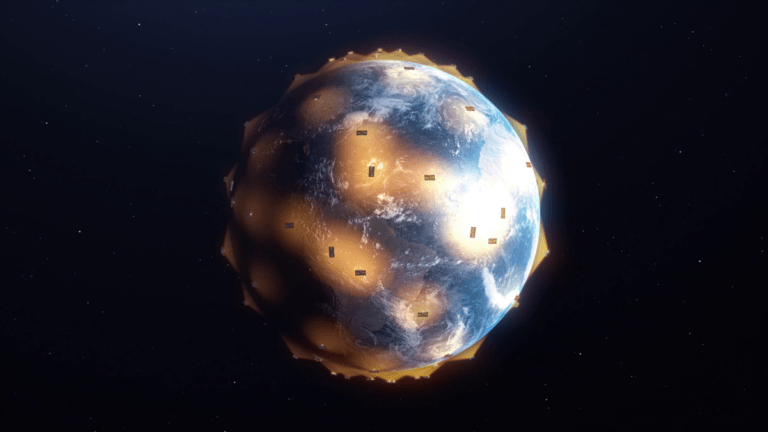 Satellite IoT allows IoT projects to leverage truly global coverage. By facilitating blended networks of cellular and satellite connections, companies can still receive remote data from IoT devices that are outside of traditional terrestrial networks. This has incredible potential for deployments in remote locations, particularly in industries like maritime, precision agriculture, and even scientific research.

In part one of this conversation, we talked about how satellite connectivity helps the IoT, its affordability and sustainability, and how to get started. In part two, we’ll look at some of the ways companies and organizations are effectively using satellite IoT through Astrocast’s network.

Soracom: Satellite IoT seems like a great fit for asset tracking, particularly for raw materials and produced goods being moved around the globe. Can you give some examples of how it’s used for that purpose?

Gildas Seimbille: One of our partners, Arrowspot Systems, based in Israel, has been active in the asset tracking industry for more than 15 years, originally using cellular technologies. For two years now, we’ve worked with them on developing a new approach that combines cellular and satellite connectivity.

So it’s quite interesting because, with our Soracom integration, they could use both cellular and satellite IoT in a unique backend platform. When their containers are moving, devices will record the position on a regular basis. By default, they will send data through cellular connections. So typically, at the port, there would be cellular networks, and that’s how the information will flow.

And then, at some point, a container goes on the road or on rail, and it will travel through places where there’s no cellular coverage anymore. For example, in South Africa, you have containers coming from Cape Town to Pretoria, and in the middle of the bush, there might not be any cellular coverage. There, they could leverage satellite IoT as a solution to continue transmitting messages.

When you think about the ROI, there can be products with huge value inside that container. If it’s a container full of iPhone products, that container’s contents could have a value of millions of dollars. So having a tracker that costs a few hundred dollars will not make a huge difference as an investment because it can bring the operator the right data at the right time about where that container is located.

Reefer (refrigerator) containers are another example, as IoT devices record and monitor the temperature inside. It’s extremely important data because if you break the cold chain, the value inside the container is lost. On cargo ships, there are specific wireless protocols to get the data and share it with dispatchers. But if for any reason, there is no cellular or wireless network available, the reefer could still transmit data through satellite IoT networks. If someone sees something that is not normal, like the temperature increasing, someone could check that container and save the items inside.

Marcel Barat: And also, when we are talking about containers, it’s not just what is happening on the vessel. It’s also everything that appears before it goes on the vessel and after it has been shipped.

When the container is on the cargo ship, we know it’s on the boat. But before and after, that container can be on a train, trailer, or barge. You might not have terrestrial access to the data at those times, so you have to access it via satellite IoT.

Soracom: In the first part of our conversation, you talked about how optimizing connectivity supports sustainability by not requiring a person to physically retrieve data from IoT devices. Do you have an example that you can share?

Gildas Seimbille: We work with some scientists that use data loggers that record sensor data every few minutes or every hour, typically on, let’s say, a glacier or other site with no connectivity. The scientists used to travel to the remote areas where they were conducting research every few months to swap out the SD card in the logger to collect the data.

Just to make that trip costs a lot of time and money. With satellite IoT, scientists can have their data in a few hours without having to travel to the site. So there is a clear return on investment in this example.

Soracom: Connectivity can be a real challenge to farmers using the IoT to support smart ag. What’s an example of how satellite IoT helps solve that and gives farmers better access to IoT solutions?

Marcel Barat: I was in Indonesia last week and visited a palm oil plantation that was nearly the size of Switzerland. 70 percent of the cost of production of palm oil is fertilizer, and unfortunately, the two countries that are the biggest producers of fertilizers are Ukraine and Russia.

As a result of the war between those two countries, the price of fertilizer has multiplied between two and four times since the conflict started. So, using sensors to conduct precision farming and reduce the amount of fertilizer used is good not only for sustainability but makes a lot of sense from a business perspective as well.

But this plantation has no cellular network coverage at all. So satellite IoT is the main tool to solve this issue for this palm oil company.

Soracom: What is one of the more unusual ways Astrocast has deployed satellite IoT on behalf of a customer?

Marcel Barat: We are helping an NGO, which is responsible for vaccinating 40 million goats each year in West Africa. A goat in Africa is very important. If a farming family in Africa loses a goat, they could lose everything they have. Keeping them healthy is very important.

The problem our customer is facing is they don’t know where those goats are, and the only way to find them, without a cellular network, is through satellite connectivity. Goats travel in flocks, and those flocks have leaders. We put equipment on one or two of the flock leaders, and animal doctors can know where the goats are and find them to administer the shots. Considering the impact on the people and the economy of West Africa, the return on investment is really appealing. You cannot imagine how happy they are.

Eric Ménard: In this case, there is no terrestrial network available. Only satellite IoT can provide this service. The solutions we provide are smaller compared to a legacy satellite operator. The size plays a role here because you cannot put a satellite dish on the collar of a goat. It would be too difficult.

Learn more about Astrocast and what they offer customers in part one of this conversation. You can register now for a technical preview of Soracom’s Satellite IoT Messaging Service. If you’d like to learn more about our partnership with Astrocast, as well as the value of a blended IoT network that includes a SatIoT solution, download our white paper, Expanding IoT Deployments with Cost-Effective Satellite IoT.

Of course, if you have any questions about your IoT deployment, we’d love to hear from you! Contact us today!