How Developers are Impacting IoT With Soracom 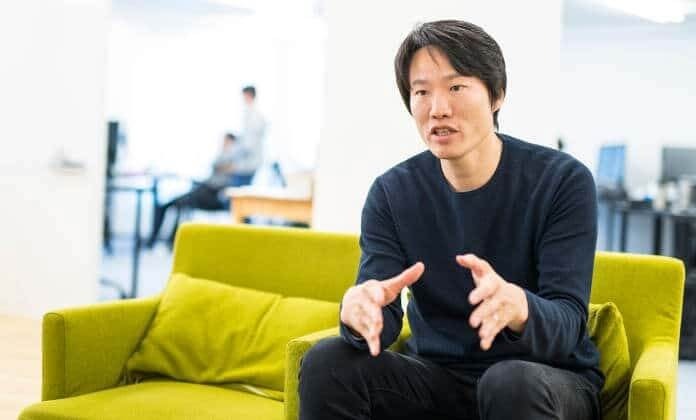 What do developers need to get into field with IoT? Soracom founder and CEO Ken Tamagawa sat down with Tim Romero of Disrupting Japan for a wide-ranging discussion of IoT technology, emerging use cases, the mission of a founder, and the experience of building a global business by empowering developers and getting out of the way.

Tim: I’m sitting here with Ken Tamagawa of Soracom. Soracom is a communications platform for internet of things devices but you can explain it much better than I can. So, what is Soracom?

Tim: Okay. You’re operating what is called a mobile virtual network, right? For example, many developers will use the use of mobile phone as a connectivity device. What you guys are doing is something very different. So, on a technical level, what’s happening?

Ken: So, there’s many people wondering how we provide that kind of cloud-based connectivity as an MVNO [Mobile Virtual Network Operator]. So, let me quickly talk about the mobile view of this industry. Telecom operators such as the NTT Docomo and other big players usually have many, many base stations or cell towers. In Japan, I think it’s 100 cell towers. They need to invest a lot of money to build the cell towers and also they need to have a big data center to host telecom call network system. It’s usually very expensive.

Tim: Oh sure! It’s a massive capital investment. That’s why almost any country is only going to have 2 or 3 cell operators.

Ken: Obviously, we cannot do that as a startup, but we found a way to provide connectivity as MVNO. There’s a way called the “Layer 2 connection” to the telecom operator. So, we contracted with NTT Docomo and we got a Layer 2 Connection. So, in that set-up, basically, we borrow cell towers and we host our telecom call network system by connecting those cell towers with the physical network plan to the database code.

Tim: When you’re operating a virtual network, are you paying a fixed fee monthly or yearly to operate this network on top of Docomo or you’re paying on like a SaaS basis or in a per packet or something like that?

Ken: This is kind of a secret though, but actually —

Tim: You can tell me.

Ken: It’s actually mentioned in the website. Let me talk about the secret. In Japan, we pay a bandwidth fee to NTT Docomo based on the bandwidth per month that we use, and in that way we borrow the cell tower part of the NTT Docomo network.

Tim: Okay. So, that’s perfectly aligned with your business models. So, your cost will only go up as your users and their use go up.

Ken: Right. There are several MVNO’s using that layer 2 connection. What makes Soracom unique is that usually an MVNO player will use a Layer 2 connection to borrow the data center, and then buy the hardware appliance of a telecom call network. They need to invest, I think, 20 million USD for that part — hardware appliance and data center. In our approach, we build the telecom call network in software in the AWS cloud. That’s our core competency.

Tim: So, in that way, since your costs were based in usage, you can price this work on products that way to your users?

Tim: So, what does it cost for internet of things developer to get started in Soracom?

Ken: So, we try to be very open and programmable with a pay as you go model, like AWS. So, we sell a SIM card on Amazon.com and also through our direct web channel. Once our customer gets the SIM card, in Japan we charge 10 Yen per day. So the basic usage fee is very low. Even if they continue to use this SIM for months, it’s only going to cost 300 Yen [about $3], plus the cost of data. So, it’s a kind of pay as you go model and every month we calculate how much data they send.

Tim: There’s so much great stuff happening in IOT these days and it can be hard to really understand how a platform is used. So, let’s dive into a couple of use cases that are now taking advantage of what Soracom has to offer now. So, you’re working with Japan Taxi on an ad-delivery system.

Ken: Yeah. So before talking about Japan Taxi, if you looked at our customer base within one year after our launch, we already have 5,000 customers, including enterprise, small and medium business, and also start-ups across a number of industries. So, Japan Taxi is a very interesting customer. They put tablets in the backseats of their taxis to distribute video advertisements for customers.

I heard from Japan Taxi that the average taxi ride lasts 18 minutes, so it’s a good opportunity to provide the advertisements. These videos are usually updated weekly, or every two weeks, so they use Soracom as a way to distribute the latest advertisements over the air. They especially use night time hours to distribute advertisement movie, when we have a lower data price.

Tim: Oh, so the rates are different at different times or date.

Ken: Exactly. So, they take advantage of that time.

Tim: Okay. So, instead of having a data plan and a connectivity plan for each individual android tablet, they just connect to Soracom at less than 10th of the price and update the ads from a central location.

Tim: Excellent. And let’s see, what else? Safecast is a very interesting project because they didn’t start out with Soracom but they converted over last year.

Ken: Yeah. They are providing radioactive sensor devices and basically they sell these devices to volunteers who can place them on their house or another location. And automatically, all those devices sense ambient radiation and then upload that to the cloud.

Tim: For overseas listeners, after the earthquake and tsunami in 2011 and the problems of Fukushima Nuclear Power Plant, a lot of people in Japan didn’t trust the government’s numbers when they announced radiation. So, Safecast was this grass-roots, bottom-up, citizen monitoring program.

Tim: Where they made these radiation monitors distributed all over Japan, but how do they linked up these monitors before using Soracom?

Ken: So, they used to use Wi-Fi, but sometimes they don’t have Wi-Fi in the place where they want to put the sensors, and also it takes time to set-up the Wi-Fi. But, if they use cellular, they can place anywhere as long cellular connectivity is available. That’s the reason why they like Soracom. Also, Soracom provides the web console to check the status of the connectivity. We provide a lot of APIs. Safecast can use those APIs to control the Safecast devices.

Ken: Right now, they’re creating a global version of Safecast which includes not only cellular but also LoRA Connectivity, and they are planning to utilize better connectivity in the various situations. For example, if the LoRA connectivity is available, the devices will use LoRA, but for now they use cellular. At that time, they want to deactivate cellular connectivity.

Tim: So, to save the money, they don’t need it, so they don’t use it. Are there any other applications being used now that you think are really good use of Soracom?

Ken: My favorite use case is Tokachi bus. They are a local bus company in the Hokkaido area. It’s in the northern area of Japan. They have a lot of snow, right? So they put Soracom into all of the buses and then send the bus location data to the cloud and they provide a smartphone application to the customer. So, customer can use the route finder system by using a bus location. So, for example, the customer wants to go to a place and they can search which bus they should take. Also, that information is detected based on the real location. If the buses are delayed due to the snow, the customer can get that notice.

Tim: It tells people where the buses are and the best route based on reality rather than the schedule. That’s fantastic.

Ken: Another example is Rakuten. Rakuten has a credit payment system called Rakuten Edy and they use Soracom for point of sale at baseball games, like to sell beer. The vendors have a credit payment terminal connected with Soracom. So, they can do the credit payment anywhere and also, usually baseball game is only in the weekend, so they can save money because they don’t transmit data on weekdays.