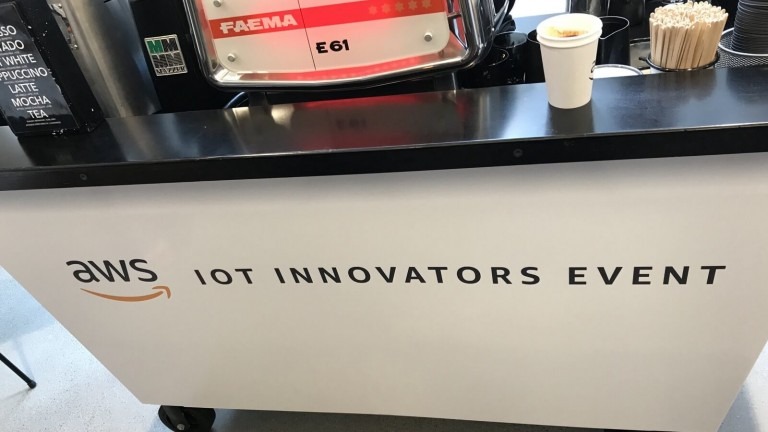 We’re always appropriately cautious about events held on Friday the 13th, but today’s AWS IoT Innovators Event, focused around the Smart Home, not only bucked the curse but exceeded all expectations. We always loved the old AWS Loft in San Francisco’s Mid-Market neighborhood, but we have to admit that the new space is both more functional and more intimate, and provided a great environment for meeting old friends from around the IoT ecosystem and making new ones. 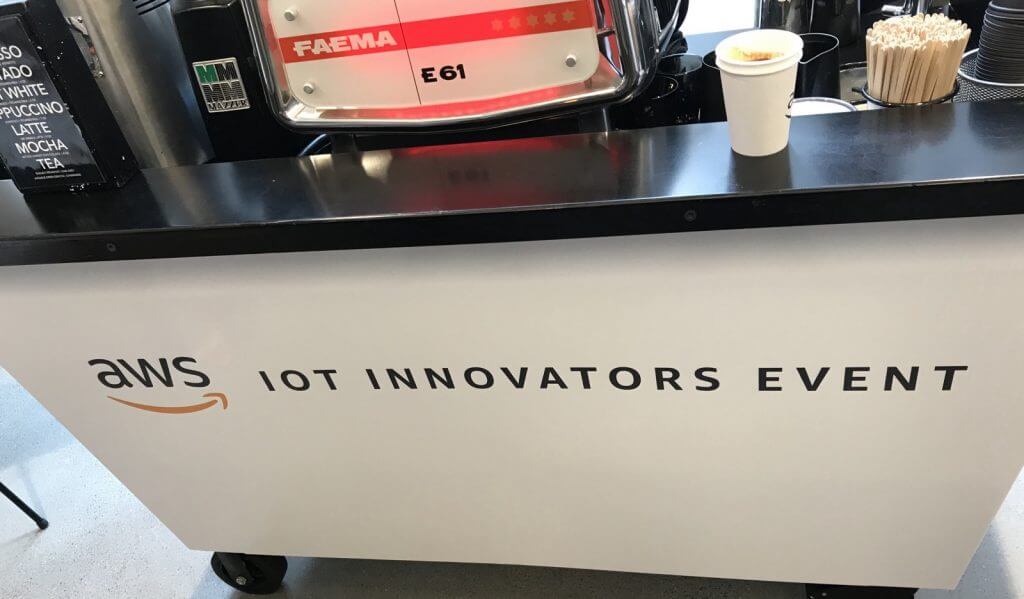 The AWS Espresso Cart got the morning off to a great start
dotIoT CEO Mark Thirman kicked off the day with a lively State of the IoT overview. We’ve all seen the usual projections: 25 billion connected things and a market value of $1 trillion or more by 2025… or some similarly large number just around the corner. Thirman gave them new life with additional data and context. While we all tend to assume that Wi-Fi is good enough for most Smart Home scenarios, his keynote gave good reason to believe that cellular connectivity will play a large role.

Most interestingly, Thirman pointed out a recent study he conducted with a team at Tufts University, which showed that 45% of consumers don’t care about the type of connection their smart devices use. What made us really sit up and take notice was that apparently 55% of consumers were able to express a preference at all! After all, the general expectation is that consumer IoT products and services will “just work” as transparently as possible. 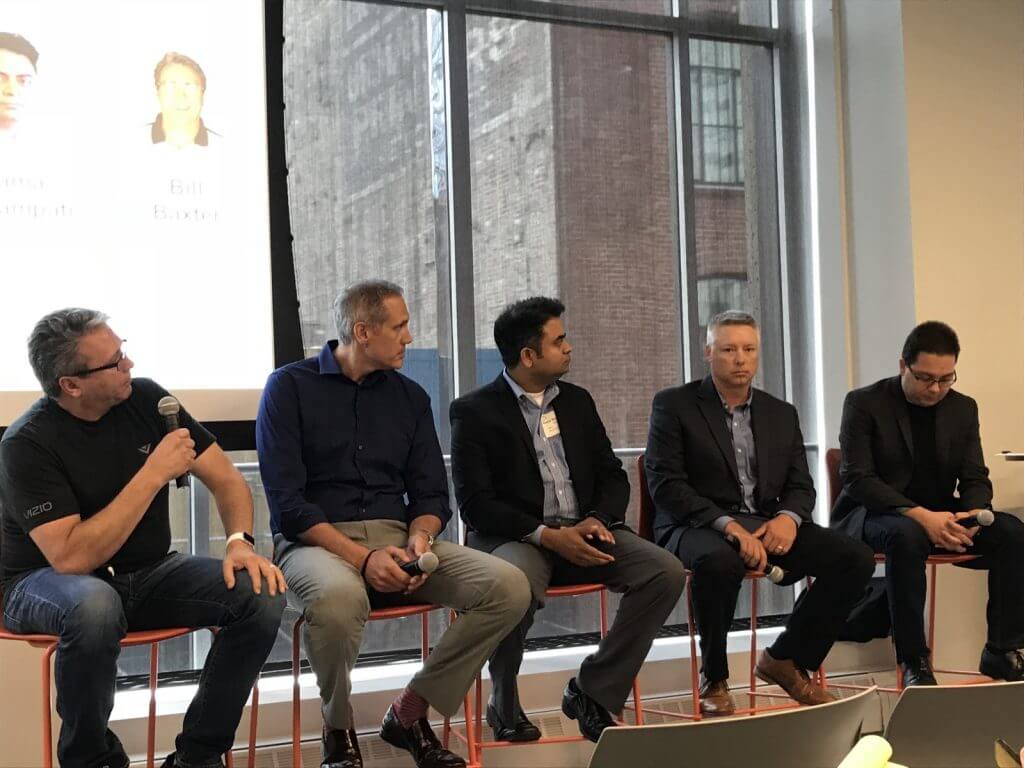 1. The “Single Source of Truth” for the Smart Home is a pipe dream

While products and services from Alexa to Roomba can all stake a claim to important pieces of the puzzle, the simple fact is that no single platform will be able to claim ownership of all smart home data… and it’s likely that the ecosystem is ultimately healthier this way. In fact, most speakers agreed that if there’s going to be any SSOT for the Smart Home, it won’t be a device at all. It’ll be the cloud.

2. Connectivity is still a major challenge

As someone who spent a good chunk of his career working in Smart Home protocols, I’d honestly assumed that Wi-Fi was good enough for most cases. Plug into the wall, sign on to the home network, and you have access to power and bandwidth that most IoT devices can only dream about. But it turns out, onboarding is as real a problem as ever, and as Rama Budampati pointed out, not every Smart Home device can even count on being in range of the home router. So cellular still has an important role to play in the smart home, especially cellular packaged specifically for connected devices.

Dirk Didascalou, AWS VP of IoT, closed the day with a detailed, candid, and refreshingly opinionated discussion of the Connected Home as seen through the lens of AWS IoT. Returning to the theme of the Smart Home’s Single Source of Truth, he acknowledged that even Amazon is “still in learning mode,” but also pointed toward a viable path forward. In his view, there will be no single source of truth. Instead, systems that effectively interoperate with multiple platforms and standards will emerge as winners. In fact, “IoT demands multi-standard solutions.”

Honestly, we couldn’t agree more. That’s why we designed the Soracom platform to effectively, securely connect devices to any leading cloud of choice… or none, if a user’s own hosted system is preferred. That interoperability and flexibility is crucial for IoT, where multiple hardware, software and cloud standards may sometimes compete but more often need to coexist and collaborate.

The post-event networking session went long, and spoke to the overall quality of the event. It’s rare to find a room so full of people with so much experience working with both IoT and AWS, and conversations went deep. Kudos to the AWS product marketing team for curating an exceptional event. Lucky us, to be there this Friday the 13th!