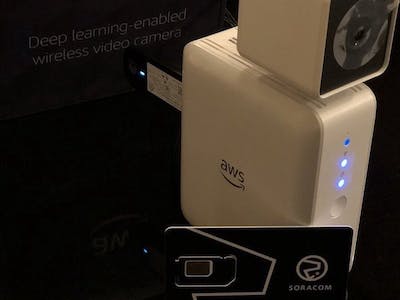 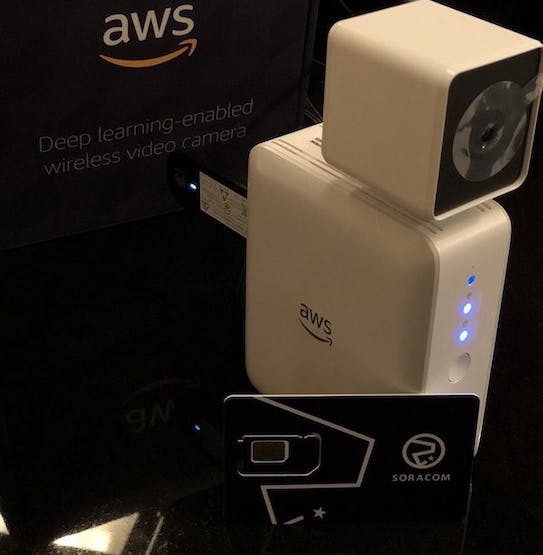 When the end of November comes around, I always think of Las Vegas. Yes, there’s Thanksgiving too, but for the past six years I’ve also been making the pilgrimage to the desert with the rest of the AWS community for AWS re:Invent!

And every year, the community keeps growing. When I first attended in 2012 as an AWS Solutions Architect, 6,000 developers attended and the entire conference could fit inside the Venetian. This year, attendance reached 43,000 and AWS re:Invent sprawled across five hotels up and down the Strip.

That dramatic growth reflects the equally dramatic expansion of AWS. In 2012, we were still mostly talking about computing and database services. This year, the main topics were machine learning and IoT, and so many new services were launched around the technology space that I can’t possibly cover everything in one blog entry!

That said, one of the most compelling new services is AWS DeepLens, a hardware and software package designed to help developers get moving quickly with deep learning. As soon as Andy Jassy announced DeepLens in his Day 1 keynote, I immediately checked the official re:Invent app to confirm that DeepLens would have not only a dedicated breakout session but several workshop sessions as well.

Since this wasn’t my first re:Invent, I had a good idea what that would mean. Using the strong business judgment and good instincts developed during my AWS career, I connected the dots from the Amazon Fire Phone and Amazon Echo Dot provided at previous shows and… cut to the chase, I came away with this! 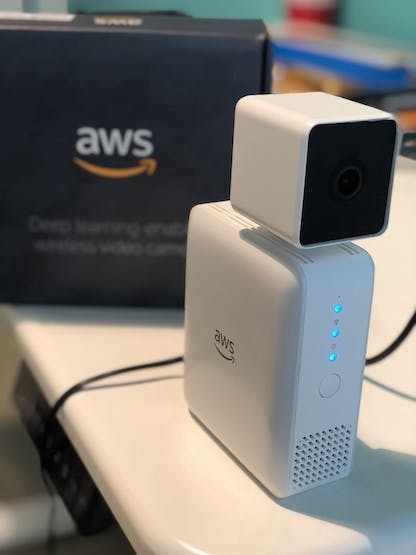 Cute, right? This is the AWS DeepLens device. It has a built-in camera and GPU, WiFi and USB ports, and runs Ubuntu Linux. It ships with the AWS Greengrass service and a configuration tool to register itself to AWS DeepLens service. (You can learn more about all that here: https://aws.amazon.com/deeplens/)

There are a bunch of sample, pre-trained models provided, along with sample projects using the models. Once you configure the device to connect to WiFi and register it to your AWS account, you can just pick a project, deploy to the device, and get rolling. So easy. 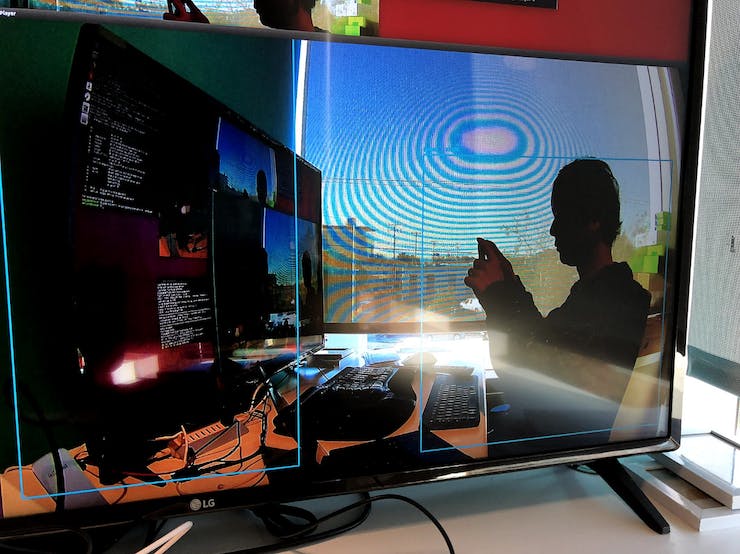 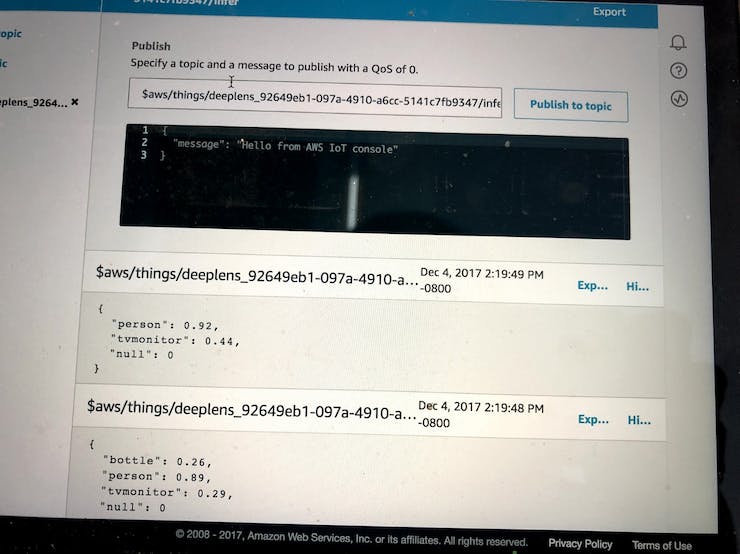 In my case, Object Detection reported a person and a tvmonitorwith 92% and 44% probabilities, respectively. That means my e-body could fool their model into recognizing me as a human being. Score!

Kidding aside, this is pretty great. It lets any developer run machine learning algorithms for their applications while AWS handles the undifferentiated heavy lifting so they can focus on their applications and business logic. As Werner Vogels emphasized in his Day 2 keynote, this has always been the core philosophy of AWS. Working with DeepLens, I feel that AWS is opening the door to let developers dive into a new world, just as they did by making infrastructure available for software engineers to control via API. 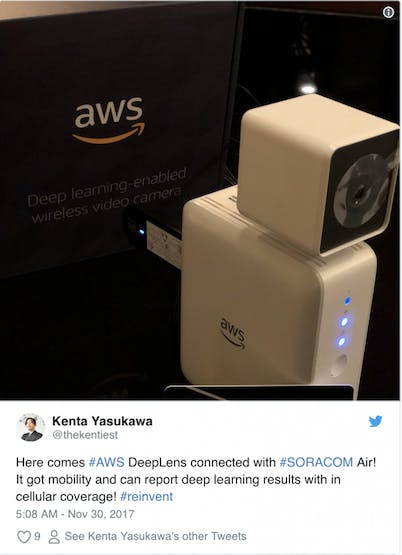 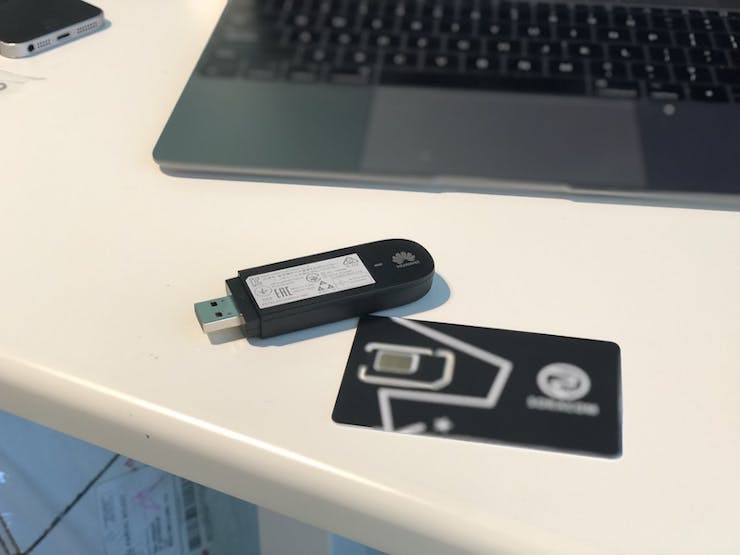 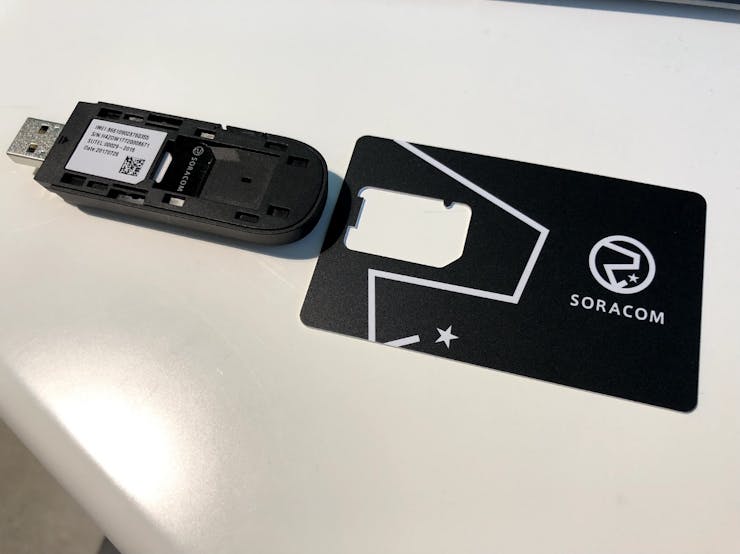 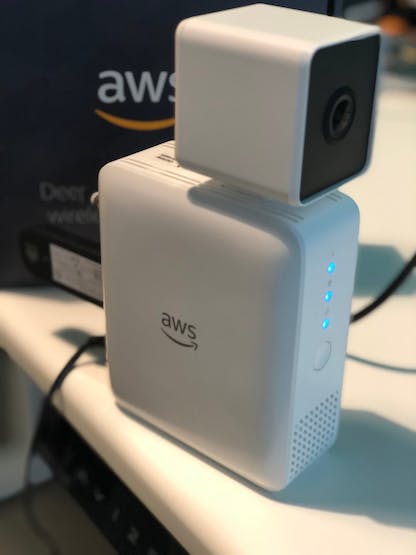 1. First, we ask the OS to detect the USB device as a modem. In case of the Huawei MS2131 that I used here, an appropriate driver is included in Ubuntu Linux running on DeepLens device. We just need to run the following command to let the OS recognize the dongle as a modem rather than a mass storage device. 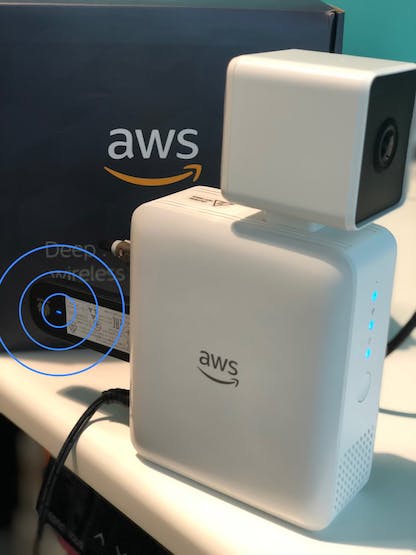 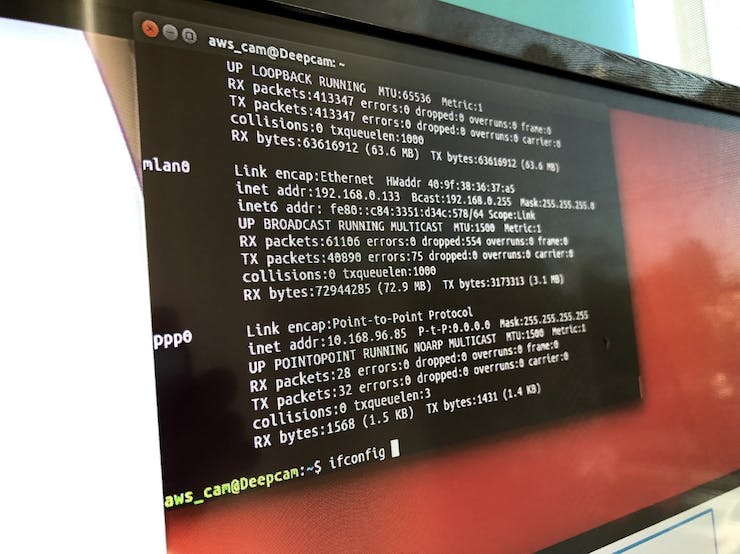 Yes, ppp0!! It got a new interface that corresponds to the cellular link. Now it has dual links to reach to AWS IoT endpoint, one is wifi ( mlan0 ) and the other is cellular link with SORACOM Air ( ppp0).

To emulate a situation where WiFi coverage is not available, I brutally typed sudo ifconfig mlan0 downon my console. 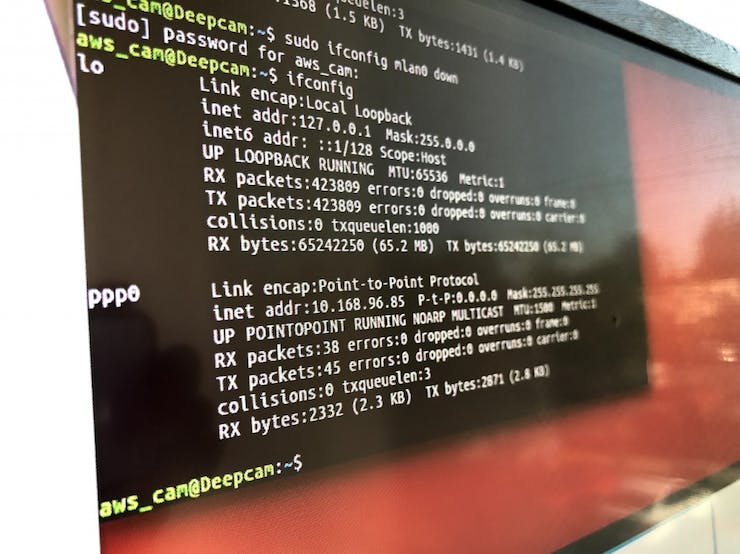 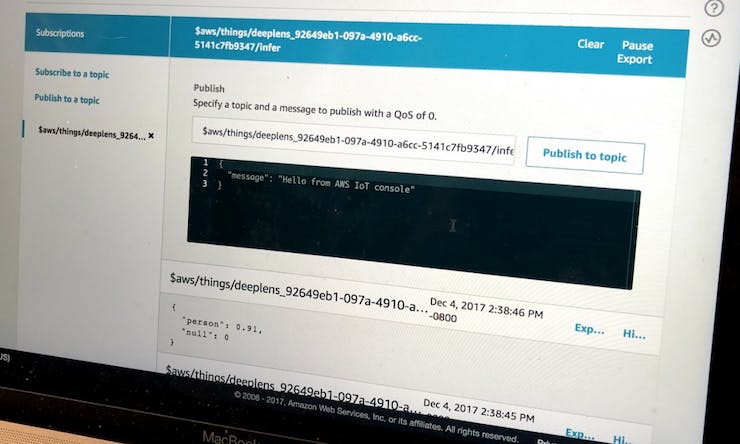 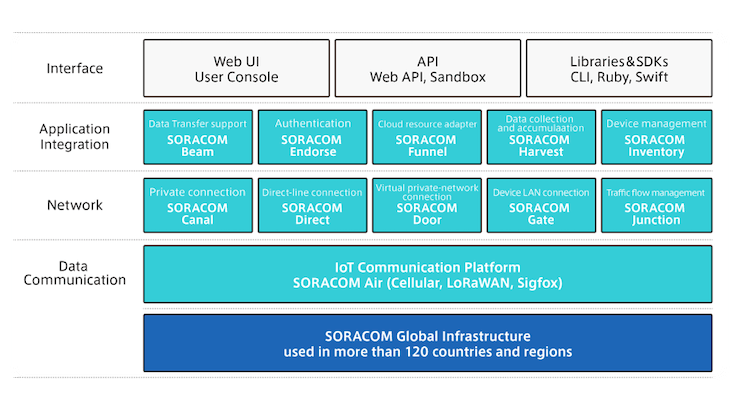 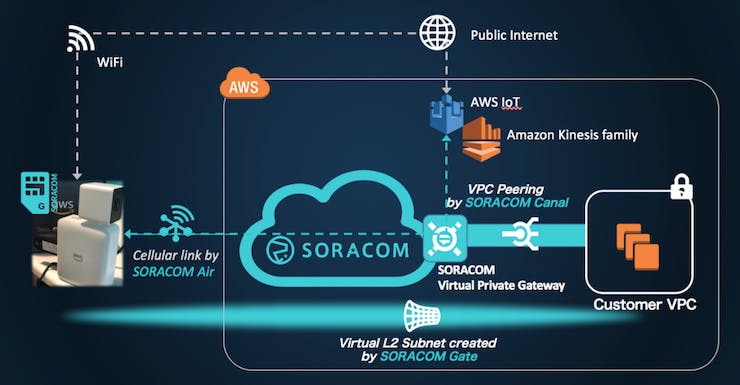 For example, SORACOM Endorse issues a digital certificate that assures a client has a particular combination of IMSI (identity inside SIM) and IMEI (identity unique to each modem) so you can authenticate a device. SORACOM Beam proxies requests from a device to your server with adding the device’s IMSI and IMEI to the headers 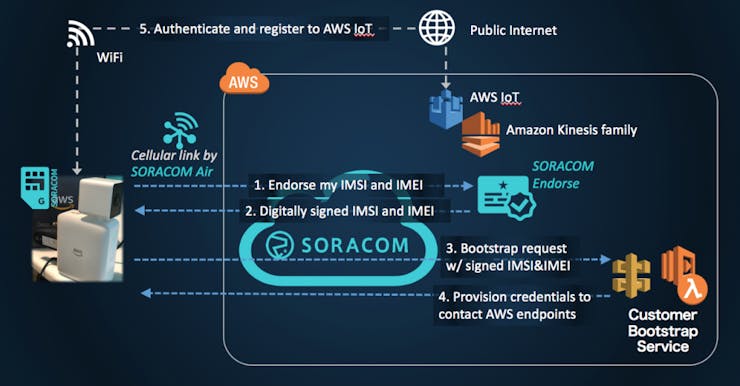 We created SORACOM to offer cloud-native IoT connectivity as a service so our customers can focus on the fun part of IoT: building cool applications. We learn about challenges in IoT as our customers build applications on top of our platform, and we fuel our own innovation by listening actively to customer feedback.