Smart Wear Based on Soracom Technology

In the last month, I have become interested in applications related to smart wear, able to use IoT tools to monitor your body. 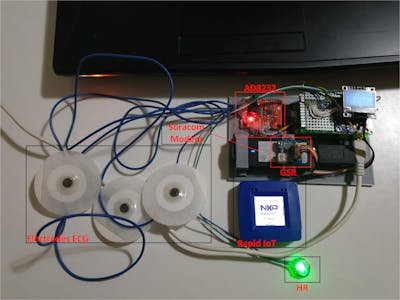 Urban air pollution is a serious problem in many large cities around the world. Intense and incessant traffic, coupled with factories that do not control their emissions, turns the air in cities around the world into real smog clouds. Thisair pollution can have a considerable influence on indoor air quality, especially in very ventilated houses, which in the end have an impact on our health.

With the aim of monitoring air quality and how it affects the human body, I have developed intelligent clothing that incorporates iot that is capable of capturing physiological and environmental variables.

In previous contests I have used tools like Arduino 101 and NXP's fast iot system. Both are part of a system capable of acquiring physiological signals such as electrocardiography (ECG), electrical skin activity (EDA) and photo plethysmography (PPG), as well as determine air quality by measuring levels of pollutants such as CO2. My project was based on the integration of these two systems with the Soracom module (Figure 1), which allowed me to send the data at any time and place for analysis and compilation.

The Amazon-S3 service is an object storage service that offers scalability, data availability and security. This means that we can store and protect our data that can be used in various applications, as in the case of my IoT device. At the same time, the collected information can be analyzed using big data analysis tool. The following figures show the Amazon S3 interface (Figure 3).

The figure shows the main diagram of the system. The first part consists of the data acquisition stage, which is made up of an AD8232 module which makes it possible to capture heart signals (Figure 4). 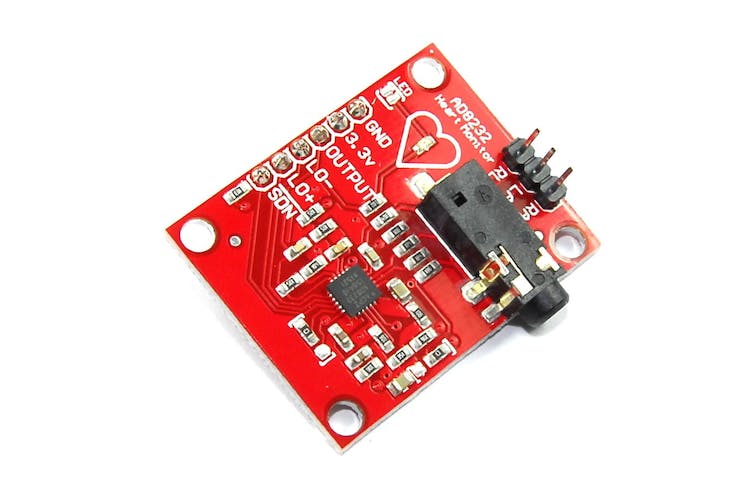 In order to make the photoplethysmography, the sensor shown in the following Figure 5 was used. 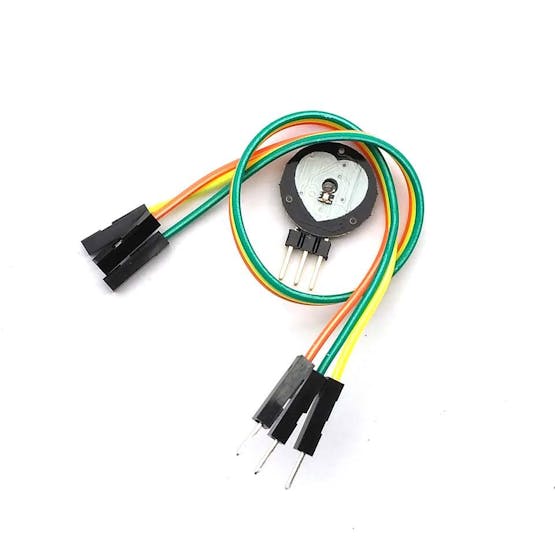 A GSR module (Figure 6)was used to measure the electrical activity of the skin. 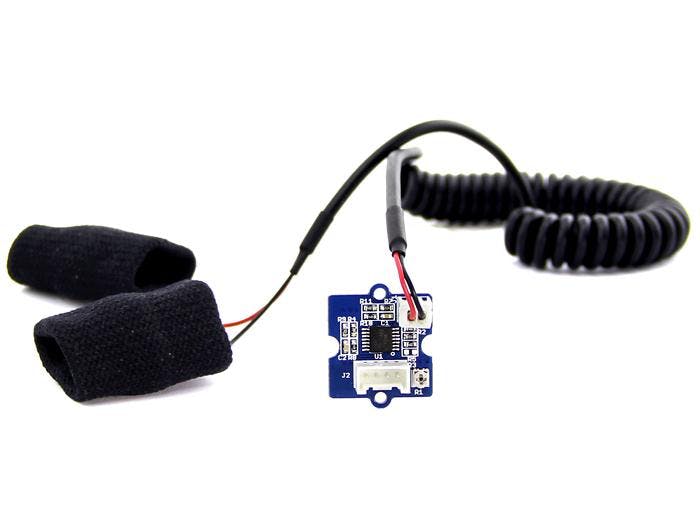 Finally, the NXP Rapid IoT system was used to measure the environmental conditions (Figure 7) (for more information on the operation of the rapid IoT, see this link): https://www.hackster.io/jarain78/smart-wear-for-application-in-internet-of-medical-thing-iom-a4ec76). 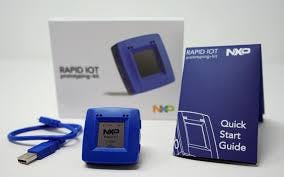 With these devices, a system capable of measuring physiological signals and environmental pollutants was developed (Figure 8). 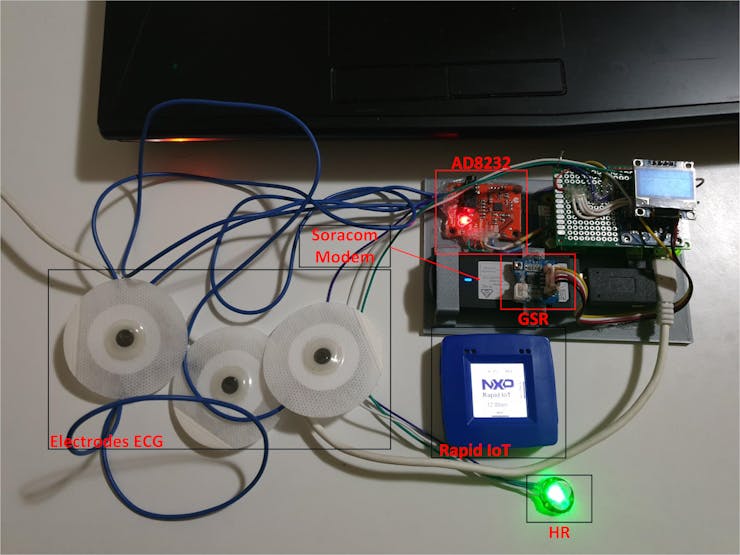 Several experiments were carried out using different types of fabrics (cotton, lycra and neoprene) in order to determine which was the most suitable to capture the signals. The material that worked best was the neoprene. Nevertheless, due to its structure, neoprene has a high sweat level. Excess sweat causes some sensors to be damaged, as is the case with the HR sensor. Therefore, I decided to create a harness to incorporate the sensors (Figure 9) so that it can be worn underneath the clothing. 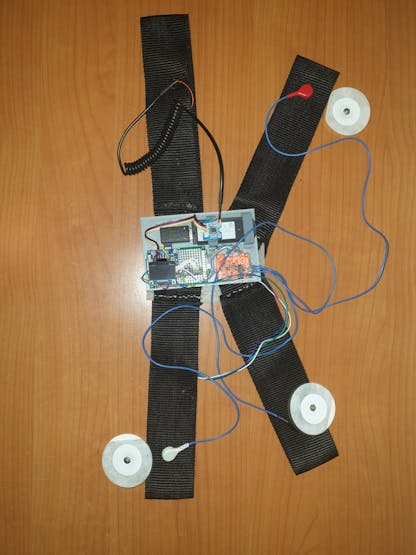 In order to visualize the information acquired by the different sensors, an application was developed in django (Figure 10, 11, 12, 13).

This allows us to access the information stored in the AWS-S3. The interface shows three graphs (ECG, PPG and GSR), at the same time this interface shows us the beats per minute. As far as environmental data is concerned, the interface displays the values of CO2, light intensity, humidity and temperature. 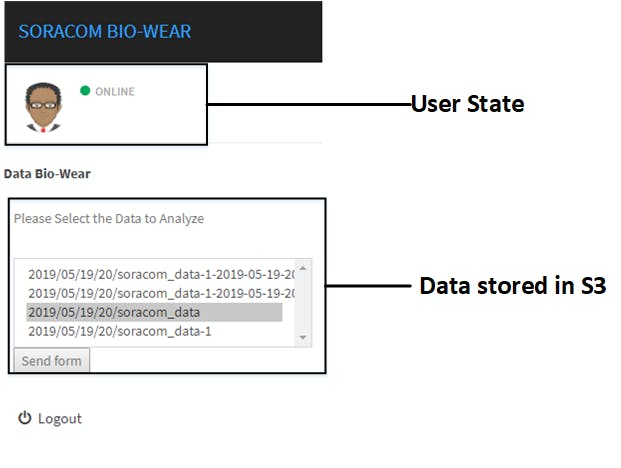 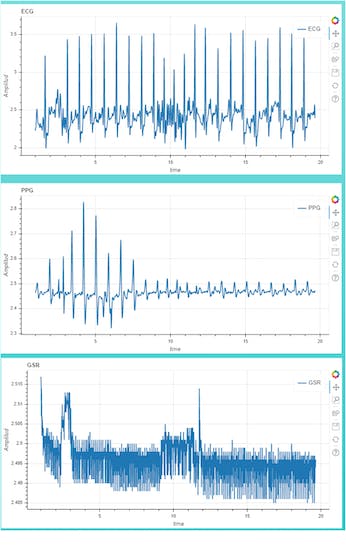 The necessary steps to configure the modem in a raspberry pi can be found in the following link:

Also, the following link shows the steps to use the console funnel and use the service Amazon-Kinesis Firehose and the Upload data in Amazon S3.

As a future work, I am doing an extension to the system, incorporating AI techniques for the recognition of cardiac anomalies, stress detection. Also, I incorporate multi-agent systems tools to develop an autonomous and intelligent entity hosted in the cloud. This entity will be created each time a user registers and connects to the system.