Pocketalk: Consumer IoT at Global Scale in Under 12 Months

The first thing you learn when you meet Sourcenext CEO Noriyuki Matsuda is that he thinks only one way: big. His boldness of vision has already made him one of Japan’s leading entrepreneurs and established Sourcenext as the #1 software publisher and distributor in Japan.

So when we caught up a year ago at MWC Americas we were more than a little intrigued to learn that he was ready to take on a big new challenge, and he was ready to do it fast. What he described went well beyond both software and Japan: a handheld consumer translation device called Pocketalk, designed for global distribution. 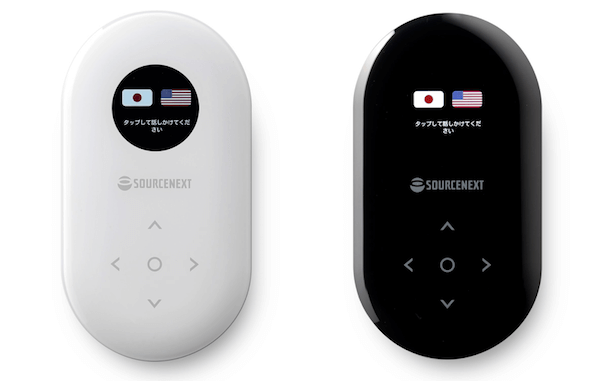 The product vision was deceptively simple: make it easy for people who speak different languages to understand each other. In practice, the goal was tremendously ambitious: to create a more connected world in which all barriers to communication are removed.

To ensure performance well beyond conventional hand-held translation devices, Pocketalk uses cellular data and advanced cloud integration to process voice input with incredibly low latency for near-instant speech recognition, translation, speech synthesis, and even character conversion. And to ensure best-of-breed translation quality, Pocketalk connects to multiple leading translation services at once, transcribing voice to text and back in a matter of milliseconds and quietly shuffling providers depending on which languages the user selected for translation.

To fulfill this ambitious vision, the palmtop device has to:

Global operation represented a significant challenge. The cost and complexity of negotiating individual contracts with mobile operators in every country where a user might carry the device was a nonstarter, and asking users to pay a monthly subscription fee or provide their own SIM cards would leave the device dead on arrival at retail.

Sourcenext needed a single SIM that could be installed during manufacture, shipped anywhere Pocketalk would be sold, and work automatically the first time a user turned on their device… and every time after. That made the Soracom IoT SIM a perfect fit. 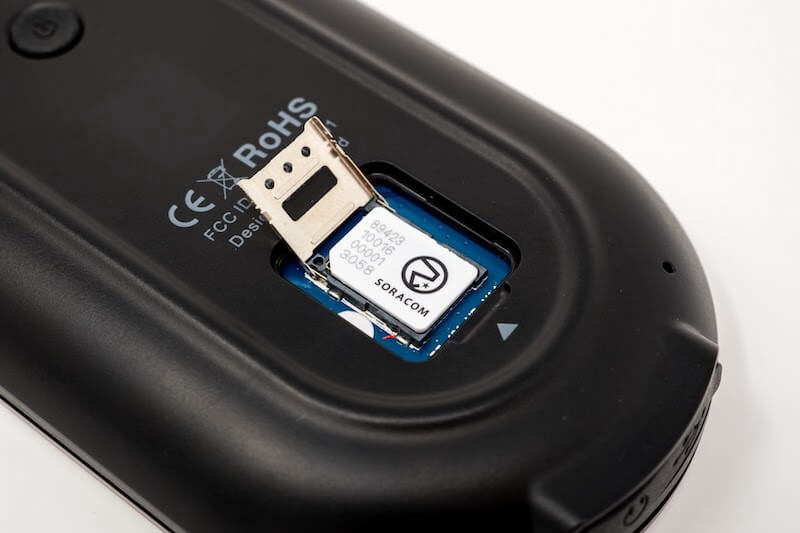 In addition to providing reliable mobile data in over 100 countries around the world, the Soracom SIM offered centralized billing and control over every Pocketalk connection worldwide through the built-in Soracom console and API.

With Sourcenext committed to delivering an industry-leading user experience by including two years of “automagic” connectivity at no added cost, that level of control helps to manage risk while delivering optimal performance for users around the world.

Pocketalk began shipping in Japan in May of 2018 and quickly garnered both strong sales and critical acclaim. Meanwhile, with nearly 60 million visitors expected in Japan in 2020, when Tokyo hosts the Games, Sourcenext was already focused on an improved release. While v1 performed well in the field, consumer clinics showed that given the opportunity consumers would often find a way to misplace their SIMs or insert them incorrectly.

The solution was obvious: replace the familiar physical SIM card with a directly-mounted chip-type eSIM. This would allow a smaller, even more pocket-friendly form factor, improve physical ruggedness and resistance to temperature extremes, and ensure that end users never needed to handle a SIM card directly. And since the Soracom SIM is already available in eSIM form, there would be no need to switch providers or negotiate new contracts. 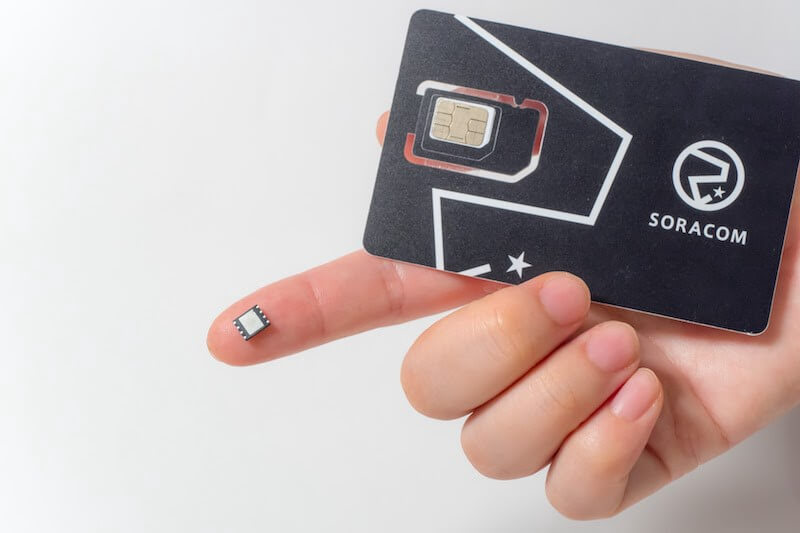 Just 10 months after Pocketalk was first announced at CES 2018, Pocketalk v2 is now available to customers around the world, including here in the US, and Sourcenext now is now targeting sales of 1 million units worldwide by the end of 2020!

Pocketalk v2 currently supports 74 languages and works in 109 countries. If you want to check it out yourself, it’s available now at www.pocketalk.net and at b8ta stores around the US.

See Pocketalk in action in the video below!