How Satellite IoT Supports Global Connectivity: Part 1 of a Conversation with Astrocast 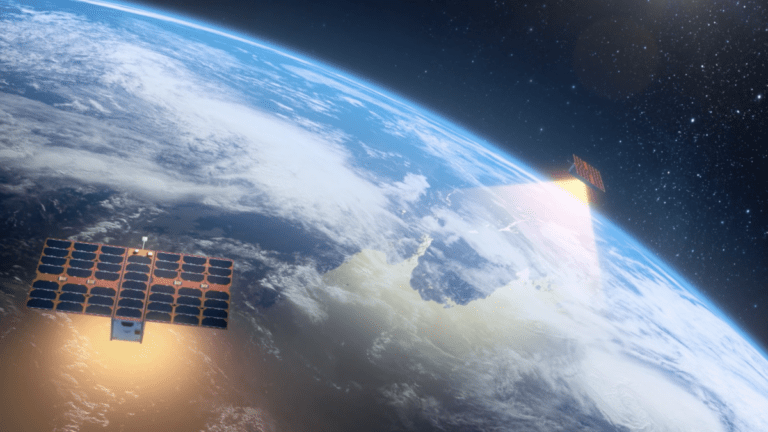 Satellite IoT allows IoT projects to leverage truly global coverage. By facilitating blended networks of terrestrial and satellite connections, companies can still receive and send remote data from IoT devices that are outside of traditional terrestrial networks. This has incredible potential for deployments in remote locations, particularly in industries like precision agriculture, mining, and maritime.

In part one of this conversation, we discuss why satellite connectivity helps facilitate better IoT service, why that option has become more affordable and sustainable, and what to consider when launching a SatIoT solution.

Soracom: Why is satellite connectivity important for certain IoT projects?

Gildas Seimbille: 85 percent of the planet is not covered by cellular networks, so anyone that wants to run an IoT device in such an uncovered region needs a solution to communicate. Satellite communication has been available for 20 or 25 years now, but most available services are quite expensive and power-hungry. At Astrocast, we offer a solution specifically adapted for IoT devices that have huge constraints on the battery side and the size.

The customer using Astrocast’s technology is typically running applications in remote areas. You don’t want to go there every few weeks to change the battery. This is why it’s key to reduce power consumption to enable years of battery life.

Soracom: How many satellites are in Astrocast’s fleet?

Eric Ménard: Today, we have 10 commercial satellites on two orbital planes, which means they are turning around the Earth on the same plane, and as the Earth turns, they shift from one pole to the other.

We also launched four more satellites in November and are launching four more in December. This means we will increase the frequency with which a device on the ground can communicate with a satellite.

The other aspect that is important to note is that these smaller satellites have a much shorter lifespan than bigger satellites. As we retire them, we let them burn up in the atmosphere, eliminating debris, and then we put satellites with new technology up in space to replace them. That means continuous improvement of the network’s performance.

[Editor’s note: Since this piece’s original publication in December 2022, Astrocast now has 18 satellites within its constellations] 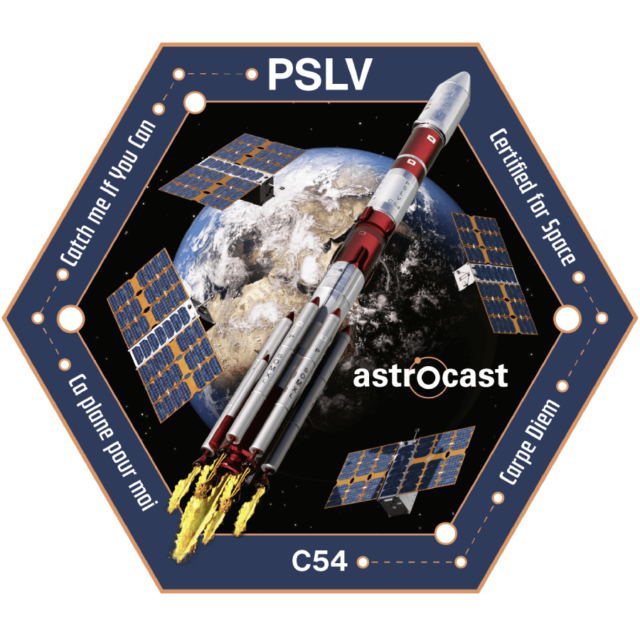 Soracom: Why is satellite IoT so much more affordable than it used to be?

Gildas Seimbille: The service we are offering is through what we call ‘nano satellites’ – basically very small satellites, the size of a shoebox, about 30 centimeters long and five kilograms.

Twenty years ago, satellites were huge because we didn’t know how to miniaturize everything. Now we know how to do that, and we have applied this technology to satellites. They are much cheaper to launch, so we can get them in orbit much more easily.

Eric Ménard: In addition, our company has all the necessary expertise in-house. We develop the satellites and the modules of communication on the ground, and then we are able to optimize the entire communication value chain. Our value proposition is low power consumption, cost efficiency, and bi-directionality for global coverage.

Marcel Barat: I like to say that ‘for one message a day, it will cost you $1 per month.’ That gives you a sense of the democratization of the satellite communication we are bringing to the market.

Soracom: What are the key security considerations for satellite connectivity?

Marcel Barat: It’s a huge concern. But I want to clarify that, at Astrocast, we offer something different than the terrestrial connections provided through Soracom’s network. Cellular connections allow you to send a lot of data through an IP, which means a user can potentially reach your device and attack it. That’s why, on cellular, it’s very important to implement the right architecture to make sure you are not getting attacked.

In our case, devices send data packets, but they’re not sent in real-time, and the devices themselves can only communicate with our satellites. So the points of attack are considerably reduced compared to a real-time communication protocol.

Gildas Seimbille: Each module we sell comes with a unique private encryption key, and the communication from the module to our cloud is completely encrypted point-to-point. So even in the satellite, your data, or the data of the customer, is encrypted completely. So the whole chain is extremely secure. The only potential attack vector is if you have physical access to the device.

Soracom: Why would a customer want to blend terrestrial and satellite networks for optimal global connectivity?

Gildas Seimbille: Satellites can cover remote areas where terrestrial networks cannot be deployed. But both technologies are complementary; satellite only works outdoors, whereas cellular connectivity works inside. So each technology or a combination of both will be used depending on the use case.

A use case may be constraint or no antenna size. Our antenna is small for a satellite device compared to the Old Space satellite, but it’s still bigger than a cellular antenna. It is because we are sending messages 600 kilometers away to a satellite orbiting at a speed of 7km/s. However, our power consumption is in the same order of magnitude as those of terrestrial LPWA Networks. All those optimizations are possible because we develop the entire value chain and can decide which technical choice to make.

In the end, in telecommunications, we are limited by physics. No technology can fit everything. Even on your phone, you have Wi-Fi, Bluetooth, NFC, 4G, and 5G because all these technologies address different use cases.

Soracom: Are there specific things customers should be thinking about before they start a relationship with Astrocast?

Eric Ménard: Our customers should make sure they have the engineering capabilities in their company to integrate the product. They’ll potentially need a hardware engineer if they want to integrate the module from scratch, and they will need embedded software people to write the code that will run on the device.

It is also important that they are aware the satellite is constantly turning from pole to pole, which means it passes over a device’s location a few times a day, but it’s not real-time communication. This is key to matching specific use cases.

Soracom: What is it like when customers start getting up and running with satellite connectivity?

Eric Ménard: Something that is unknown before you start working with us is how high the quality of our documentation is and the ease of integration. With high technical expertise and customer service.

Gildas Seimbille: We are very experienced in technical customer onboarding. You can just buy our development kit, and there you have an electronic board – a printed circuit board, or PCB – with the module on one side, the antenna on the other, and you just have a connector, and it’s ready to communicate with the satellite. You just have to send your message.

We offer a video series called Astrocast 101 to help users get up and running, too.

Soracom: How does Astrocast’s satellite IoT solution support sustainability on the ground and in the sky?

Eric Ménard: Typically, when customers put an asset in a desert somewhere in the middle of Australia, they don’t want to have to send someone to switch something on and off. Having a remote control solution saves them time and operation costs and saves them from sending someone on a three-day plane/car trip. That optimization supports sustainability.

Then, at the end of the satellite’s life, we push them close to the Earth, where it will burn up in the atmosphere. Everything will disappear. The future is probably for this kind of satellite – debris is a key challenge in space, and we respect what is happening above us.

In part two of this conversation, we’ll look at use cases in which satellite connectivity pairs perfectly with IoT applications.

You can register now for a technical preview of Soracom’s Satellite IoT Messaging Service. If you’d like to learn more about our partnership with Astrocast, as well as the value of a blended IoT network that includes a SatIoT solution, download our white paper, Expanding IoT Deployments with Cost-Effective Satellite IoT.