Modules play a crucial role in the overall success of an IoT project. After all, the value of IoT and M2M applications depend entirely on devices communicating information with one another, and this is what modules enable in phones, cars, vending machines and countless other devices.

A chain is only as strong as its weakest link, which is why it’s important for project managers to arm themselves with a module that can handle the data load, coverage range, power consumption and environmental wear and tear of their IoT system.

Here are some of the top cellular IoT modules that can be used to power your IoT project to new heights. 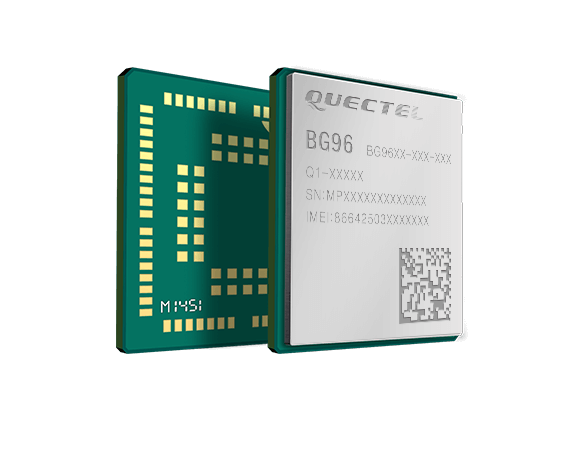 When it comes to IoT cellular modules, it’s hard to find a more accomplished brand than Quectel. In fact, the company has just gone IPO in Shanghai, and estimates that more than 100 million IoT devices around the world are powered by a Quectel cellular module.

With a maximum data rate of 375 kbps (download and upload), the Quectel BG96 cellular IoT module can support a wide range of low-data projects across multiple industries, making it an IoT developer’s dream.

This impressive device fits within a compact 26.5mm x 22.5mm x 2.3mm, providing IoT project managers with virtually limitless design flexibility and operational efficiency. Plus, with land grid array (LGA) packaging, the Quectel BG96’s processors are less likely to be damaged, adding durability and prolonging device life. In addition, since LGA pins are smaller, this allows for more pins to be installed in the same space, improving space efficiency.

As one of the leading suppliers of IoT-related cellular devices, Quectel understands the industry better than most. Their comprehensive reference manuals and expert technical support are some of the best in the industry and can provide tremendous value to IoT projects as they scale.

This wide range of experience and expertise can be seen in the products as well. Quectel cellular modules — including the BG96 model — feature a variety of different functionalities including USB drivers for Windows, Linux and Android to further strengthen the capabilities of any IoT project powered by Quectel.

With great coverage — particularly in the US — at a low cost point, the Quectel BG96 is always a great choice for any IoT project running on LTE CAT M1 or NB-IoT cellular connectivity.

You can find the Quectel BG96 IoT module in multiple high-performance cellular modems such as the Zoom Telephonics 4650 which we highly recommend for IoT projects. 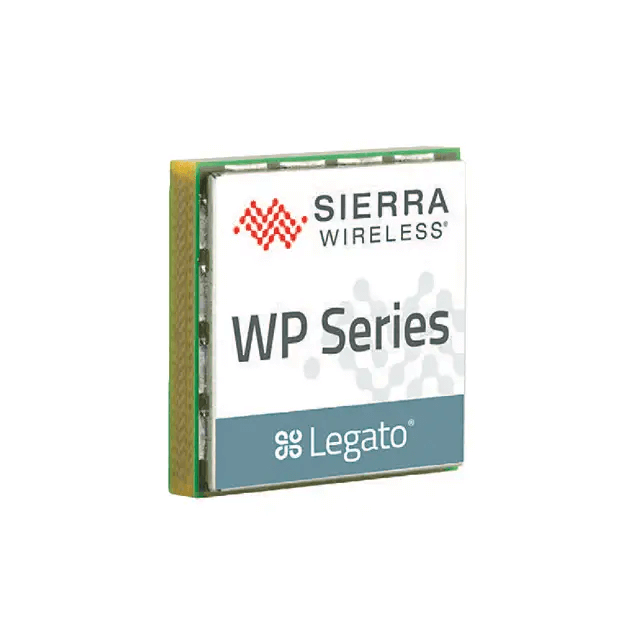 Sierra Wireless has been a name in the wireless solutions industry for over 25 years, delivering powerful and innovative hardware solutions to countless businesses around the world.

One device in particular that has allowed IoT businesses to go to market faster and cheaper than ever is the Sierra Wireless AirPrime WP7700 which is commonly found in laptops, tablets and other IoT-connected devices.

In addition, the Sierra Wireless AirPrime WP7700 has made an impact with leading automotive companies including Volvo on account of its GPS capabilities.

Similar to the Quectel BG96, the Sierra Wireless AirPrime WP7700 cellular IoT module supports Low Power Wide Area (LPWA) connectivities including LTE CAT M1 and NB-IoT. With this cellular IoT module, the battery life can be taken to the next level with the Sierra Wireless AirPrime WP7700’s Ultra-Low Power Mode which cuts power consumption by up to 200x for battery and solar-powered projects.

In addition, Sierra Wireless built the AirPrime WP7700 cellular IoT module with industrial-grade durability that can handle the extreme temperatures and harsh environments of industries including manufacturing, industrial, energy and more. 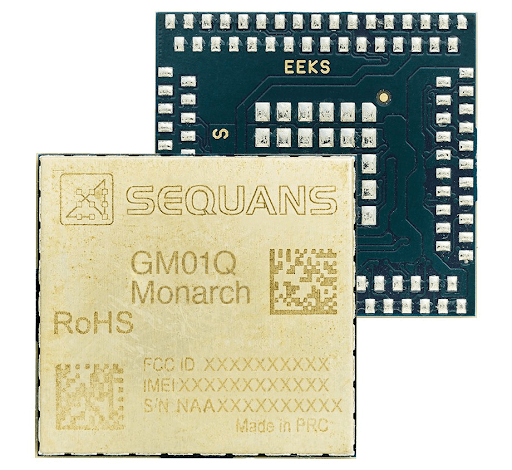 Founded in 2003, Sequans is a pioneer of 4G technology and one of the leading authorities on single-mode LTE solutions for IoT businesses around the world.

Understanding that IoT projects can rely on different cellular carriers depending on location and preference, Sequans has engineered a collection of carrier-specific cellular IoT modules for both Verizon and AT&T known as the Monarch series.

Which Cellular IoT Module Should I Choose?

Every IoT project is unique, making it that much more important that the hardware you equip yourself with is perfect for your particular use case. Understanding your data, power and coverage requirements can help you find the ideal cellular IoT module for the job.

For LTE CAT M1 or NB-IoT projects, you can find success with any of these cellular modules as they are built to succeed within a variety of different industries and verticals.

If you want to optimize your IoT project even more, you should invest in LTE CAT M1 and NB-IoT cellular connectivity that allows you to scale your operations with ease.

Soracom is built for IoT projects big and small, delivering high-end cellular connectivity with a pay-as-you-use pricing model that helps businesses grow. Plus, with our intuitive web console and API, you can remotely manage and monitor your IoT-connected devices from anywhere in the world — whether there’s 10 or 10,000.

As we covered in a previous article, Soracom LTE CAT M1 and NB-IoT cellular connectivity works with the Quectel BG96, the Sierra Wireless AirPrime WP7700, the Sequans Monarch series and countless other cellular modules, allowing you to build the perfect IoT setup for your business.

Ready to go to market with your innovative IoT solution? Request a demo today with Soracom to experience the value of intelligent IoT cellular connectivity.