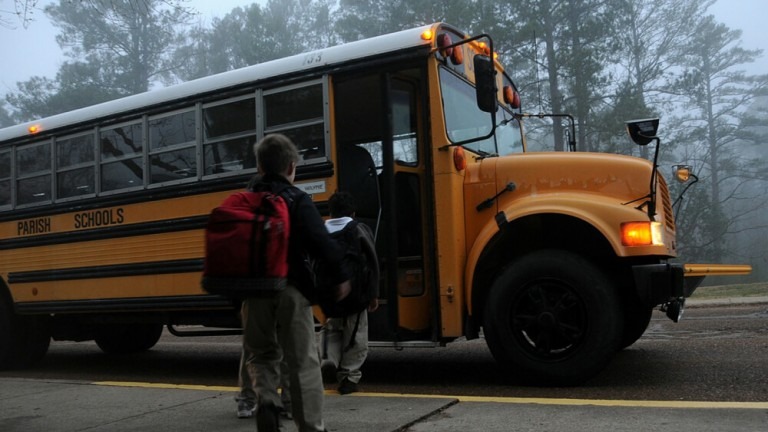 According to the United Nations World Youth Report, IoT numbers among the “most important new technologies” driving future innovation. Within this context, the report also notes that entrepreneurship will represent a major driver for future youth employment: “Scholars and policymakers are increasingly promoting youth entrepreneurship as a means of addressing the global employment challenge.” (Chigunta, 2017)

As demonstrated by the founding team at NxStop, a Pennsylvania-based startup providing accurate, private real-time location tracking for school transit, the technology now exists for people of all ages and all walks of life to build connectivity-based businesses.

Along with his friends Lehman Peng and Daniel Rose, James Polhemus began the entrepreneurial journey that would evolve into NxStop when the three were just 17 years old and still seniors in high school.

In this interview, he reflects on the first four years of his journey, from initial concept to MVP and first school district deployment

What led you to become an entrepreneur?

We would look at both large and small problems and discuss the first steps that we could take to approaching them. Where it seemed feasible, we’d then look at how potential solutions could be rolled out locally.

Starting from that foundation, I made a list of local businesses where we might be able to lend a hand. We made some really good connections with local CEOs and learned how to use technology in a pragmatic way. But the club didn’t result in any new ventures.

So the spark came from finding immediate, local problems that you could solve?

Exactly. NxStop developed directly from my own experience.

I grew up on a farm and took the bus to school every day. And in the winter, in rural Pennsylvania, that meant a lot of waiting for the bus in the cold and the dark.

There was one particularly dreadful day – one of those mornings where you don’t even want to go outside – where I waited for the bus for 20 minutes or more in a freezing wind before I realized it had already come and gone.

My first thought was, how am I going to get to school? Then, I took a step back and realized that this was a problem that I’ve faced many times — and it wasn’t just my problem.

I had a vision for an app that could help a lot of people. It would let you know, exactly, when your bus was arriving. It would give you live tracking. It would streamline your whole day.

I shared the idea with my friend Lehman Peng. We’d been close since middle school and we started coming up with ideas for building hardware. We thought that hardware would be the first step because a tracking beacon would need to go on the bus physically.

We were seniors in high school at this point. I took a leap and sent a cold email to the director of transportation for our hometown district. I asked to meet with him.

Lehman and I went to his office. We sat down and told him about our idea. He took us seriously… which meant he was generous enough to point out all of the real-world challenges that a school transport system faces that we hadn’t taken into account! He asked us some serious follow-up questions that really helped us to define our vision.

From there, we knew that we would need programming expertise to build the software side. Lehman was in class one day, and… well. I don’t think he can get in trouble for this now… he was in class but he was browsing through options for hardware. Our now co-founder Dan Rose was sitting behind him and asked what he was looking at.

Dan was pretty well-known as an expert programmer, and it was clear to Lehman that Dan was the missing piece of the puzzle. He told Dan about our project, and he got it immediately. We were all very passionate about the idea. Dan became our co-founder.

How did your initial product launch go?

Like a lot of initial launches. A flaw in the system came to light in production that we couldn’t remedy in time. It was our first real setback, but it also gave us an opportunity to create our own independent location hardware.

Most school buses have had some form of GPS hardware on board for years, but the hardware is built more for fleet-management scenarios. It doesn’t update very frequently and It’s not reliable for real-time tracking or ETA calculation. It wasn’t designed for the use case that we imagined.

What were the next steps in your journey to product/market fit?

For two years, we approached vendors to execute on our hardware idea. But we ran into more challenges — companies weren’t interested, their hardware was locked down, and the software was proprietary rather than open source.

Then in 2018, while Dan and I worked on the app, Lehman went to China for the summer. While he was there, he connected with a family friend to develop the first prototype of NxStop’s tracking unit.

Being there in China and speaking the language gave Lehman access to significant manufacturing capabilities. We worked with him remotely. Communicating technical terms back and forth was difficult, but eventually we started to see real progress on that front.

As of 2020, NxStop is up and running in the Palisade School District, which operates a fleet of 60 buses serving a rural community of 1500 students. About 60% of the parent base in this district is now using the NxStop app to make sure their kids make it to school safely. And we worked closely with the district to integrate with their back-end systems to ensure that only custodial parents or guardians can access that data.

You’ve come a long way, but you are still at the beginning of your journey. What’s made you proudest, so far?

I’m most proud of the accuracy of what we created. There are companies that have a similar solution, but very often, what they do is just geo-fence a certain parameter. The system will only notify you when the bus enters the geofence. But it doesn’t offer students and parents an ETA.

I feel proud that we didn’t give up on that, even though it would have been easier to build something less capable.

What milestones are you currently pursuing?

We’re focused behind the scenes, right now. We did a lot of work on the front-end with the user experience and design.

Now, what’s exciting is that we’re looking for ways to improve routing with machine learning algorithms and artificial intelligence (AI). We’re also looking at ways that we can optimize our data processing. We’re also building a solution for subs and re-routing when busses break down.

There are a lot of obstacles when you start a project like this. But the freedom and the feeling of accomplishment that comes with actually, you know, having an idea, bringing it to life and then seeing it out there and seeing people use it — there’s nothing like it.

Check out the case study to learn how NxStop is writing the next chapter in school transit. 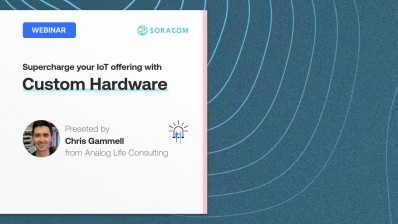