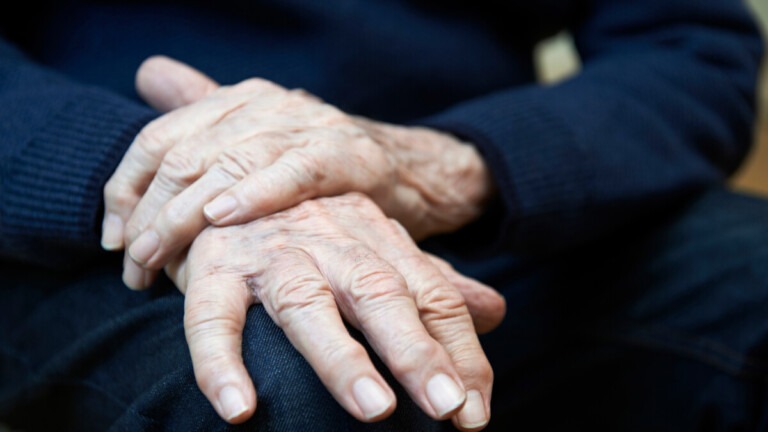 IoT technology is playing an ever-increasing role in the treatment of diseases. From asthma to digestive tract issues, doctors are supporting patients’ health using a variety of creative IoT solutions. Parkinson’s disease is another health condition that doctors are better able to treat when incorporating data provided by IoT devices.

Parkinson’s disease is a chronic, progressive condition that affects patients’ movement. It is best known for causing tremors, which generally occur in the hands and start mildly, but then progress to stronger, more frequent shaking. The disease also causes rigidity, slow movements, or even non-motor symptoms like depression, fatigue, and sleep issues. This neurodegenerative disease affects an estimated 10 million people worldwide, and 96 percent of those who are diagnosed are over 50.

The disease has no cure, so Parkinson’s care is focused on managing and controlling symptoms. Unfortunately, many of the medications prescribed to treat those symptoms can have powerful side effects of their own, so treatment plans must account for that as well. IoT solutions that are either in development or that have already been approved for clinical use generally focus on helping patients manage those two challenges.

The COVID-19 pandemic provided a unique opportunity to test an IoT technology for Parkinson’s patients in Italy.  When the government locked down the entire country in March 2020, Parkinson’s patients needed to be treated remotely. Researchers asked: Could patients record their symptoms and health status using their smartphone? Patients who needed outpatient follow-up care were invited to participate in a study of an app to collect data on how their symptoms were progressing.

Participants would speak to a clinician on the phone about their symptoms and status, and then receive written and video instructions about how to download and use the app. Each week, more than half the patients involved in the study used the app to track changes to their motor abilities and also to non-motor symptoms they were experiencing. While researchers said this intervention will need further, broader study, the results were strong enough to conclude this type of IoT-based monitoring is a promising way to track patients’ management of their disease.

IoT technology in the form of wearables has proven to be effective in helping patients suffering from a variety of diseases track their symptoms and monitor their treatment schedules. Because of the way Parkinson’s affects patients’ motor control, smartwatches are showing great potential as a tool for diagnosis and treatment.

Since 2018, Apple has incorporated an API to its ResearchKit framework for its watch OS, allowing researchers to monitor both the tremors and dyskinesia associated with PD. The latter is a side effect of high levels of dopamine in the brain and can cause a patient to sway back and forth and fidget. Research conducted by Verily Life Sciences confirmed smartwatches can track the progression of motor-related symptoms effectively.

In 2021, research conducted at Apple showed that the collection of accelerometer and gyroscope data from their line of smartwatches could accurately track patient movements. The data was compared to that of the Movement Disorder Society Unified Parkinson’s Disease Rating Scale (MDS-UPDRS), the gold standard for measuring these symptoms.

In June 2022, the U.S. Food and Drug Administration (FDA) cleared a San Francisco-based startup to use the Apple Watch as a way to track tremors and other motion-related symptoms for Parkinson’s patients. This means doctors can get a continuous feed of data to see exactly how the disease is affecting patients during their day-to-day lives.

Though accelerometers and gyroscopes are great for testing motion, a group of researchers in Portugal has also developed a prototype device to measure wrist rigidity. This is another important symptom that doctors track to measure the progress of the disease.

The device, called iHandU, was originally developed to provide feedback during deep brain stimulation surgery, which is a major intervention to help limit motor symptoms of Parkinson’s. When worn by the patient on their wrist during the procedure, it provides surgeons with feedback on how specific brain stimulation affects motor activity in the hands. The iHandU is now being tested outside the surgical theatre as a way to track mobility data from patients when they are not being directly observed by their doctors.

“The system includes a hybrid mobile application for Android and iOS devices, through which patients can manage their medication and perform tests to monitor symptoms associated with the disease, at home or during medical appointments, while keeping the healthcare professionals informed about relevant events that may occur,” Duarte Dias, a researcher on the project, told News-Medical. “So far, the feedback has been very positive, which reinforces the usability, simplicity, and suitability of our solution.”

A Cutting-Edge Ink With the Potential to Collect Data

The next-generation wearable could actually function as part of the patient’s skin. At Texas A&M University, researchers are working with biomaterial ink that may be able to be 3D printed into a flexible device that can be applied directly to a patient’s skin, almost like an e-tattoo. The device would then track data and transmit it electronically for monitoring purposes.

“This newly designed hydrogel ink is highly biocompatible and electrically conductive, paving the way for the next generation of wearable and implantable bioelectronics,” said Dr. Akhilesh Gaharwar, associate professor in the Texas A&M Department of Biomedical Engineering.

Historically, 3D printing has been used to prototype new devices, and, in the healthcare field, create innovative replacements for human cells and tissues. Each patient will have different habits and levels of comfort with technology, and this new approach could work well for patients who cannot – or will not – wear a smartwatch or other wearable.

A Parkinson’s diagnosis can be extremely challenging for patients and their families. But with cutting-edge IoT solutions available to help patients meet and address symptoms and side effects, the disease can become more manageable. Using connected IoT technology to feed data to doctors is one way these solutions are helping make lives better for those living with the condition.

***
Learn more about how Soracom is helping customers in healthcare accomplish their IoT goals, and get started today with our IoT experts to discover how Soracom’s solutions can benefit your company.