LTE CAT M1 connectivity has taken the cellular IoT market by storm, empowering businesses around the world with a cost-effective method to experiment with IoT technology.

However, once you’ve confirmed that LTE CAT M1 is the perfect IoT device connectivity for your project, the work isn’t over. To ensure that your IoT system running at its very best, it’s important that you choose the optimal LTE CAT M1 module for the job.

What is an IoT Module?

Big or small, every IoT project requires a module – also known as a radio chip – to properly function. Considered the engine of any IoT system, these tiny computing devices connect everyday objects to wireless networks and are responsible for identifying, gathering and transmitting any data that is collected. 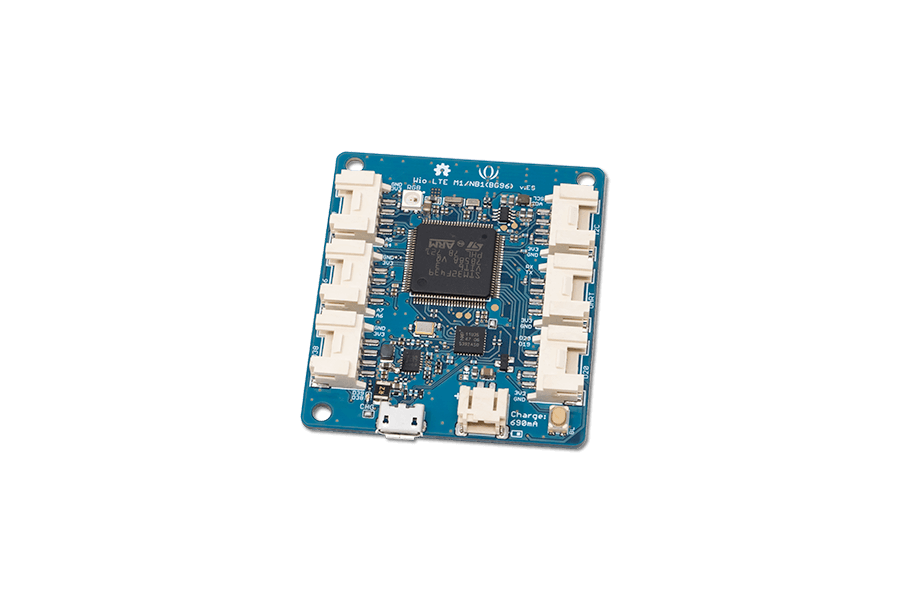 IoT modules feature virtually identical technology to mobile devices such as cellphones except that they provide “always on” connectivity so that they can interact with data in real time without needing any manual input.

Choosing the perfect LTE CAT M1 module for your IoT project involves understanding what it is that you intend to do with your system.

While the cost-effective route can be enticing for many, picking the wrong LTE CAT M1 module can result in an operational headache that hurts your project and your pocket.

Although many LTE CAT M1 modules feature similar data loads, power consumption and range, there are underlying advantages and disadvantages that can make all the difference.

Whether it’s underground, refrigerated or submerged in seawater, LTE CAT M1 modules are often deployed in harsh environments that can damage devices that aren’t durable. Worst of all, if these LTE CAT M1 modules stop functioning as a result, someone may have to travel on-site to physically repair the device, costing valuable time and money.

For this reason, investing in an LTE CAT M1 module that is built to endure varying levels of vibration, humidity and temperature can ensure that your IoT project continues operating without service delays or data corruption.

While technology is growing at a tremendous rate around the world, some areas are quicker than others. When you are deciding on the perfect LTE CAT M1 module for your IoT devices, it’s important to find an option that is compatible with the networks you’ll be directly interacting with while still being capable of interacting with older systems.

Although this is more critical for global projects, choosing an LTE CAT M1 module that is able to operate at peak performance in virtually any region allows you to easily scale your operations while limiting unnecessary downtime.

Scalability can be difficult, especially when businesses are dealing with thousands of IoT-connected devices in an international system.

Finding a LTE CAT M1 provider that has the resources to quickly arm your IoT project protects you from any logistical inefficiencies that can get in the way of going to market with your system.

Since cellular providers such as AT&T and Verizon work primarily with mobile phones, they often lack the expertise that is required to effectively and efficiently scale IoT operations.

In addition, most of the device modules that they manufacture are only capable of operating within their network systems, preventing you from operating in regions where they offer no coverage.

Buying a laptop from a butcher isn’t a good idea, and neither is purchasing an LTE CAT M1 module from someone who isn’t a qualified expert.

No matter the size, IoT projects are an investment which is why it’s imperative that you work with industry professionals that have a history of producing highly-effective IoT modules for successful IoT projects.

They should have the ability to build the module from the ground up, or at least have a track record of where each component of the module was manufactured.

By doing your due diligence, you can protect your IoT project from potential security breaches that could compromise the data that your devices are collecting.

As a LPWAN connectivity, LTE CAT M1 can often support wide coverages with relative ease. However, depending on the module that you choose, these numbers can grow or shrink.

For IoT projects that stretch across a wide coverage, choosing an LTE CAT M1 module that can handle the range can drastically improve data collection, accuracy and transmission.

Partnering with an IoT module provider that has industry experience in troubleshooting problems and streamlining processes can have a tremendous impact on the success of your IoT project.

Not only could their expertise provide your business with a competitive advantage that you can take to market, but it can also wind up saving you significant time and money.

The Secret to Optimizing your IoT Project

Inventing a revolutionary new IoT solution that can bring value to consumers can be exhilarating. However, there are still some important choices to be made that can dictate the success of your project.

The module that you choose to drive your IoT solution matters just as much as any other component of your project. After all, when you’re deploying thousands of devices across the world, the last thing that you want is risk and uncertainty.

Similarly, investing in the right IoT connectivity gives you a competitive edge by delivering the exact bandwidth, power and data you need to operate your IoT project without overspending or underperforming.

Soracom has helped 15,000 businesses around the world find success with intelligent IoT cellular connectivity – including LTE CAT M1 – that is cost-effective and easy to scale.

Rather than paying for a set amount of data each month, Soracom allows you to simply pay for the data that you use without any minimum commitments or NDAs, making life easier and far less expensive.

We offer a wide range of award-winning IoT and M2M products and services specifically designed to enhance every facet of your project, providing you with the tools and resources you need to operate in over 120 countries.

Soracom cellular connectivity solutions are built for IoT systems. Unlike traditional telecommunication companies, we empower your IoT project with an intelligent management console that allows you to track and control each device in your IoT system in real time.

Want to empower your IoT project with the best LTE CAT M1 connectivity on the market? Book a demo today and learn more about our innovative IoT cellular solution.