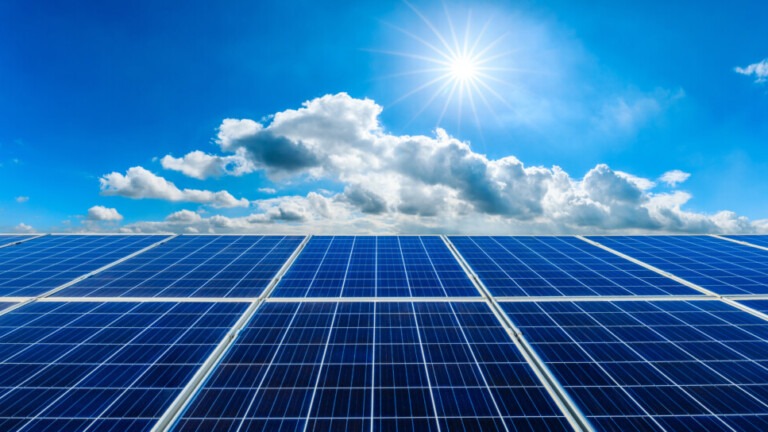 Solar energy is rapidly becoming the fastest-growing means of energy production in the U.S. An estimated 46% of new electric capacity added to the grid in 2021 was added by leveraging solar power, and harnessed solar power drives 4% of the electrical power generated in the country today. IoT solutions are helping fuel that growth, allowing solar energy production to happen more effectively.

The growth in solar power generation has been driven by a drop in costs at all points in the process, from utility-scale installations to panels installed on privately owned homes. Between 2020 and 2021, the cost of utility-scale solar installations dropped by 12.3%, commercial rooftop solar panel installations fell by 10.7%, and even residential installations became, on average, 3.3% cheaper. This is primarily because solar modules, photovoltaic panels made of connected solar cells, dropped in cost by 19% at this time.

Some utilities already leverage the IoT to improve operations in older plants. But as more solar installations come online, they will require IoT networks to collect data needed to maximize efficiency.

IoT solutions are helping to optimize the way that solar energy farms are built, maintained, and monitored, allowing the market for this technology to grow. The smart solar market is forecast to reach a valuation of USD $13.33 billion by 2027, up from USD $8.52 billion in 2019.

Data from IoT devices can be used to determine the optimal placement of panel arrays for maximum output, for example. Sensors can also provide important security data, such as whether panels are being unknowingly moved around or perhaps even removed.

Among the many potential applications of IoT, remote monitoring is all but essential to the efficient operation of solar farms. Rather than requiring employees to inspect panels regularly, connected asset tracking systems can provide real-time information about whether panels are working as expected. An example of this is using sensors to track sunlight-intensity data. When compared to the amount of energy the panels are collecting, this data can be used to determine whether certain parts of the array need repair or maintenance.

Solar energy generation is weather-dependent, so it will never be as consistent as electricity produced by older coal- or gas-fired power plants. However, the cost and environmental benefits of switching away from these fossil-fuel-dependent production methods make solar a critical piece of a future run on clean energy. The IoT, meanwhile, is a key component of stabilizing those power inconsistencies.

The IoT’s Role in Smart Grids

One of the big challenges that utilities grapple with is the stability of the electrical grid. In particular, congestion on long-distance transmission lines that move power from one region to another is a primary stressor on grid operations. This poses a significant challenge for regions increasing the use of solar energy, as not every city or rural area has access to year-round sunlight. This means some of the power generated needs to be moved from where it’s harnessed to where it’s actually needed.

Our current power grids are designed to handle constant, consistent power levels. Surges and dips in the flow of available power stress the overburdened systems, increasing the risk of outages. The U.S. Department of Energy reports that these interruptions to service cost Americans US$150 billion each year.

Smart grids, however, leverage IoT technologies like the following:

The U.S. will fund some national grid upgrades through the recently-passed Infrastructure Bill, signed into law in November 2021. That legislation included USD $65 billion to strengthen the national power grid, including upgrading transmission lines, improving flexibility, and protecting against cyberattacks on the grid. That investment is critical to meeting the government’s stated goal of 100% clean electricity production by 2035. In January, the Department of Energy launched its “Building a Better Grid” initiative, which, among other things, will leverage some of that infrastructure funding to implement IoT solutions to improve power delivery.

From supporting solar array management to optimizing renewable power delivery through the grid, the IoT is playing a critical role in helping realize the full potential of solar energy to fuel homes and businesses. Smart solar technology is helping speed the adoption of solar as a cornerstone clean source of electricity.

…………
Got a question for Soracom? Whether you’re an existing customer, interested in learning more about our product and services, or want to learn about our Partner program – we’d love to hear from you!