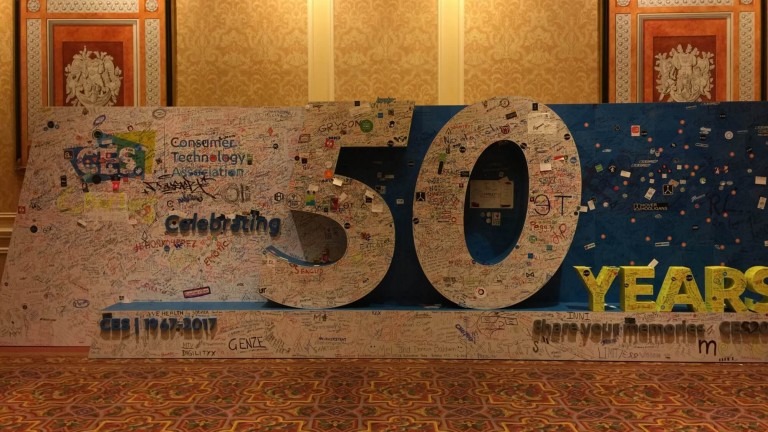 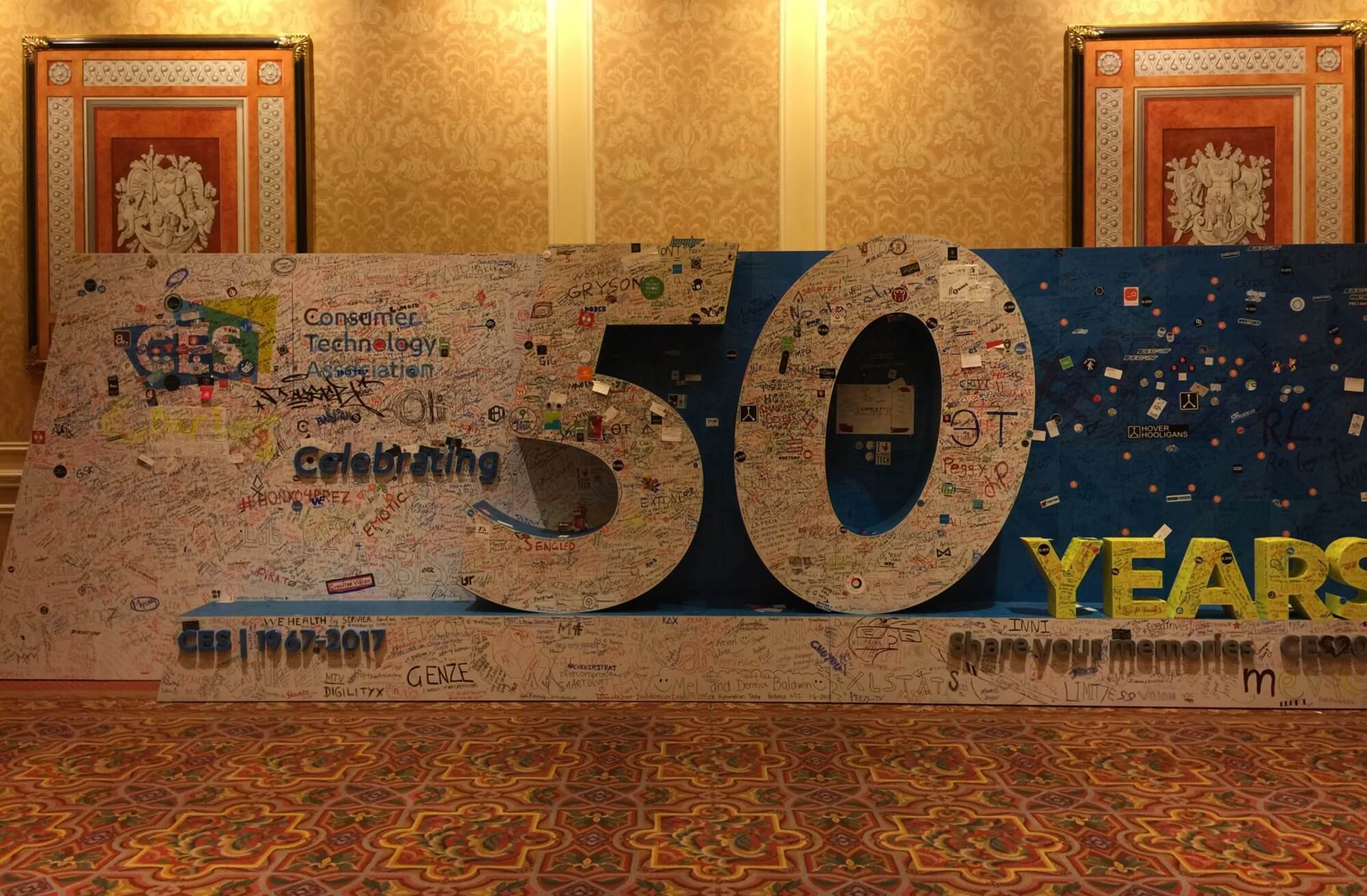 I finally got a chance to be there myself and took a good look at some of the latest and greatest technologies around the world.

The place was so big that I probably walked 30 miles for 2 days and was still only able to visit about half of all the exhibitions. 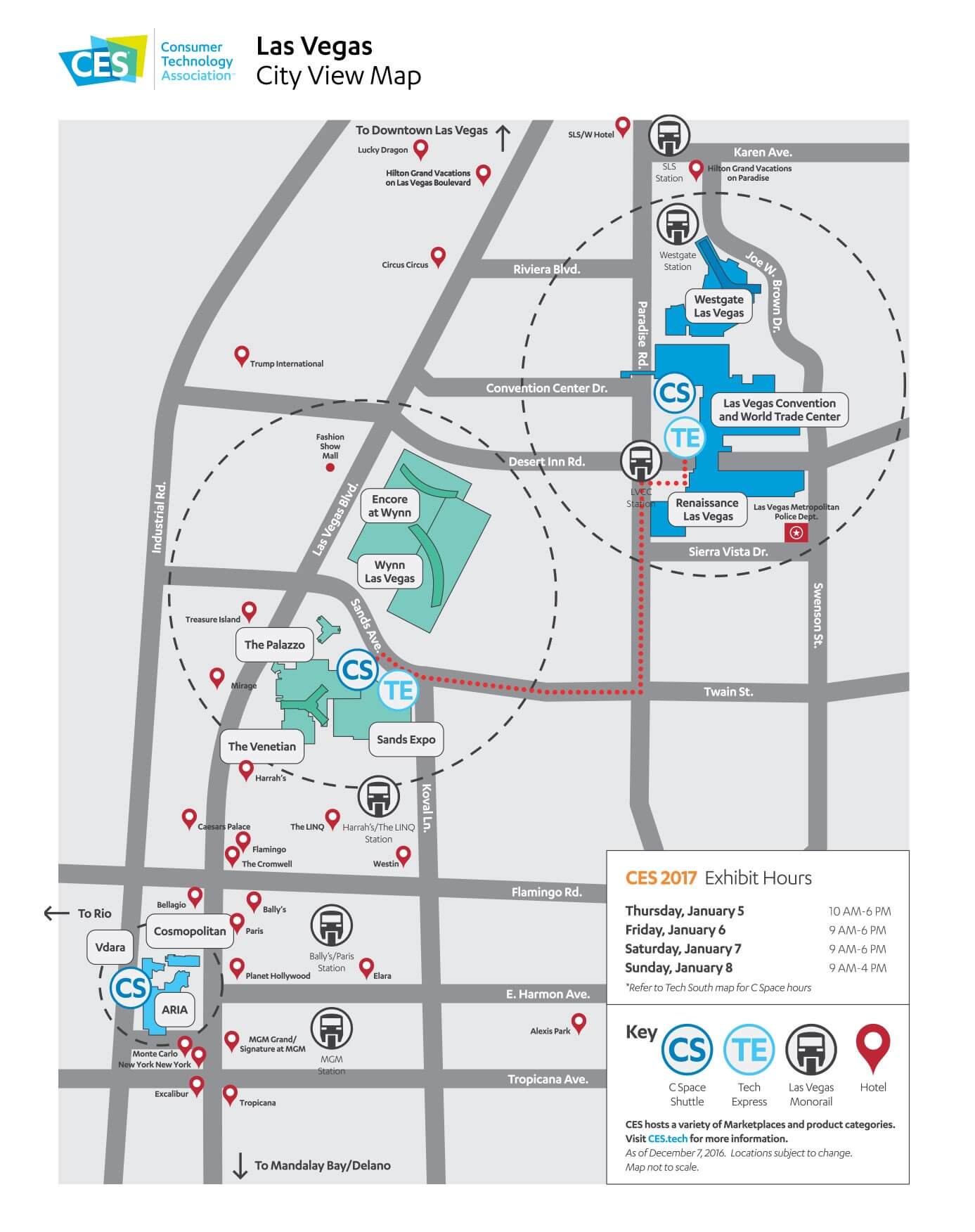 During the first few days of the CES, the casino hotel prices on the strip were surging to $250 to $600/night, so I stayed at AirBnB and got around the city with Lyft/Uber (and UberEats for the mid-night snack).

It is a good idea to book a hotel earlier if you plan to stay within the walking distance from the convention centers for the future big events like CES 2018.

Here are some of the coolest things I saw at the events:

Pretty much every major automaker, including Toyota, BMW, Mercedes-Benz Bents and Volkswagen, showcased their version of connected autonomous vehicles at CES.

The future of automotive tech at CES 2017

So called “Tesla Killer”, Faraday FF91 was performing a live demo of their self-parking autonomous electric vehicles at their keynote.

I was particularly impressed with BMW’s HoloActive Touch System. The free-floating display that you can actually feel the touch in the mid air (by so called ultra sonic array)

Toyota’s Concept-i (愛) was very impressive as well.
The short movie (about 15 mins) running at the booth was so good that I almost cried.

It was a story about the car (the car’s AI) becoming an important part of the family relationship.

In the movie, the AI understands many things about each family member (schedule, voice, face, bio-metric, etc.) and gives advice and guidance when needed. For example, the car monitors the driver’s stress level and offers to taking over the driving, and play back the video from the past significant moments.

Probably many of you saw this on the Web.
Honda introduced a Riding assist self-balancing motorcycle.

A drone maker, Ehang, presented an autonomous aerial vehicle, Ehang 184. The passenger just need to point the target location on the tablet, and the vehicle takes off.

It comes with Ehang’s fail safe system. If any components malfunction or disconnect, the aircraft will immediately land in the nearest possible area to ensure safety (so they say).

Some of these are still in concept and not products you can buy yet. However, I believe we are now turning the corner to the future that we all anticipated: talking, autonomous, flying vehicles!! 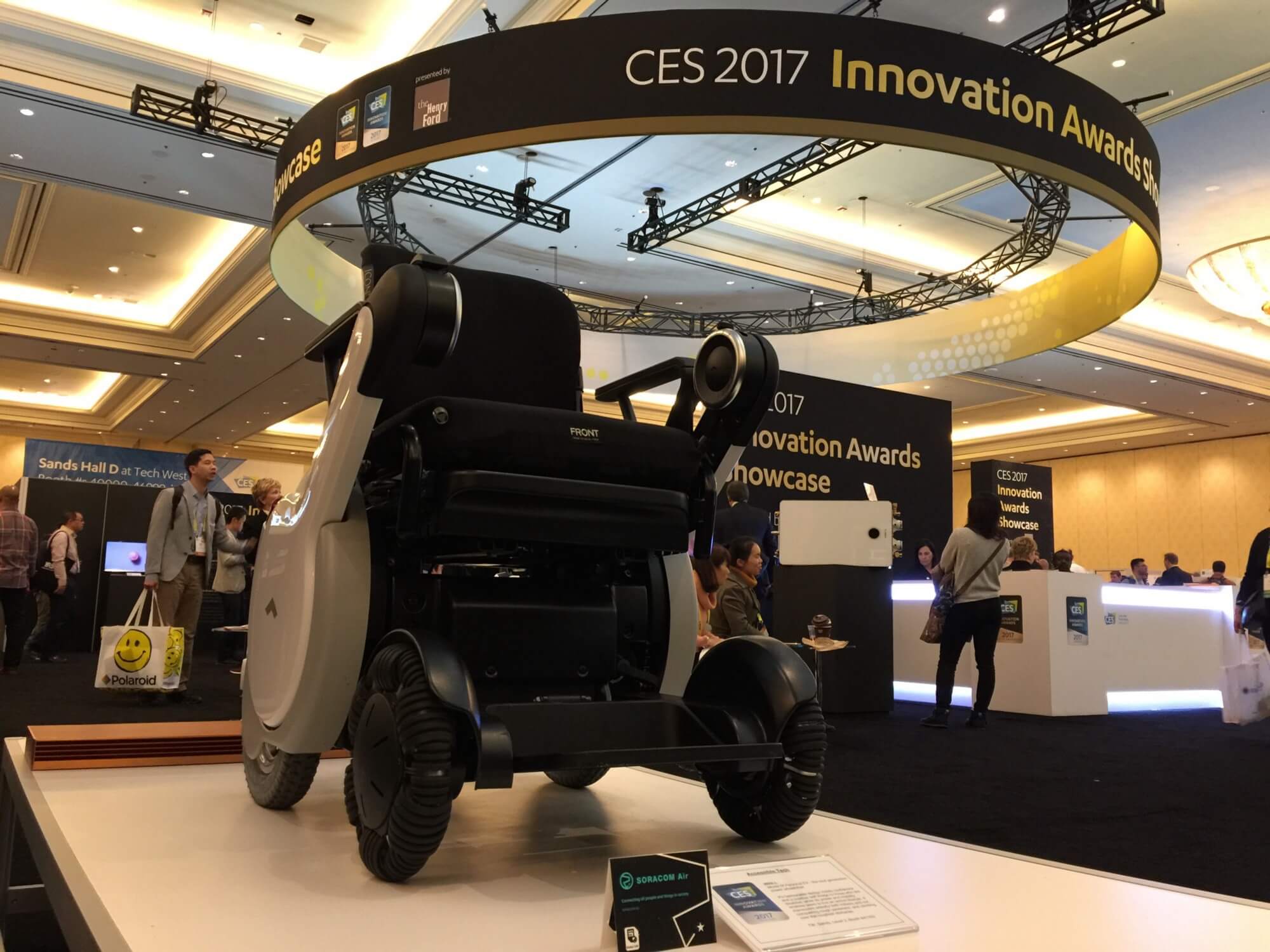 I am bit biased as this wheelchair is from WHILL, a SORACOM customer. I was so excited to see the electric wheelchair at the CES 2017 Innovation Award Showcase. 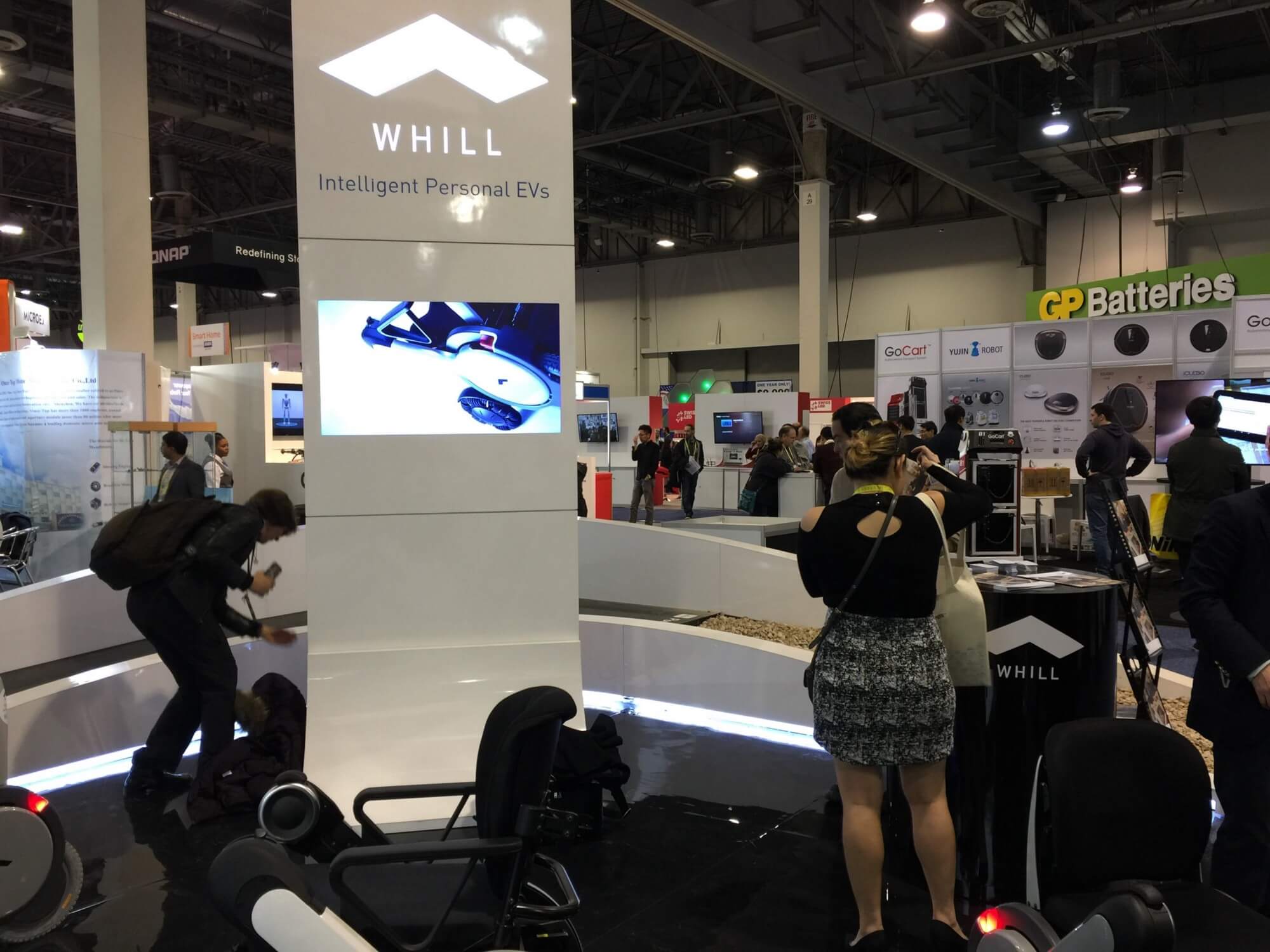 This wheelchair is amazingly maneuverable and can travel over pretty much anything — even light off-road trails. It can also go… quite fast. It is connected and controllable via Smartphone as well.

Last month, I was riding this wheelchair myself to bring this to our booth at Sands Expo for AWS:reInvent. This chair always reminds me of Professor X. 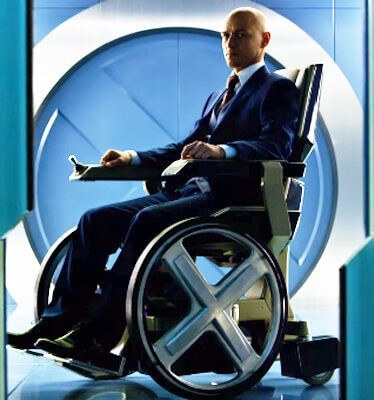 There were over 50 exhibitors for the different 3D printers. Big one, small one, fast one (You don’t have to wait for a half day anymore, just an hour), edible one (Yes, you can eat the printed pan cake!), 3D printed car and motorcycle (your can ride them). 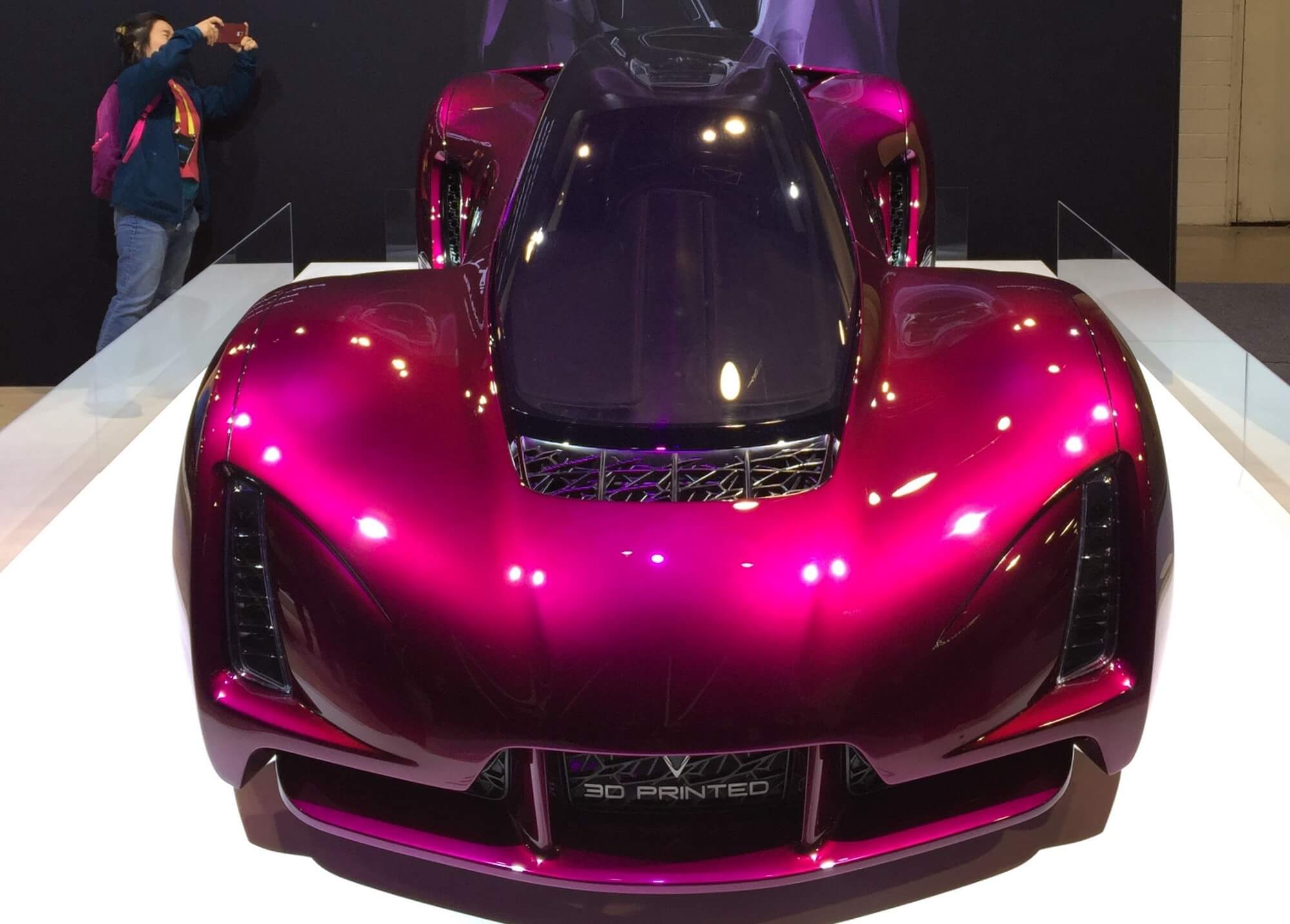 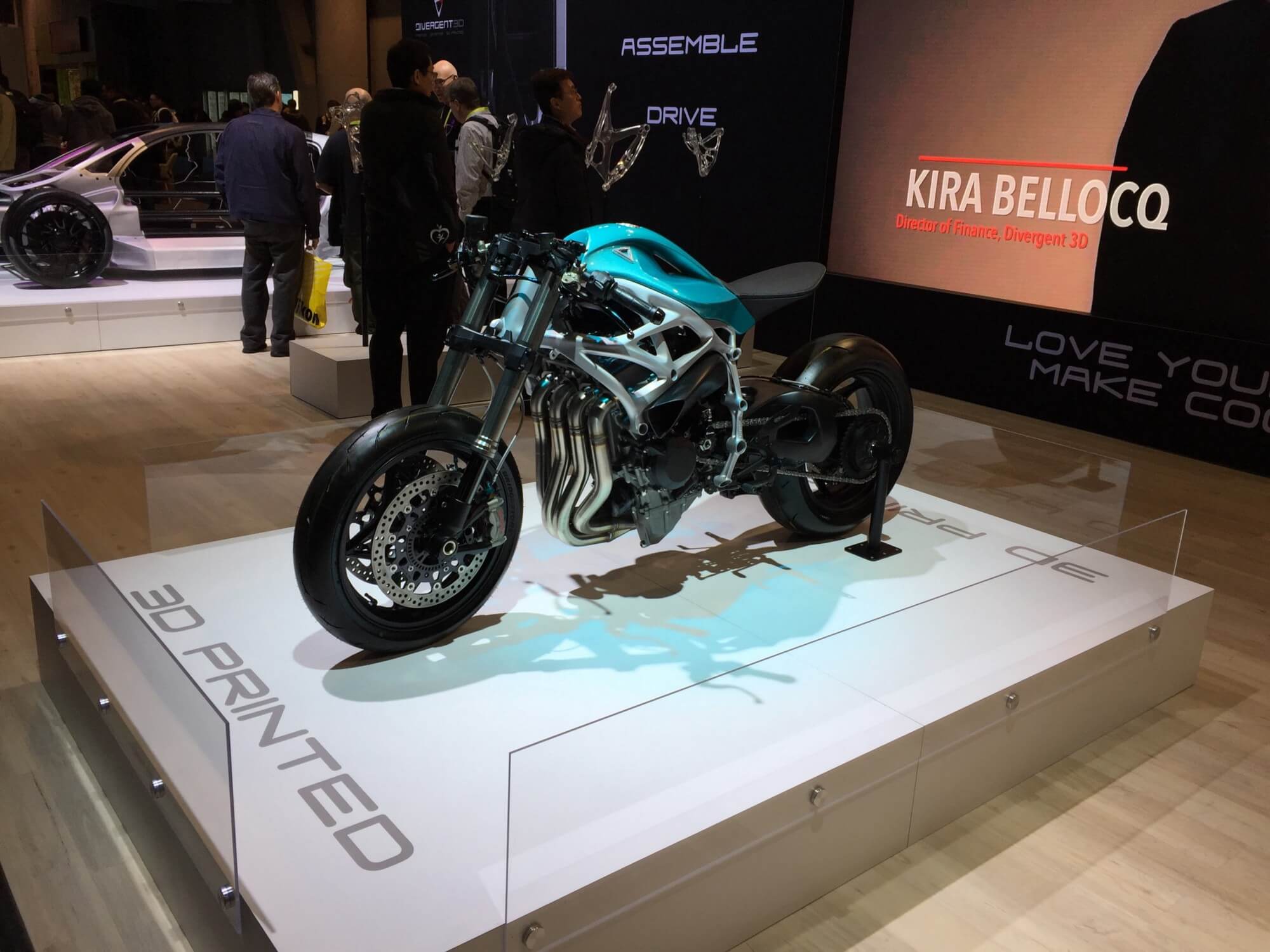 Wow, this is just amazing. I thought my TV was thin (like 2 cm), but this is something else. 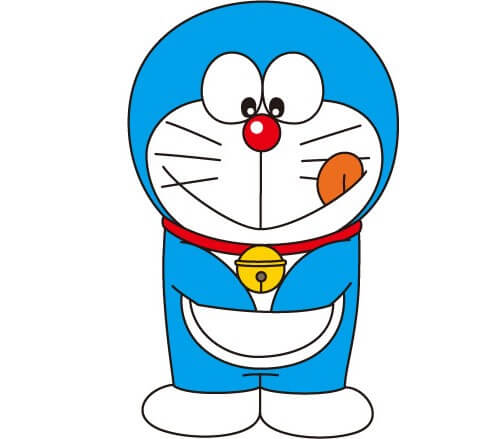 Here is the tunnel to the future presented by LG 😉

Another cool gadget I saw at SONY booth was a short-throw 80″ touch screen projector. This is even thinner than wall-paper TV 🙂

The carry on luggage is getting smarter too.

There is a COWA’s Robotic Suitcase that autonomously follows you, so that you do not have to carry the suitcase anymore. It has cameras and sensors to recognize and avoid obstacles.

If you don’t even want to walk, then there is a MODOBAG. A carry-on luggage that carries you.

If you own both MODOBAG and COWA’s Robotic Suitcase, then you can ride on the luggage and the suitcase follows you.

I saw many smart home appliance exhibitions this year.

ring. They are one of the company making smart locks. They had nicely designed booth. cozy. 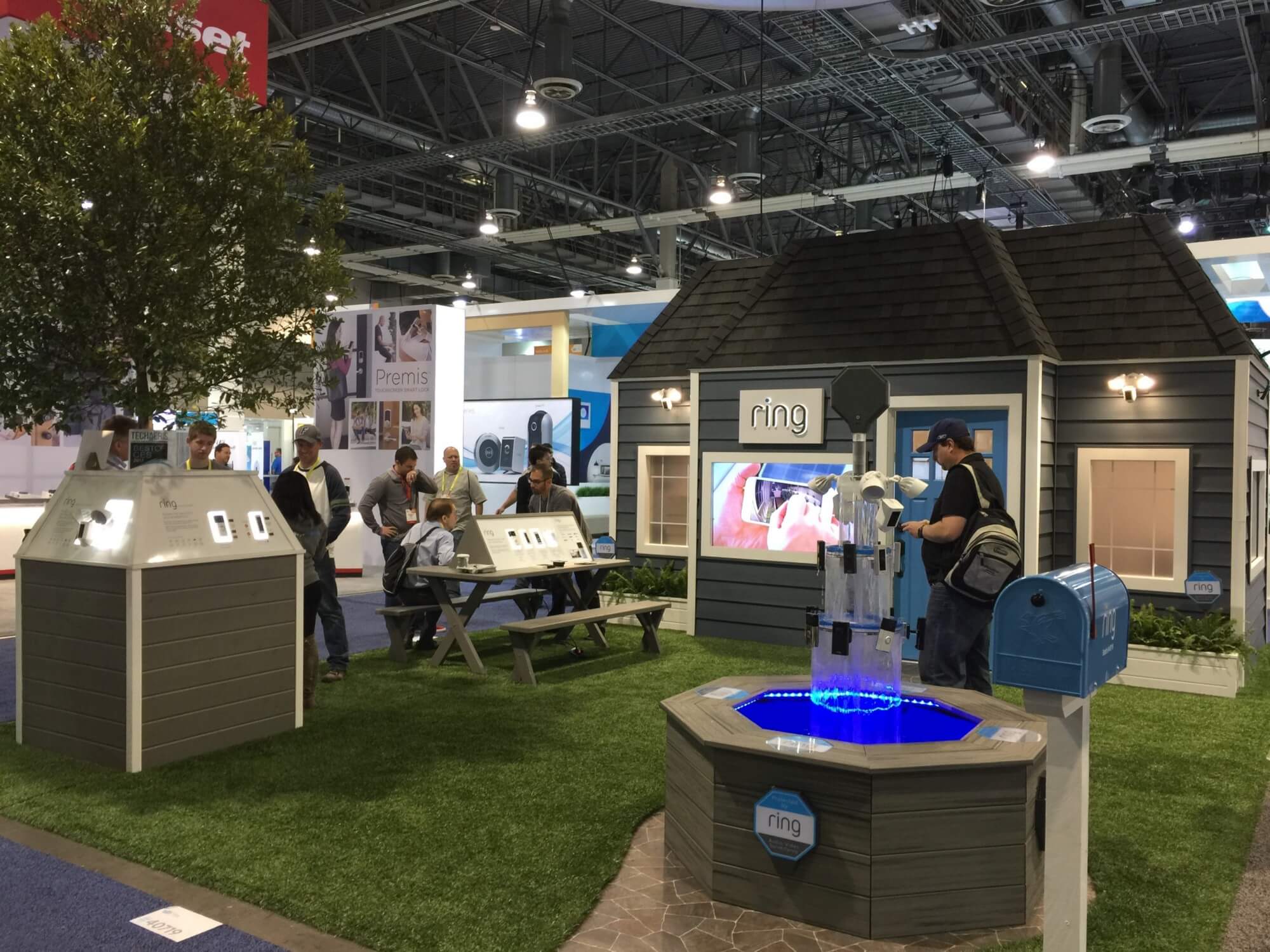 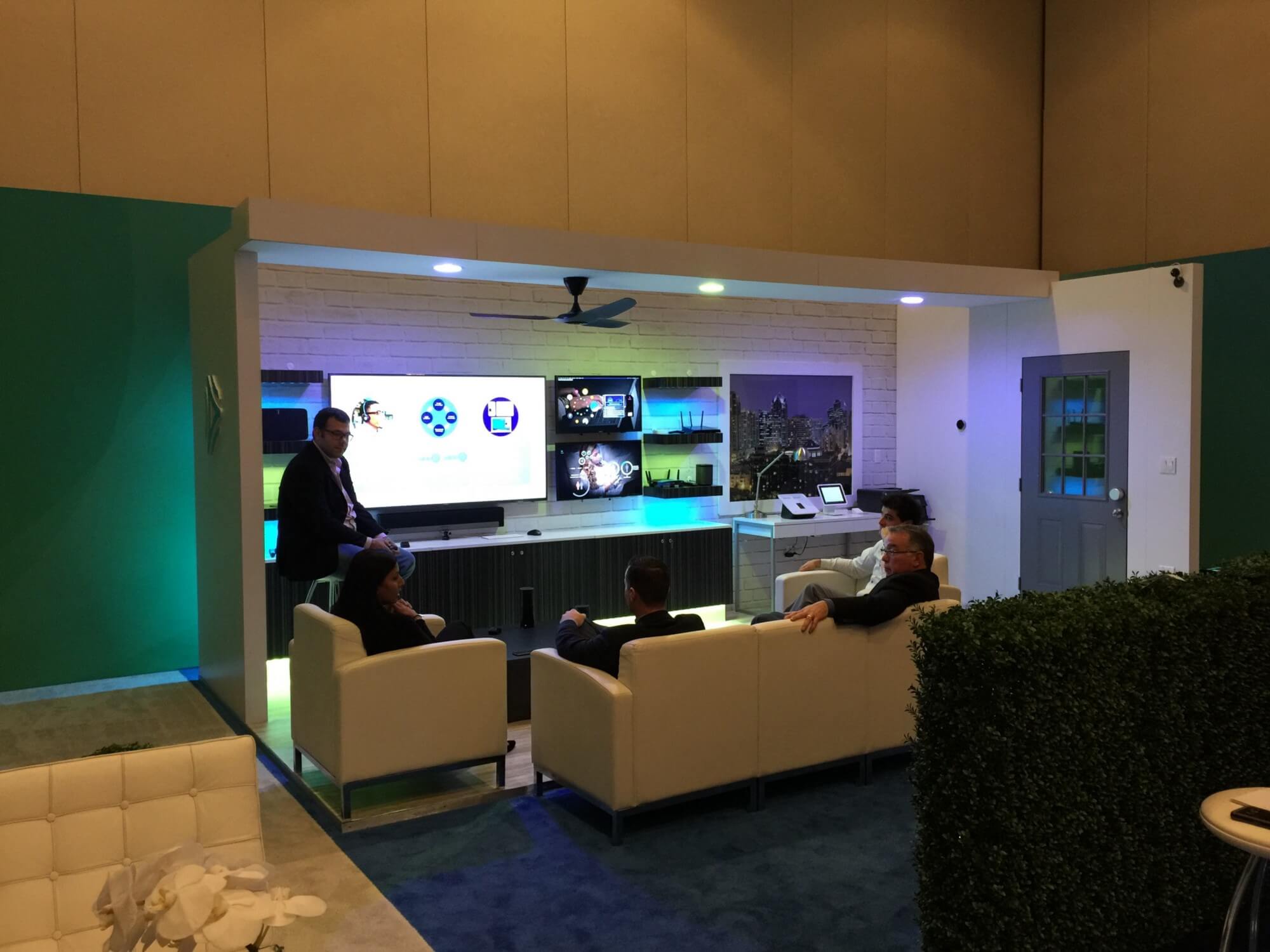 Wearables are getting smarter, smaller and long lasting. Supported by a small and big breaking through inventions and technologies.

Panasonic supplies one of the most high-performance batteries for electric vehicles including Tesla Motors. They also power many small wearable devices. 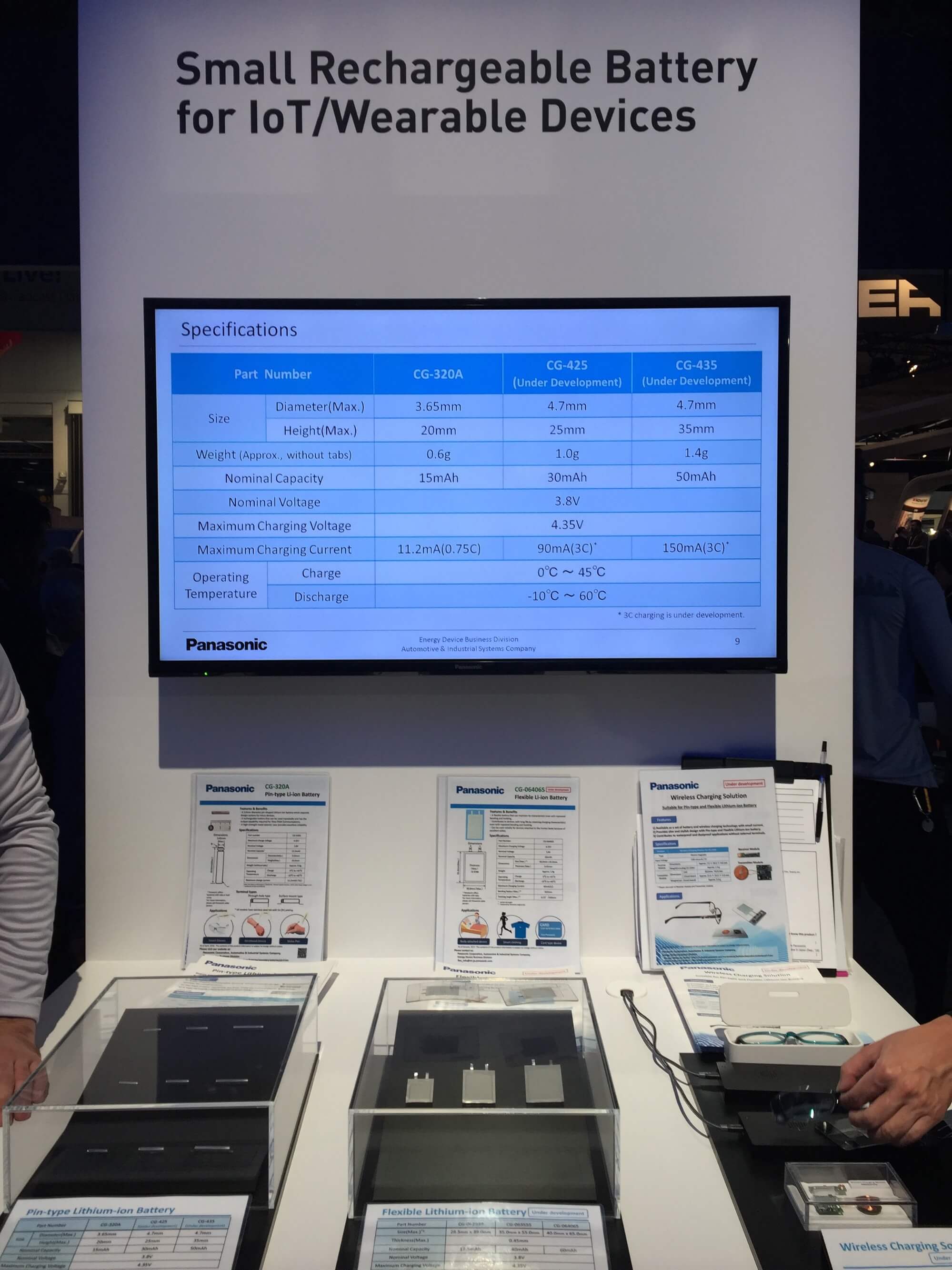 Robotics is always an important topic when it comes technology progression.

Kuri, one of many robots debuting at CES 2017, is a companion robot for kids. Kuri is like an Amazon Eco with eyes and wheels. $699 to bring Kuri home.

I used to play games a lot, 1st person-shooters to tactical-simulations. Nowadays I only play occasionally and casually. I won’t call myself a hardcore gamer anymore, but I still keep my platform updated for any potential blockbusters hitting the market requiring latest GPU powers, so I own Razer blade 13″ 2016 and use it as my main machine.

When I saw this beauty at their booth… I got a bit emotional. 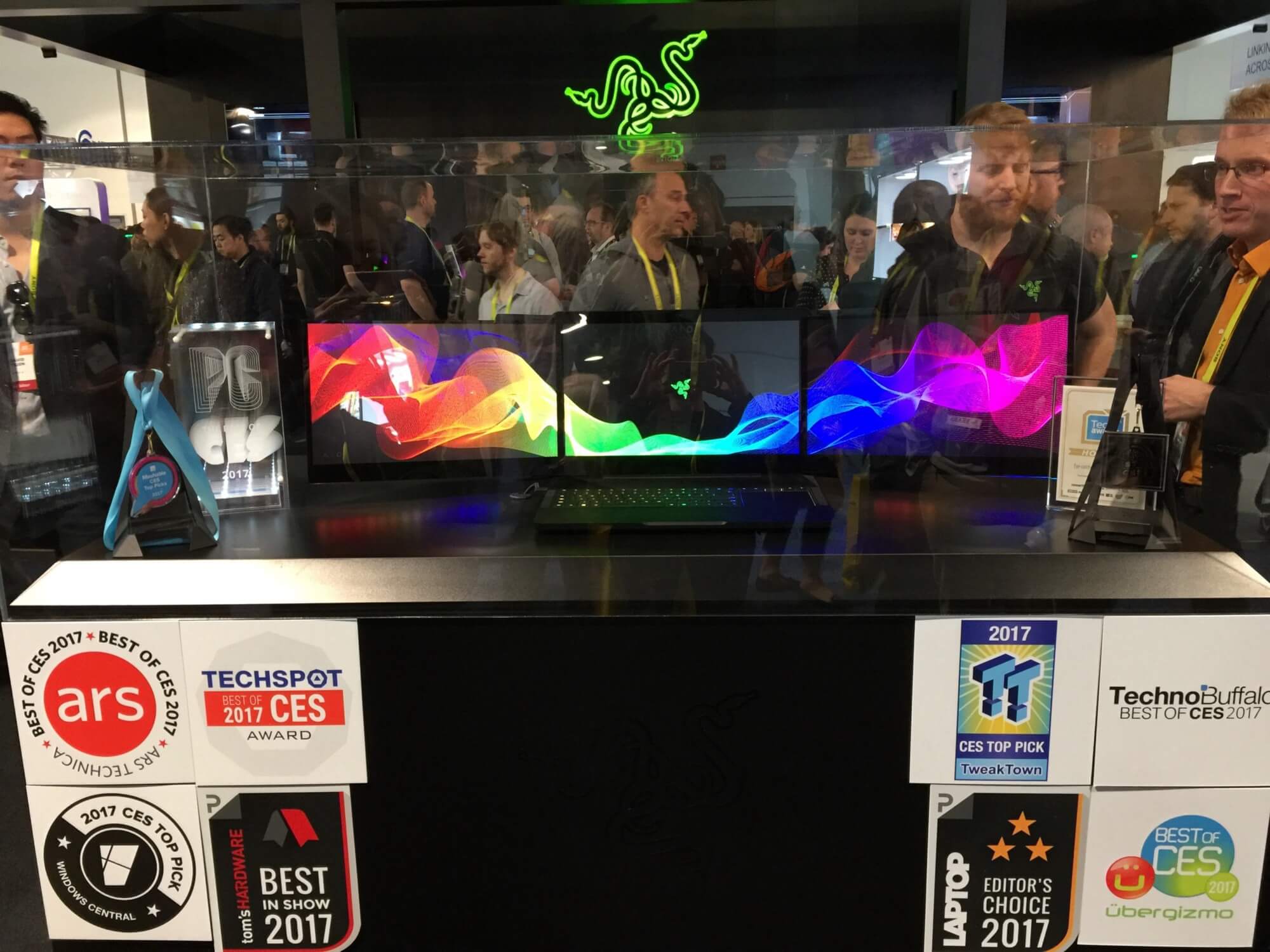 As a former hardcore gamer, I understand how impossible this is.

[Update] I saw the news that someone stole this laptop at CES. It was kept inside the glass cases, how whoever did this, pulled off such a heist.

Well, obviously I could not cover everything, but I was able to see plenty of inspiring next generation technologies.

We are now officially in a new era of computing, the age of AI & IoT supported by Cloud and Big Data.

My vote for CES 2017 Best award, goes to Nvidia and Amazon. 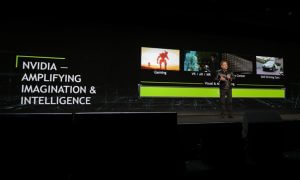 Nvidia designs graphics processing units for the gaming market, as well as system on a chip units for the mobile computing and automotive market. They are the center of the storm of this autonomous car movements. 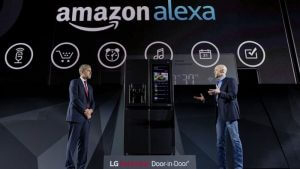 Amazon the online retail giant. There are over 700 connected devices integrated with Alexa including the integration with Ford.
AWS is clearly leading the cloud business which is feeding the IoT, Big Data and AI movements.

They are the infrastructure of the connected world.
Can’t wait to see what’s next!!