This year’s AWS Summit Tokyo was a large event covering four full days, and Day 3 turned out to be a truly memorable day for Soracom and for me personally. 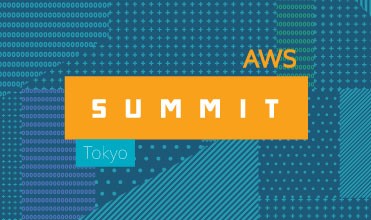 Dr. Werner Vogels, the CTO of Amazon.com, gave the keynote for Day 3, and I had the opportunity to share the stage as a guest to talk about Soracom’s use of AWS.

For me, this was an opportunity to describe how much I benefit from AWS as a user. I actually said relatively little about Soracom and focused mostly on how we use AWS and what AWS has made possible for us as a company.

Since all of the presentation materials will be released publicly, I won’t repeat that here. Instead, this blog will let me share some detail about the experience of sharing a stage with Dr. Vogels, and about my own thoughts and feelings as a genuinely grateful user of AWS. 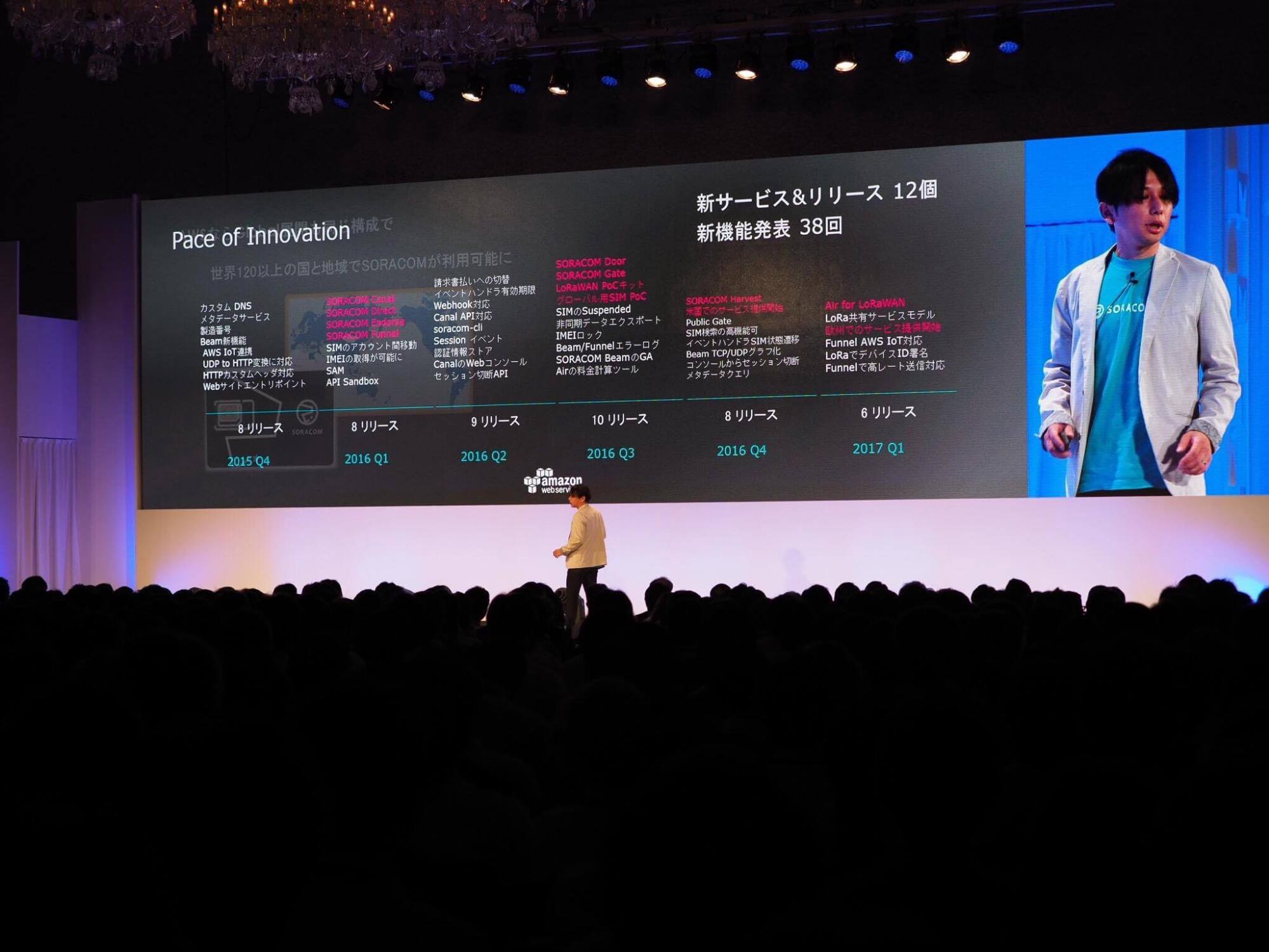 It’s hard to overstate how much I have learned from Dr. Werner Vogels about designing distributed systems and constructing systems on the cloud. In my previous work as an AWS Solution Architect I benefited directly from his knowledge and insight. In my current work as CTO of Soracom I keep in mind many of the principles that I first applied under his guidance at AWS. Horizontal Scalability, Resilience, loosely coupled microservices… all of these and more are foundational to the cloud as we know it today. 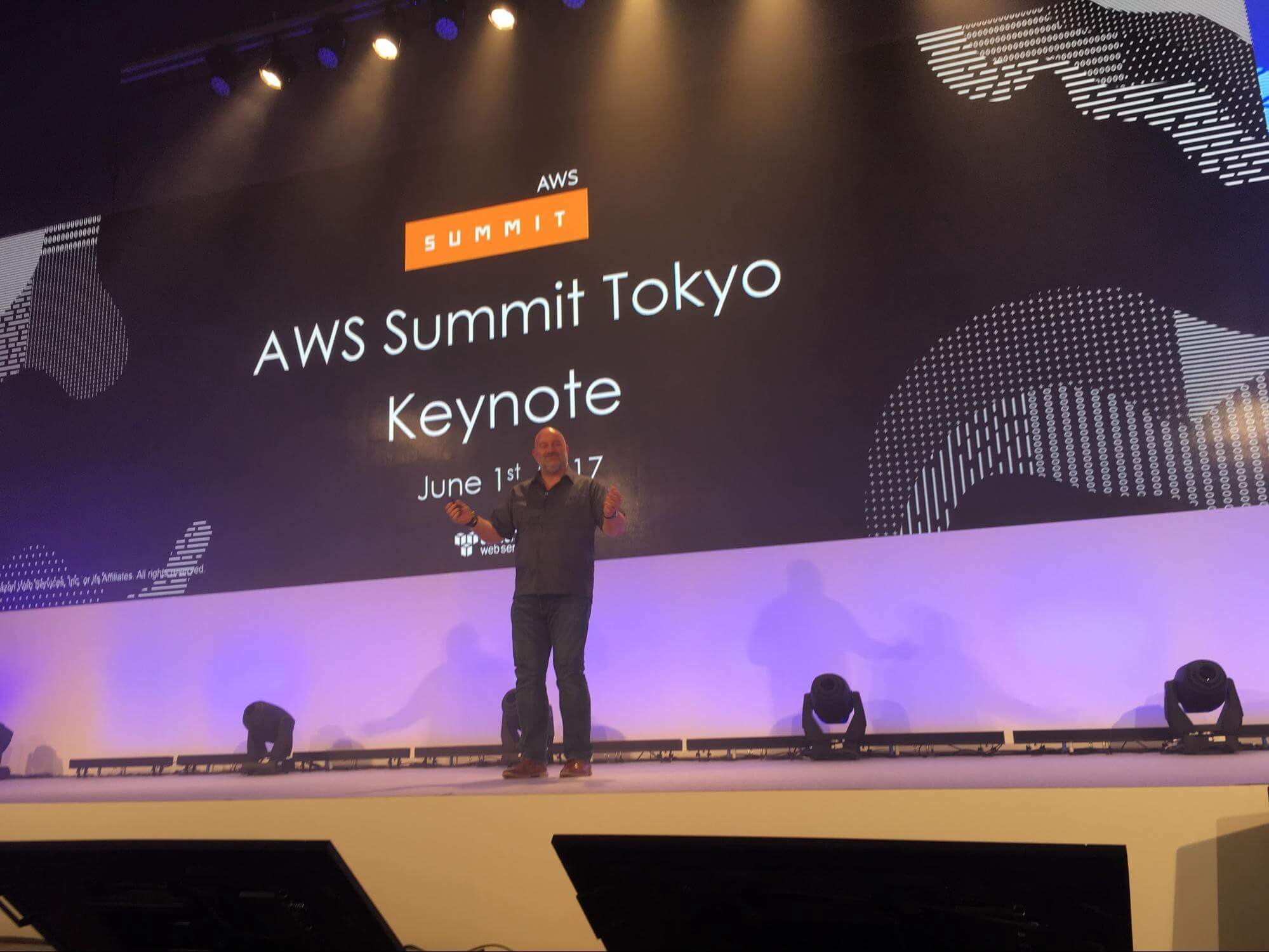 Dr. Vogels’ sessions are always overflowing with technical and business advances. When he speaks, I always feel privileged just to attend, so the opportunity to participate in his keynote as Soracom CTO was like a dream come true for me. I’m usually very comfortable speaking in public but this time I was actually quite nervous! (And it turns out I wasn’t the only one — a reporter I know who was in the audience actually told me afterward that he was nervous for me too!) 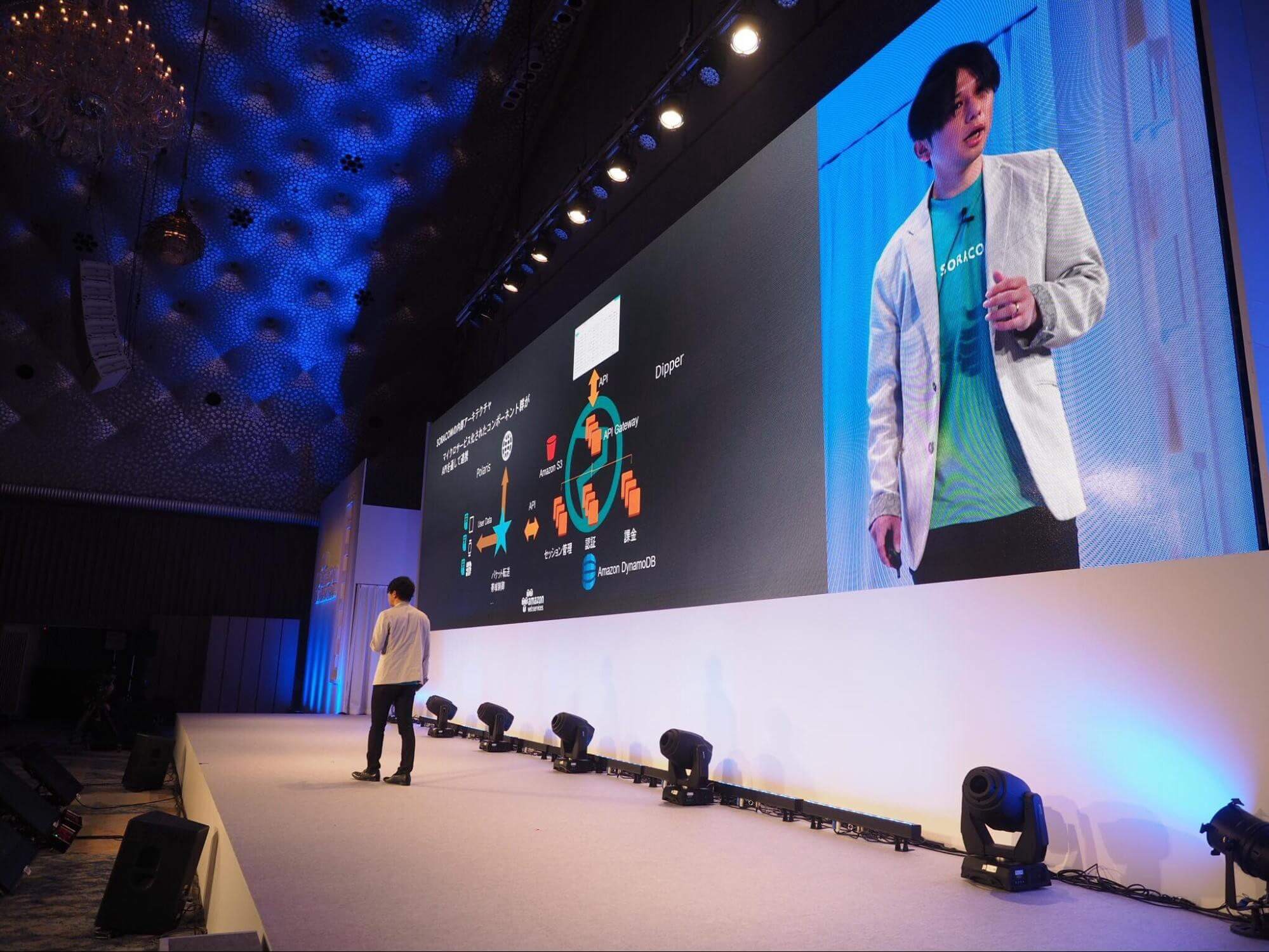 AWS: super powers for everyone

The message at the beginning of Dr. Vogels’ keynote was that AWS gives super powers to everyone, regardless of their role or the size of their organization.

As a person who uses the AWS cloud professionally, I recognized the truth of this immediately. 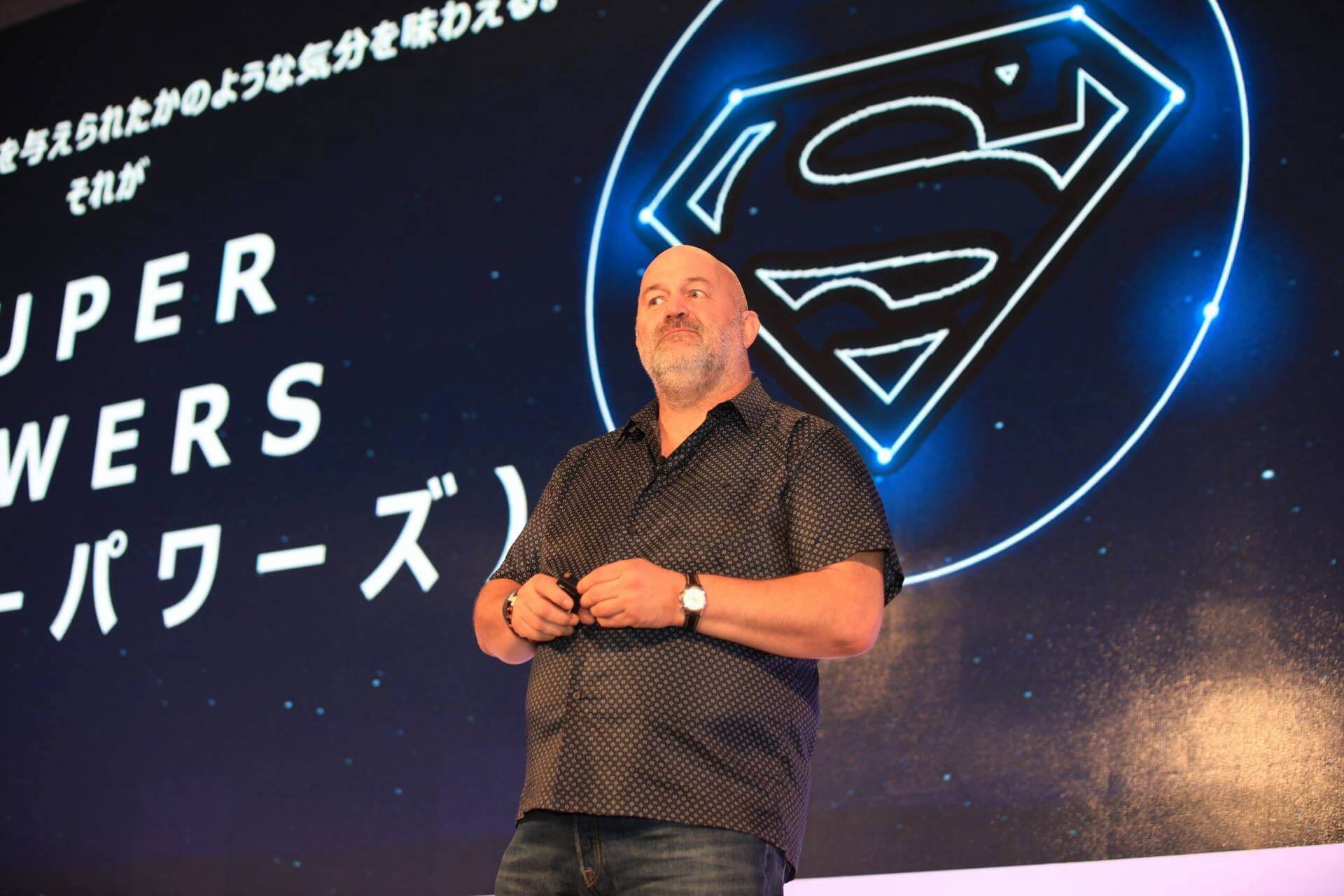 In a world without AWS, if someone asked you to create a fully scalable platform connecting potentially infinite variety of IoT devices, your first thought might be: how fast can I run in the opposite direction? You certainly wouldn’t think to create a cellular network for IoT as he have at Soracom.

But in a world with AWS, a very small startup team can launch a very big service like Soracom. To have full access to tools that let anyone build on a global scale… that really is a super power, and we have felt the benefit directly.

By showing in my portion of the presentation how our small team has successfully applied AWS best practices to create a platform serving thousands of customers, I hope that I was able to provide some support for Dr. Vogels’ point about super powers.

The ability to quickly release new functions and receive feedback from customers accelerates the development loop, so in addition to super strength, AWS also gives us the super speed we need to release many improvements in a short time.

In his Keynote session, Dr. Vogels explained the changes that AWS has brought about, including examples of high-impact startups that change the world, new ideas from big companies, and supporting stories from guest speakers addressing these new opportunities.

I thought that it was amazing to hear this, and to understand the full scope of AWS’ influence. 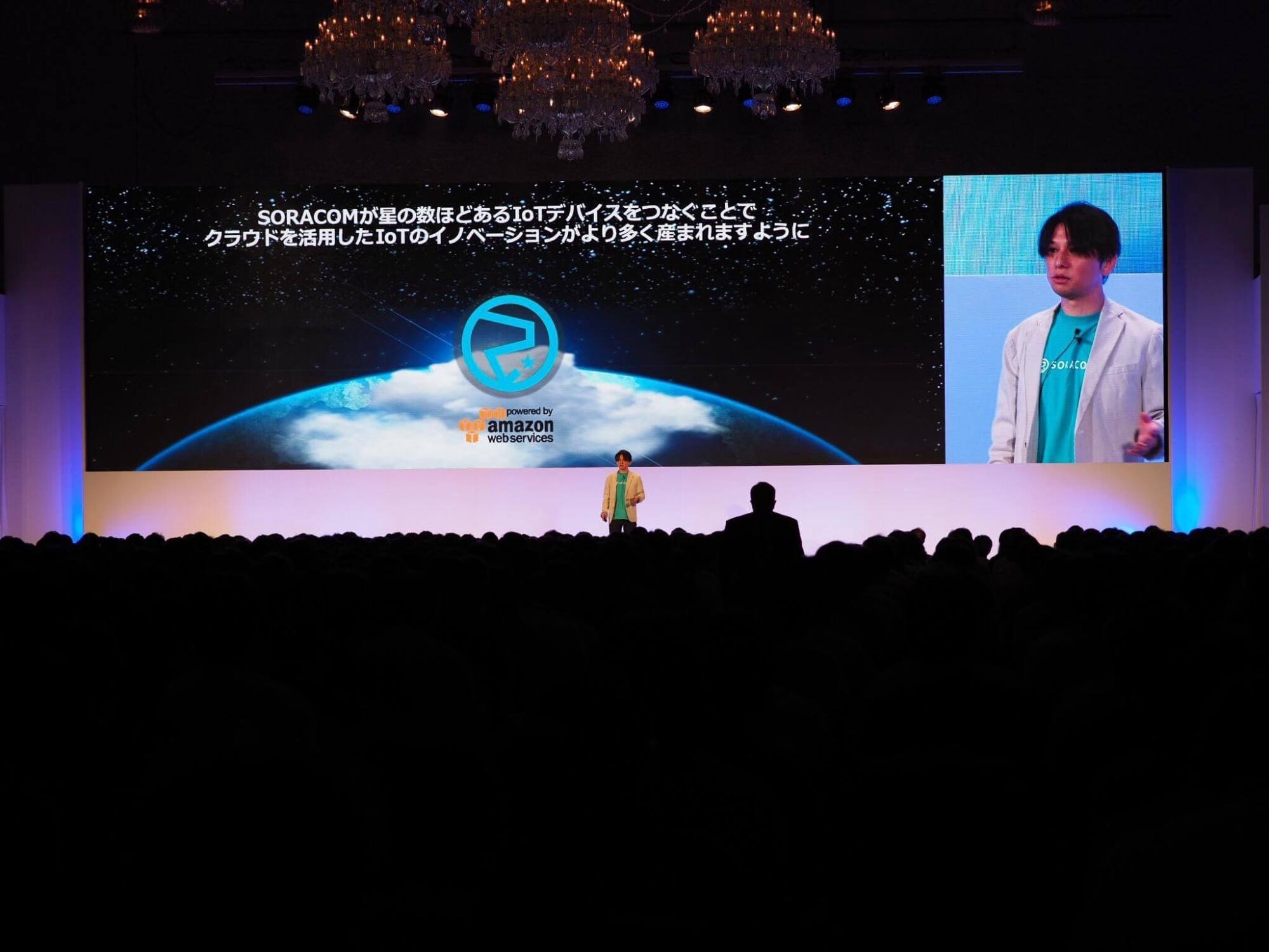 It is not just a matter of improving something in a particular industry, but a transformation that touches every business in every industry. As a result, AWS contributes to changing the world for the better.

The goal of SORACOM is to be available as needed by anyone, like AWS. In the IoT era, developers and innovators can equally obtain Super Power regardless of the scale or position of the organization. It is a platform that contributes to changing the world for the better, with more tools more accessible to more people in more places.

SORACOM, built on AWS’s global infrastructure, said that along with a picture that connects as many devices as the number of stars to the cloud, I finished my presentation on that day.

Still Day 1. We will continue to evolve the platform, aiming for a truly ands fully connected world! 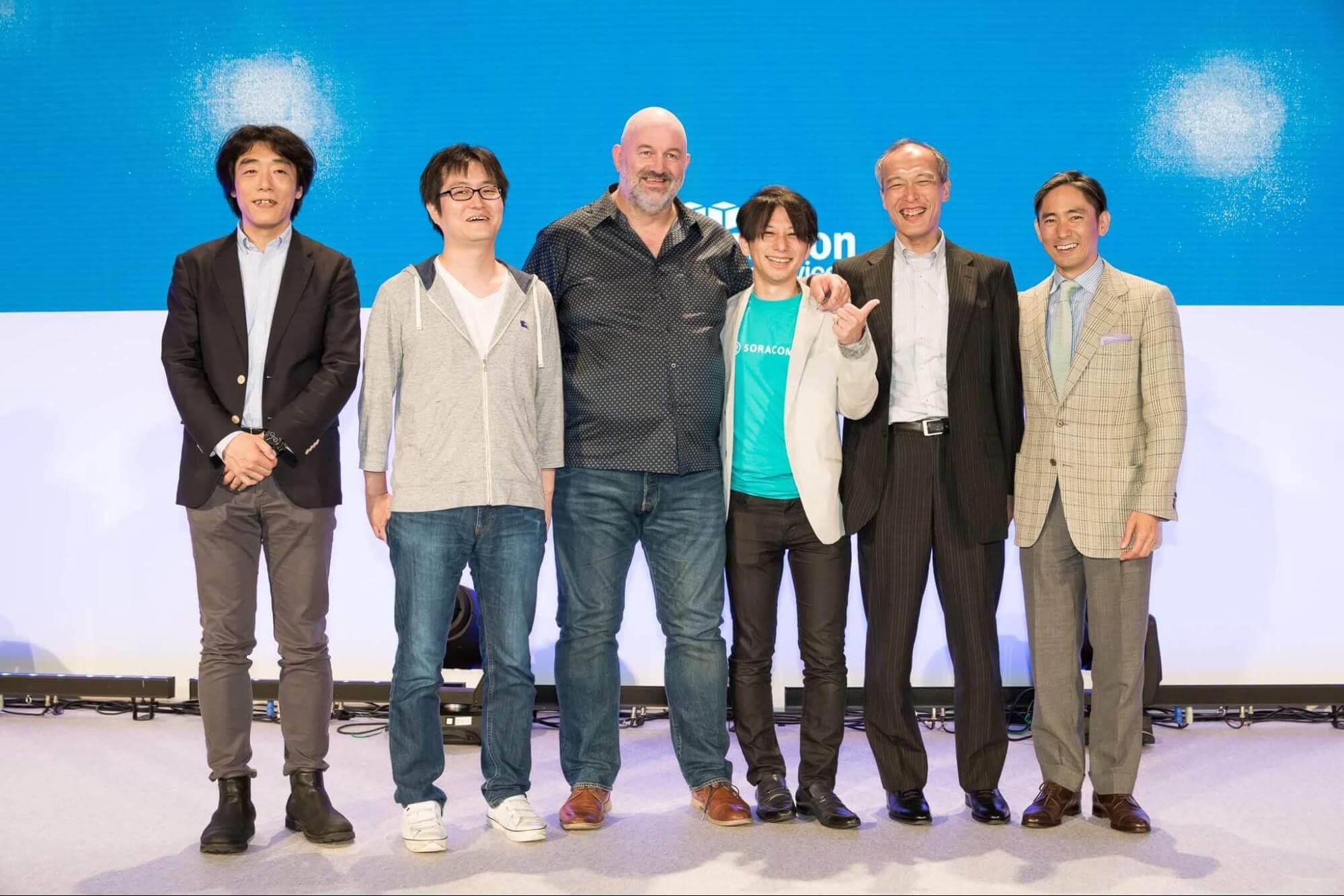